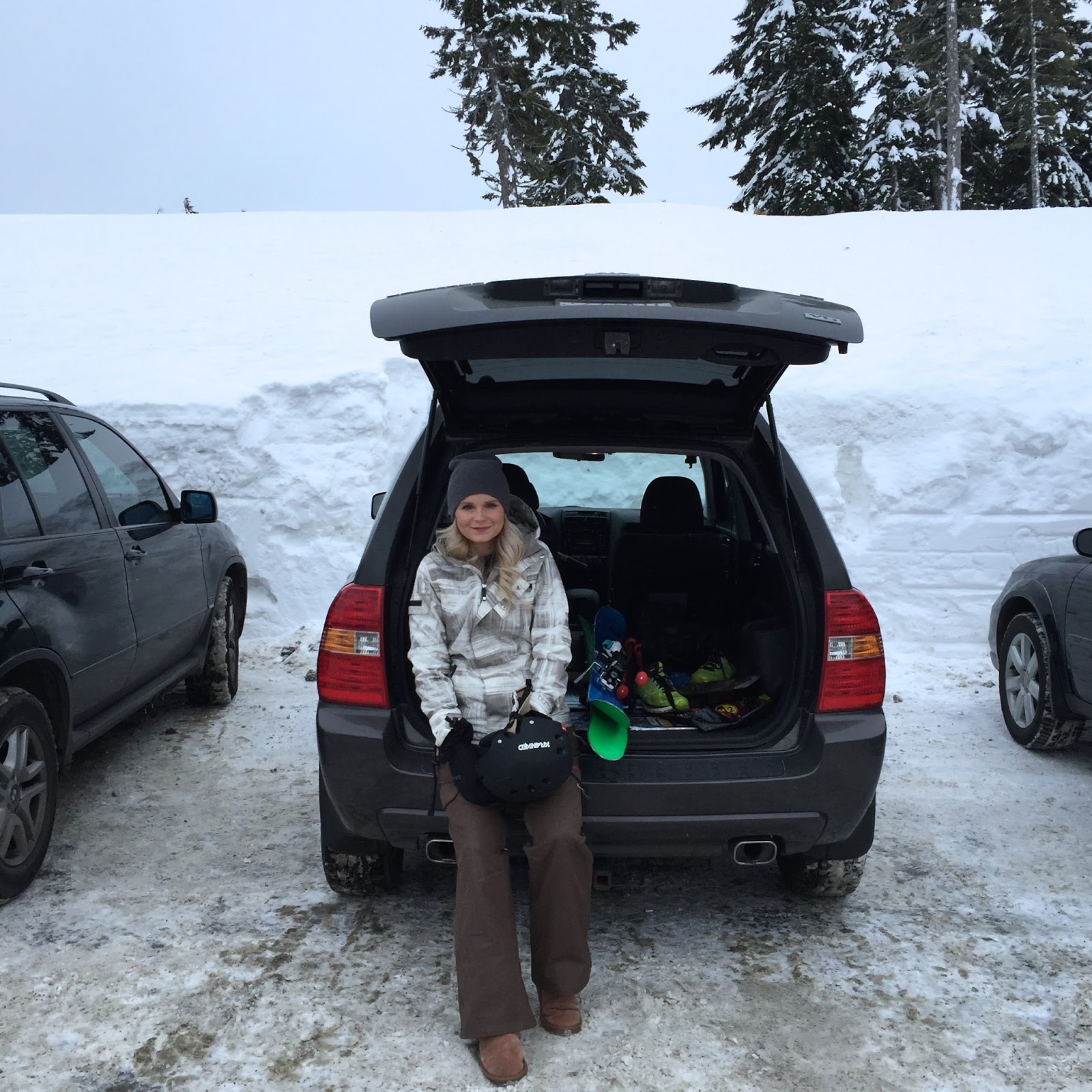 2 mountains in 1 week. We sure are making good use of our time back home. It feels like we have been on the go non stop since we landed last Friday.

On Christmas, we had a full day of hopping between my moms house and Ken’s parents house, making sure we lots of time with both families. We hit the hay relatively early on Christmas and were up early again on boxing day to head down to my family cabin in the States. Our little ‘home away from home’ is located at the base of Mount Baker, so we planned to get down early enough to ski that day.  It took us no time at all to get to the cabin, so we quickly changed into our snow gear and hoped back in the car to drive up the mountain. 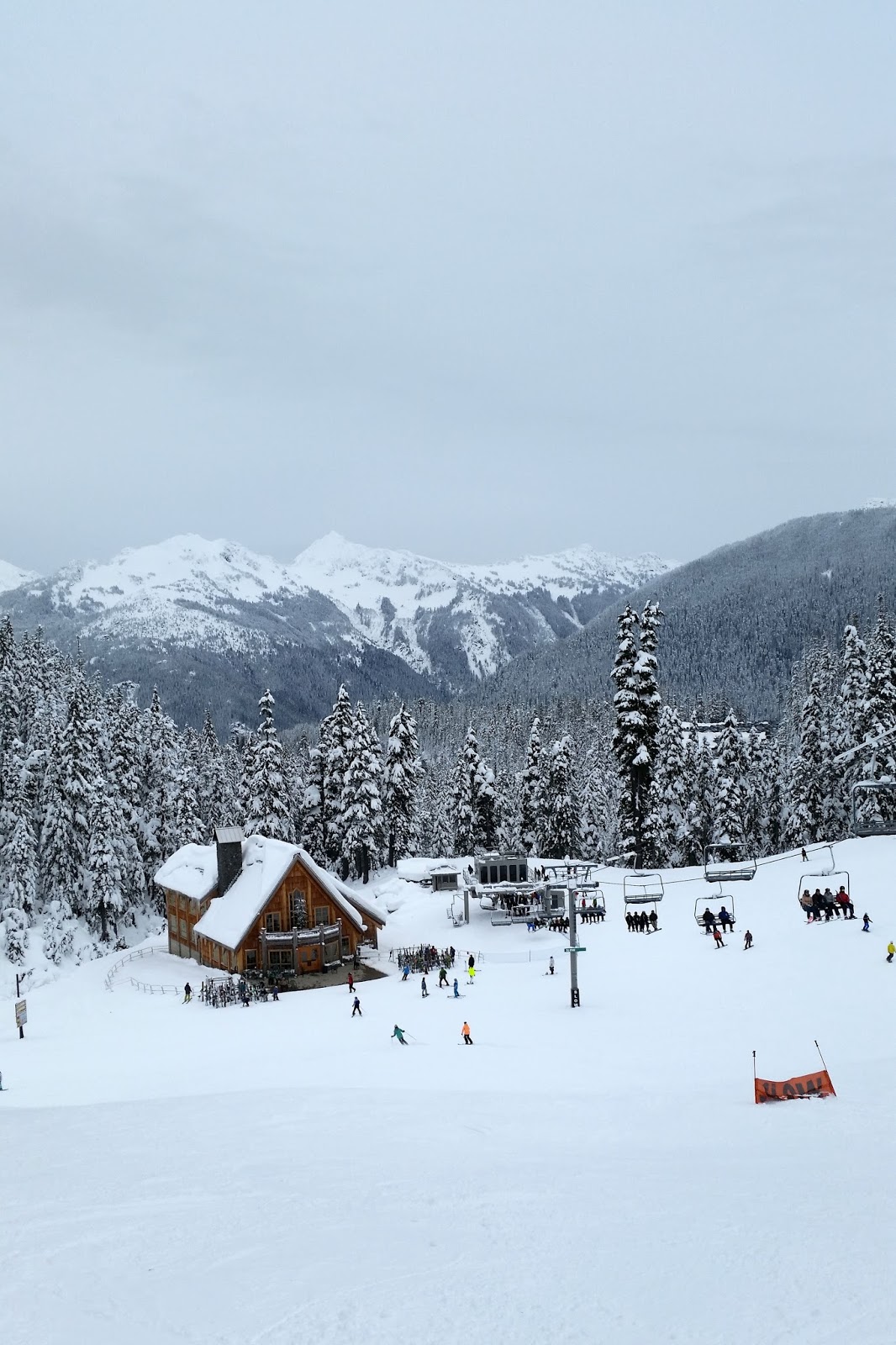 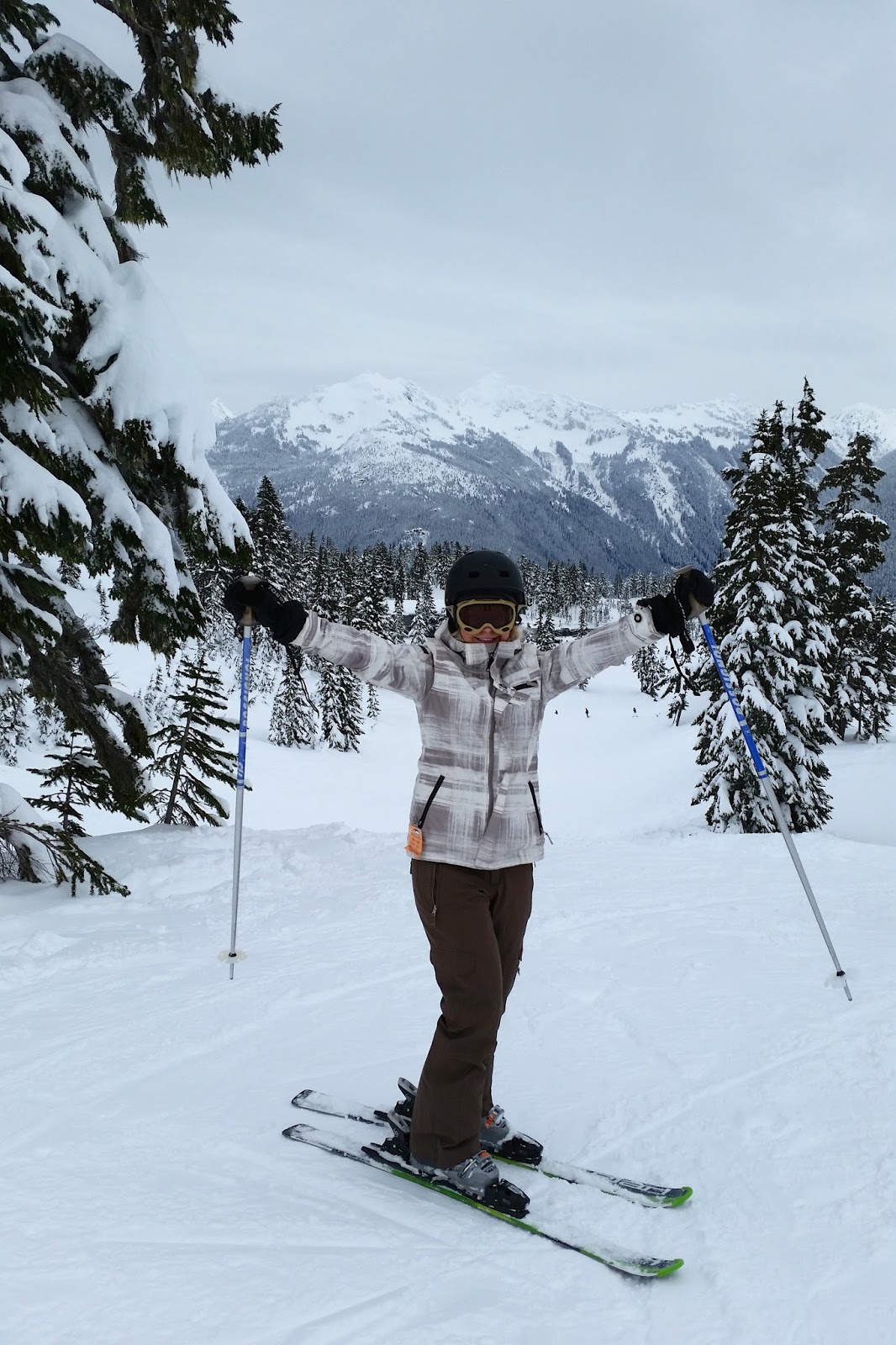 By noon, we were gliding through the snow and earning our apres ski treats.  I’m still very new to skiing, so in just a few hours, my legs were exhausted. 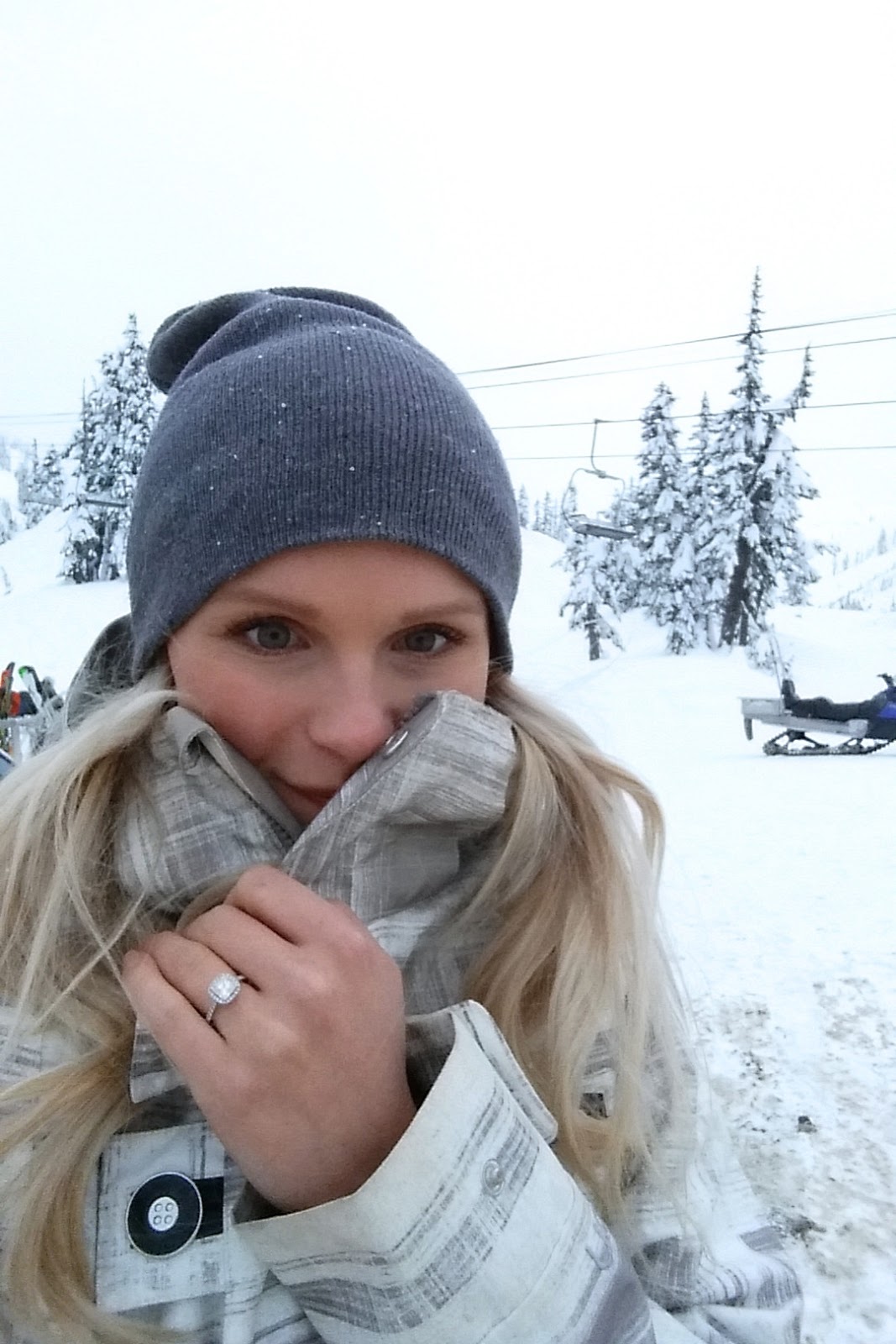 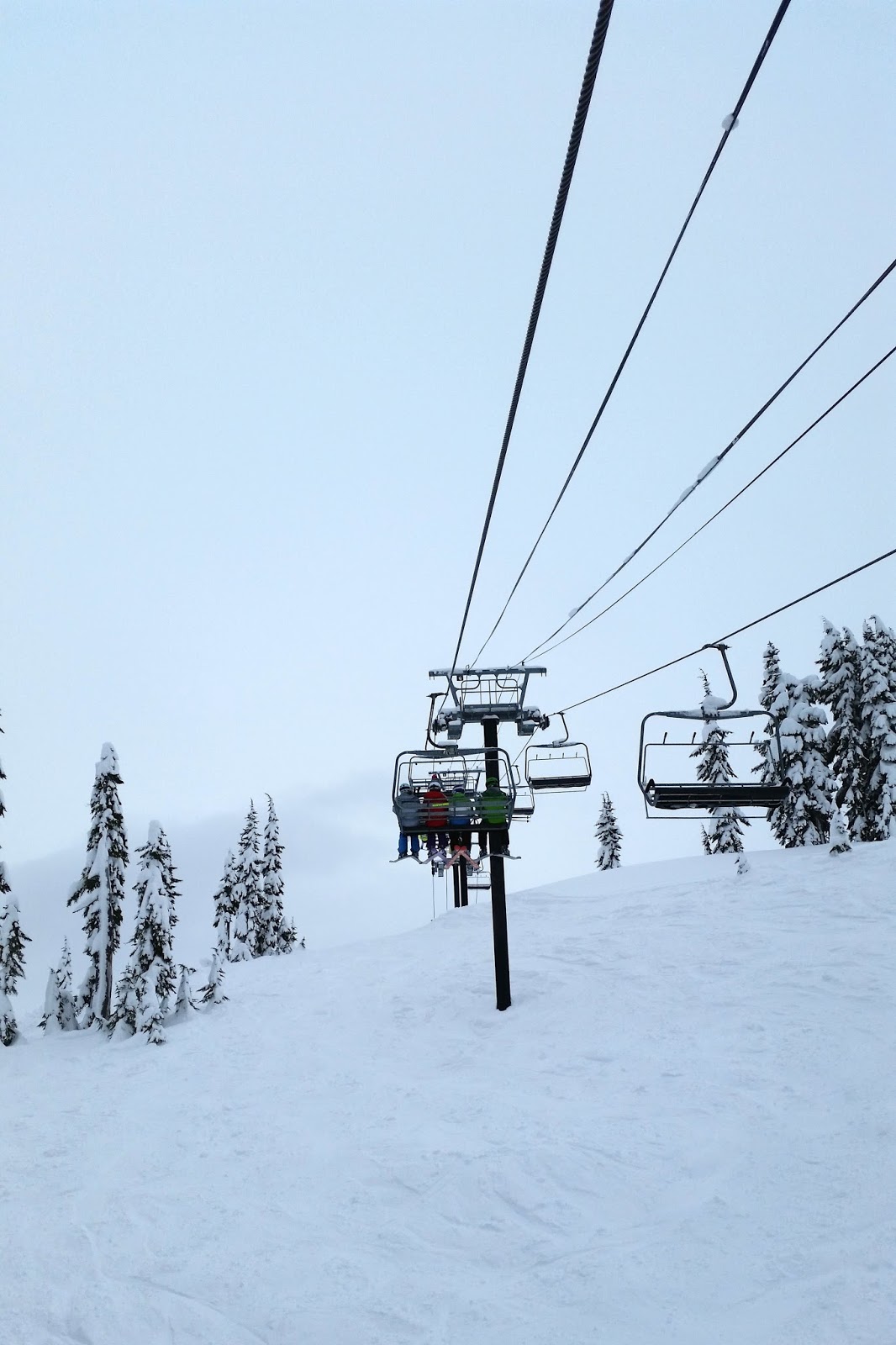 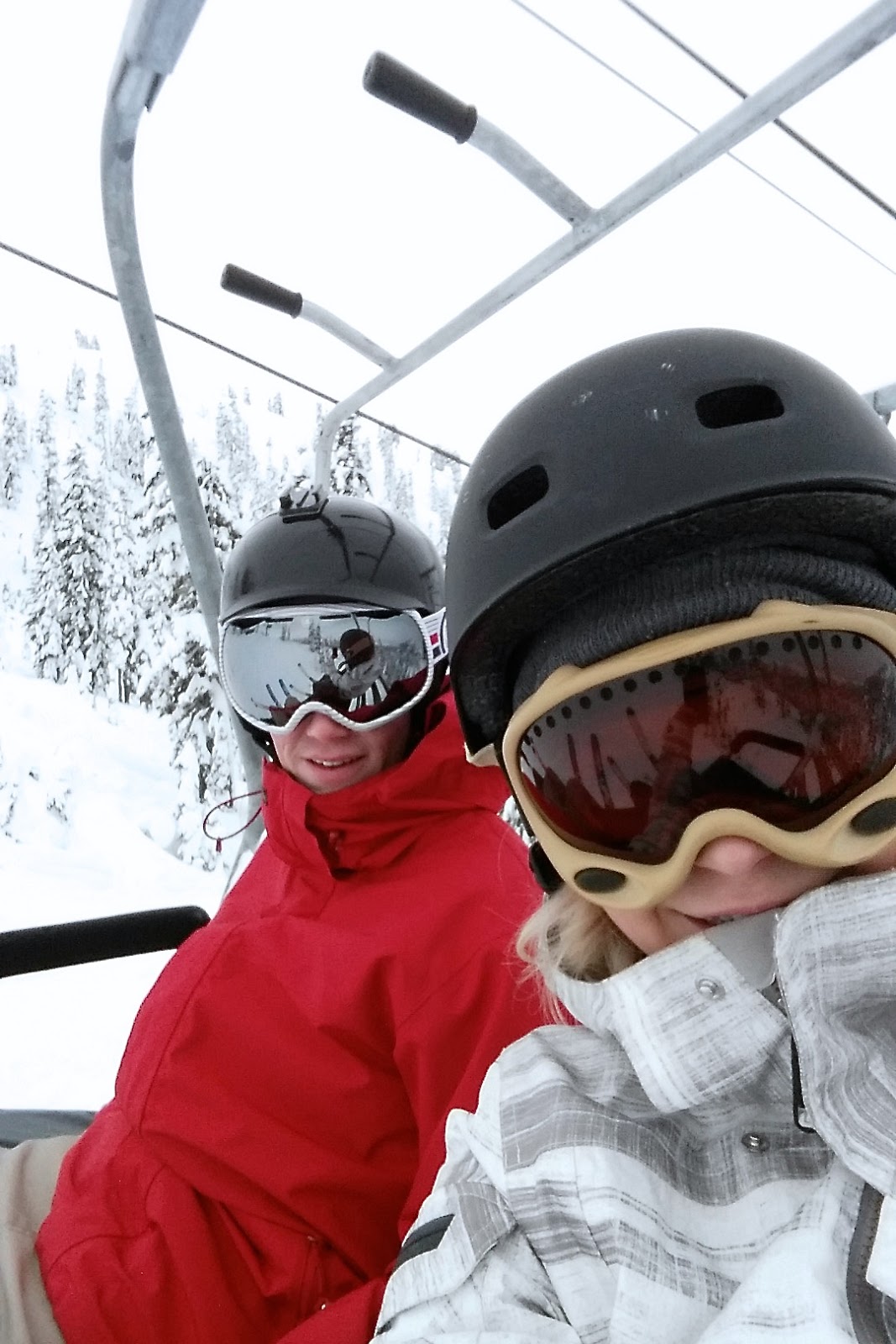 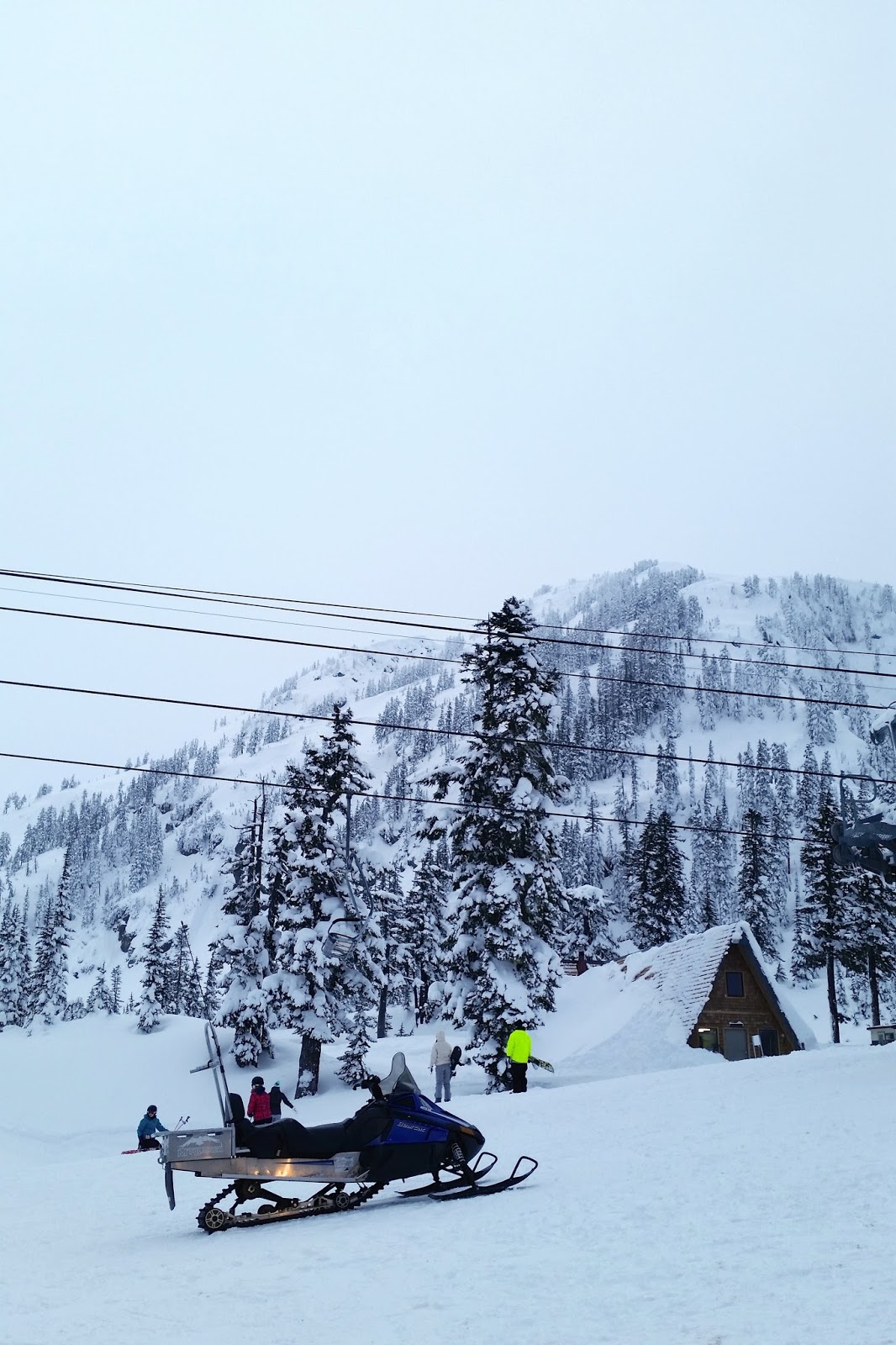 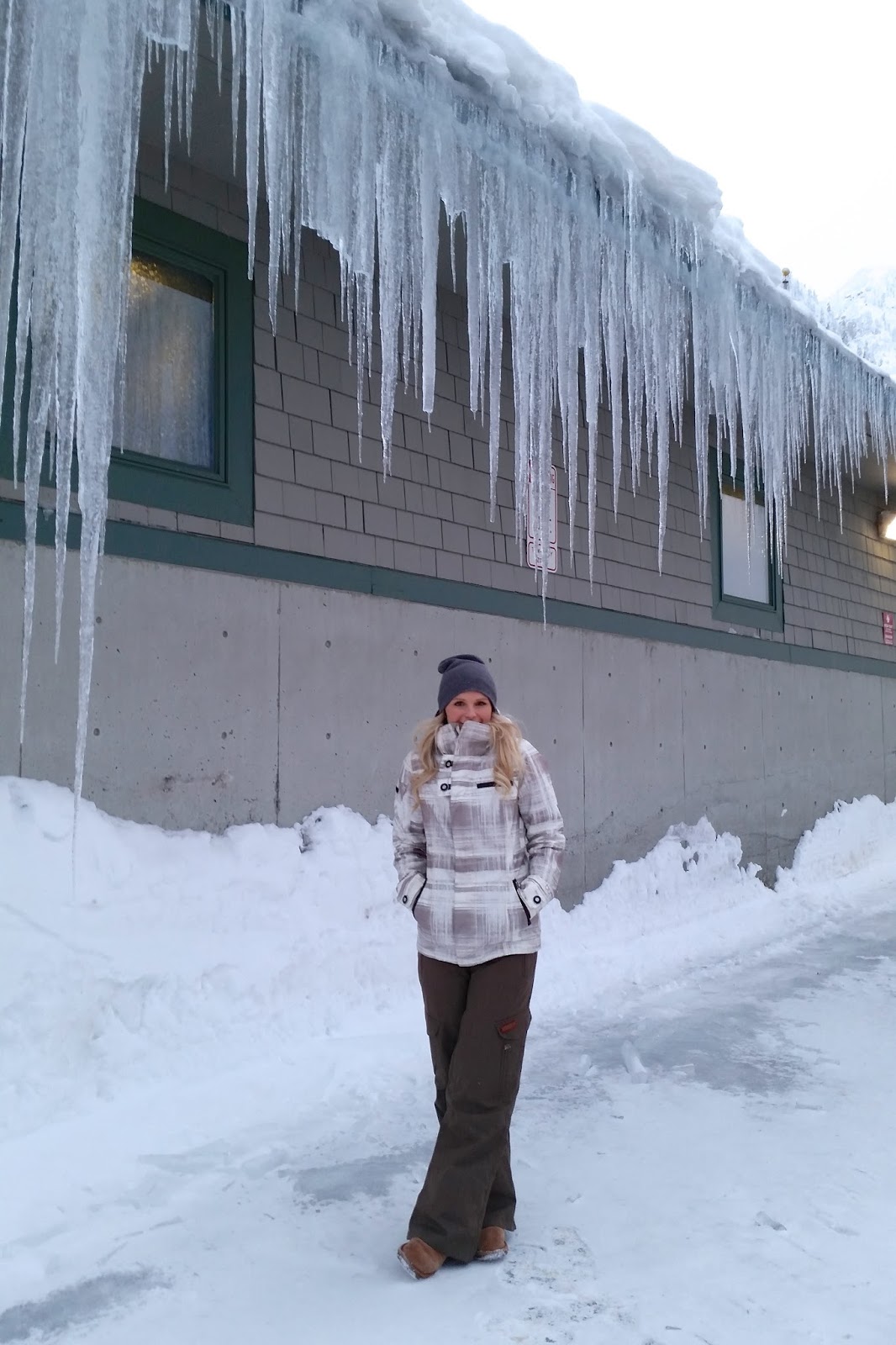 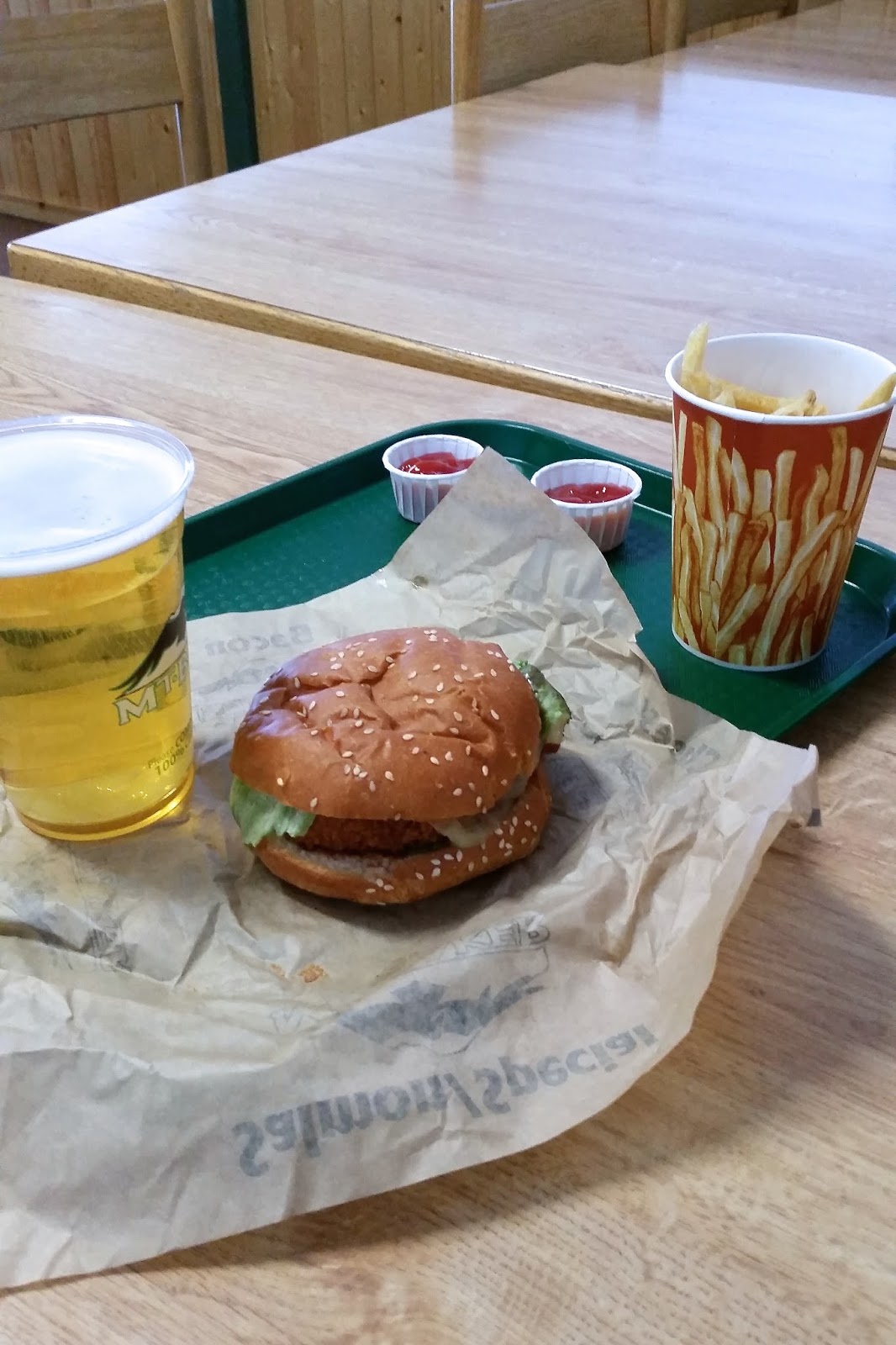 Once my legs had officially given out (they were shaking like crazy by the time we were called it quits), we stopped in one of the lodges for a crispy chicken sandwich, fries and a beer.  I ate most of it because I was pretty han-gry. Ken would rather give me most of the meal than deal with a hungry Andi. 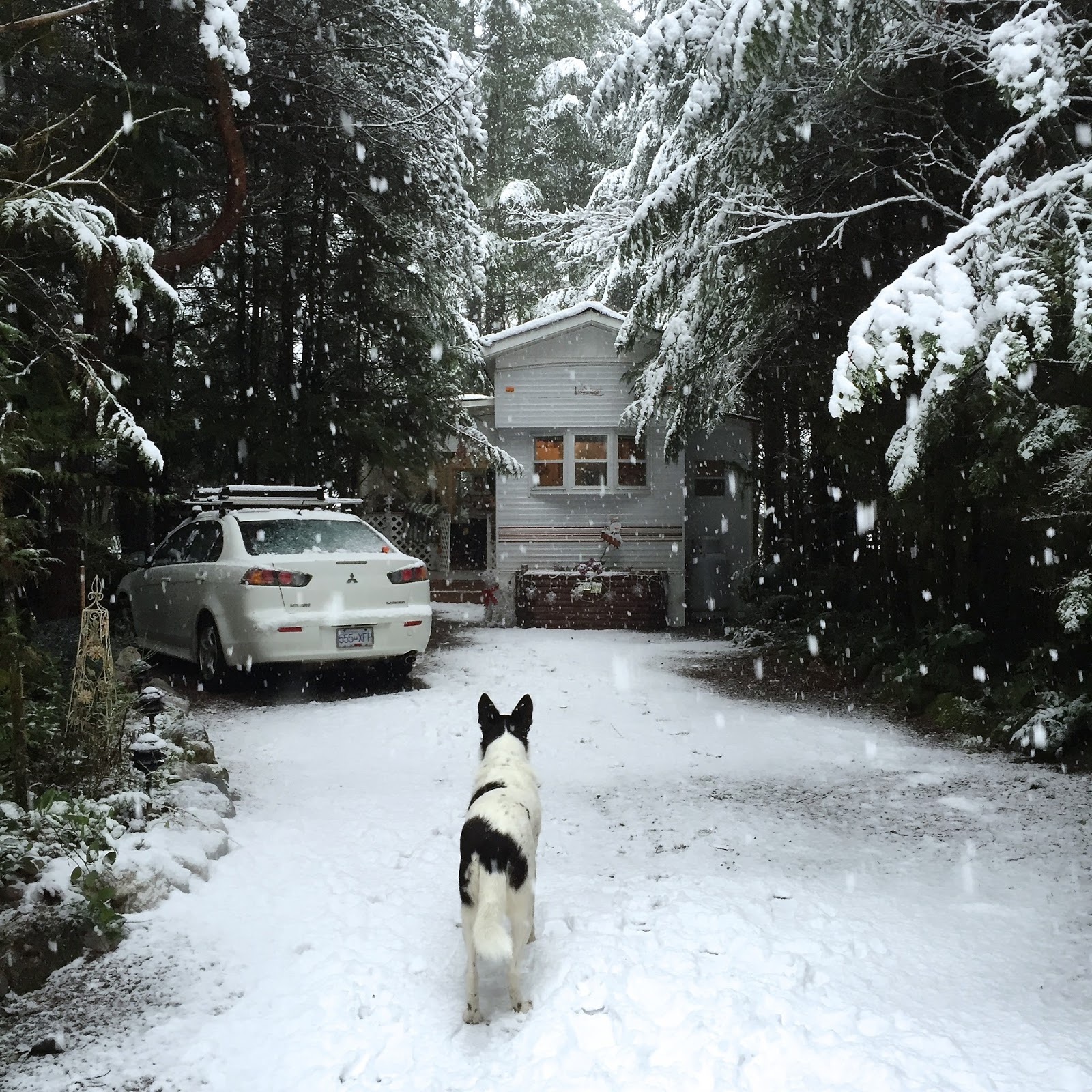 Later in the evening, when we had returned to our cabin, two of our good friends joined us for the night. We sat around the fire enjoying a few beers and tossing snowballs for the puppy. 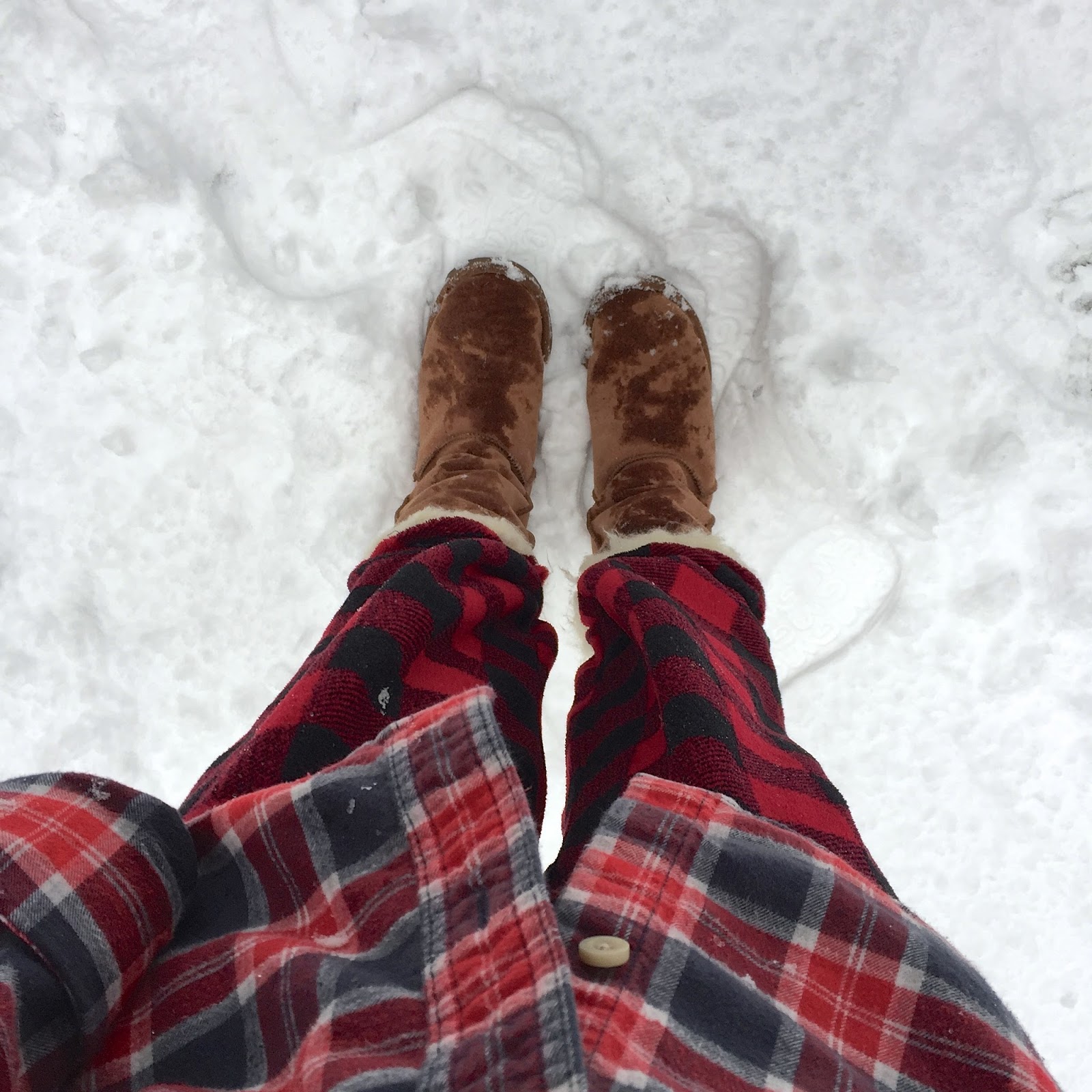 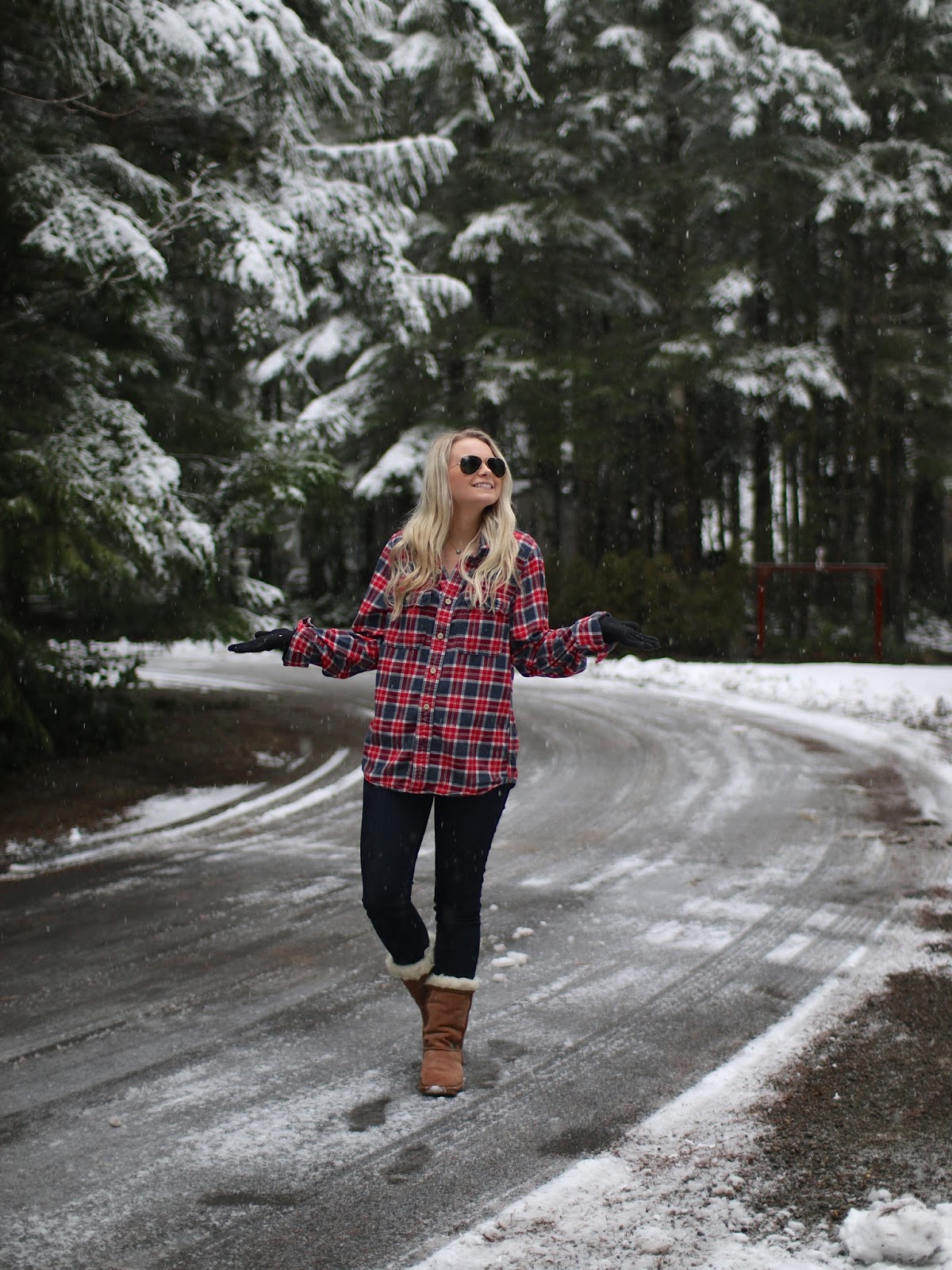 The next morning, we were delighted to see it had started snowing! And it didn’t stop all day! These photos were taken pretty early in the day, so the roads and trees were completely covered by mid-afternoon. It’s a camping winter wonderland! 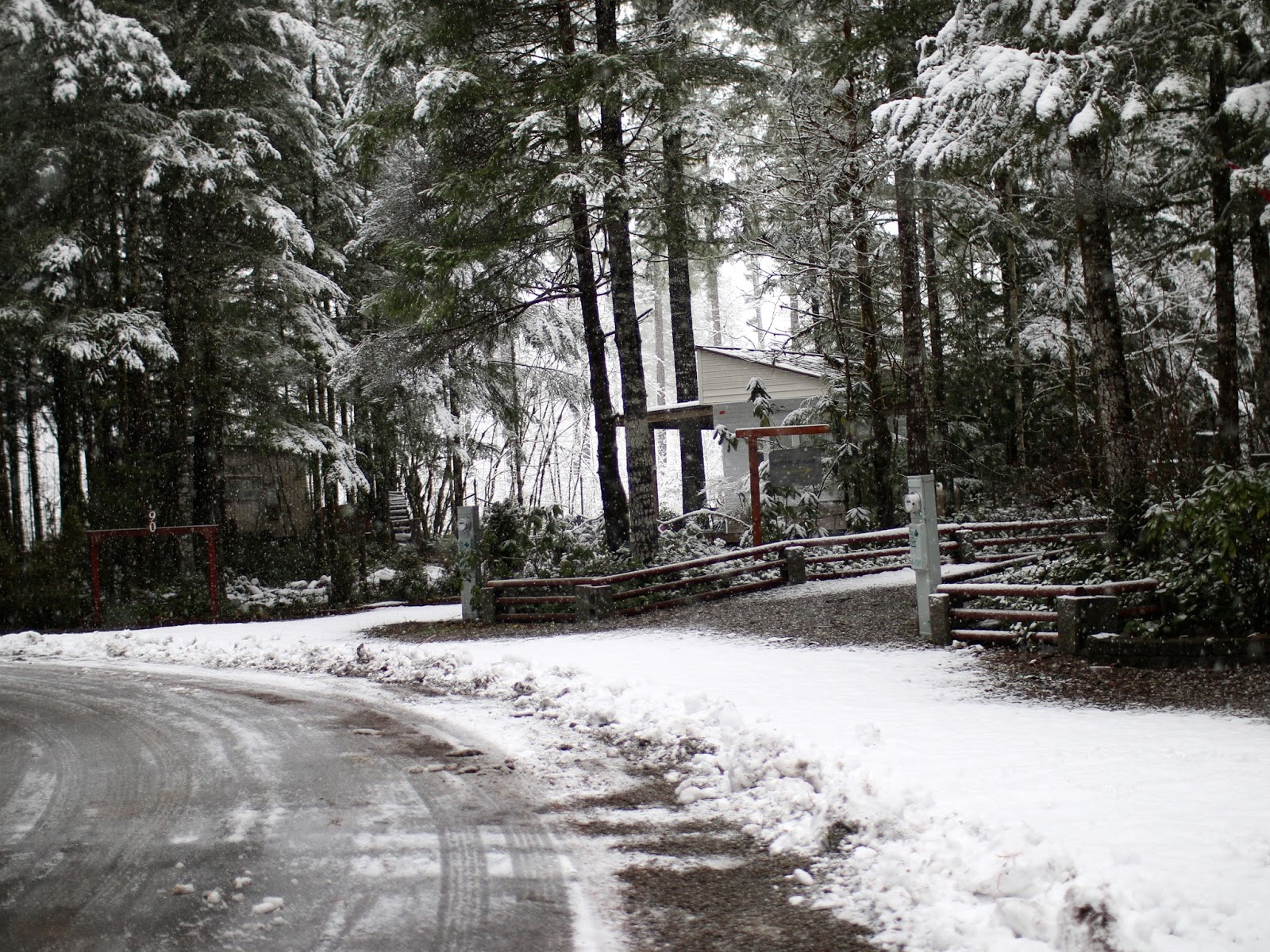 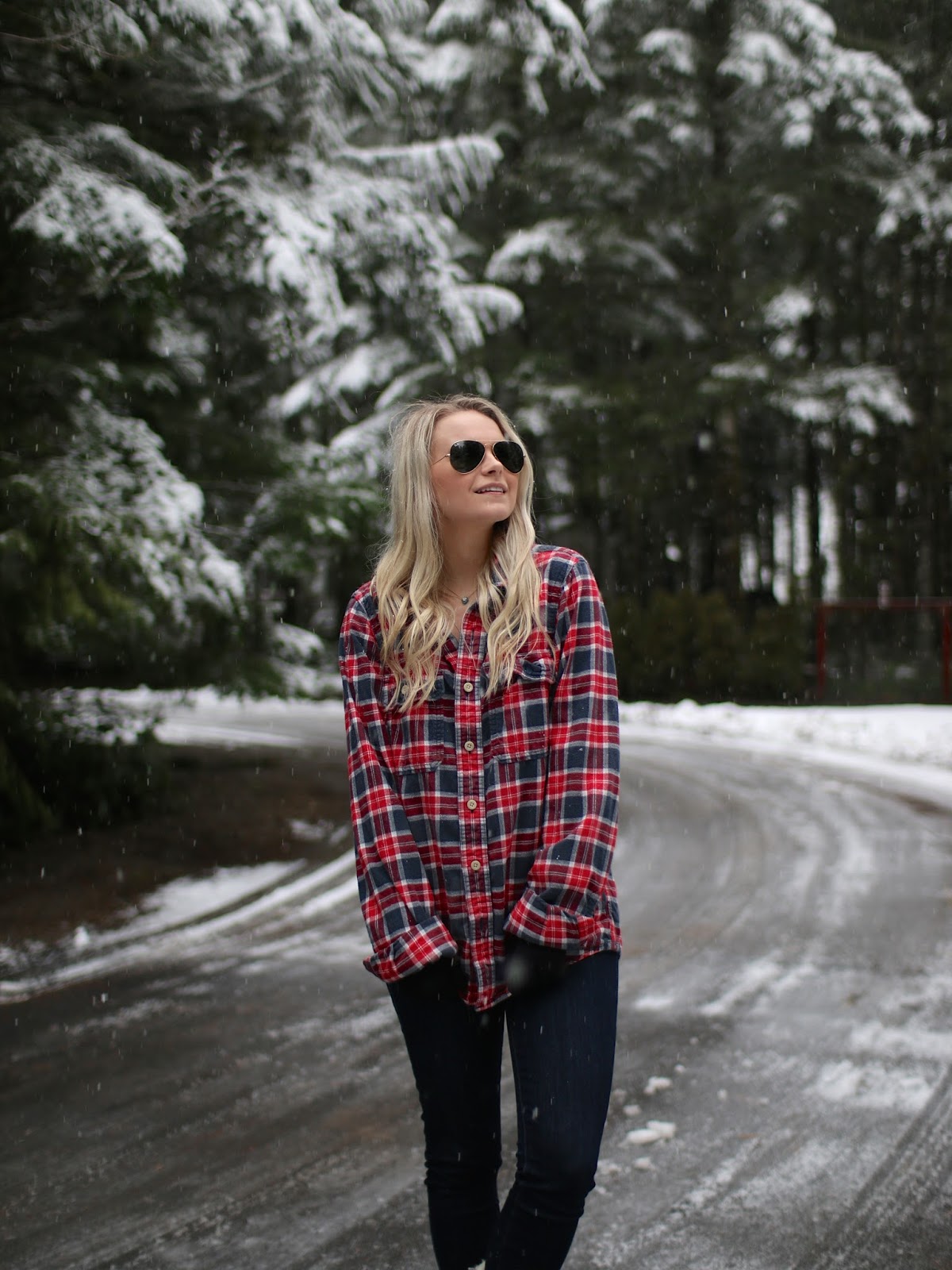 I bundled up in Ken’s old flannel shirt and my old EMU boots to keep me warm on our walks through the snow.  I also layered my underarmer and another long sleeve shirt under the flannel – it was bloody cold!

The boys headed back up the mountain for another day on the slopes, but us girls opted for a quiet day around the grounds.  We took their pup for a long walk in the snow which was doggy heaven for her. 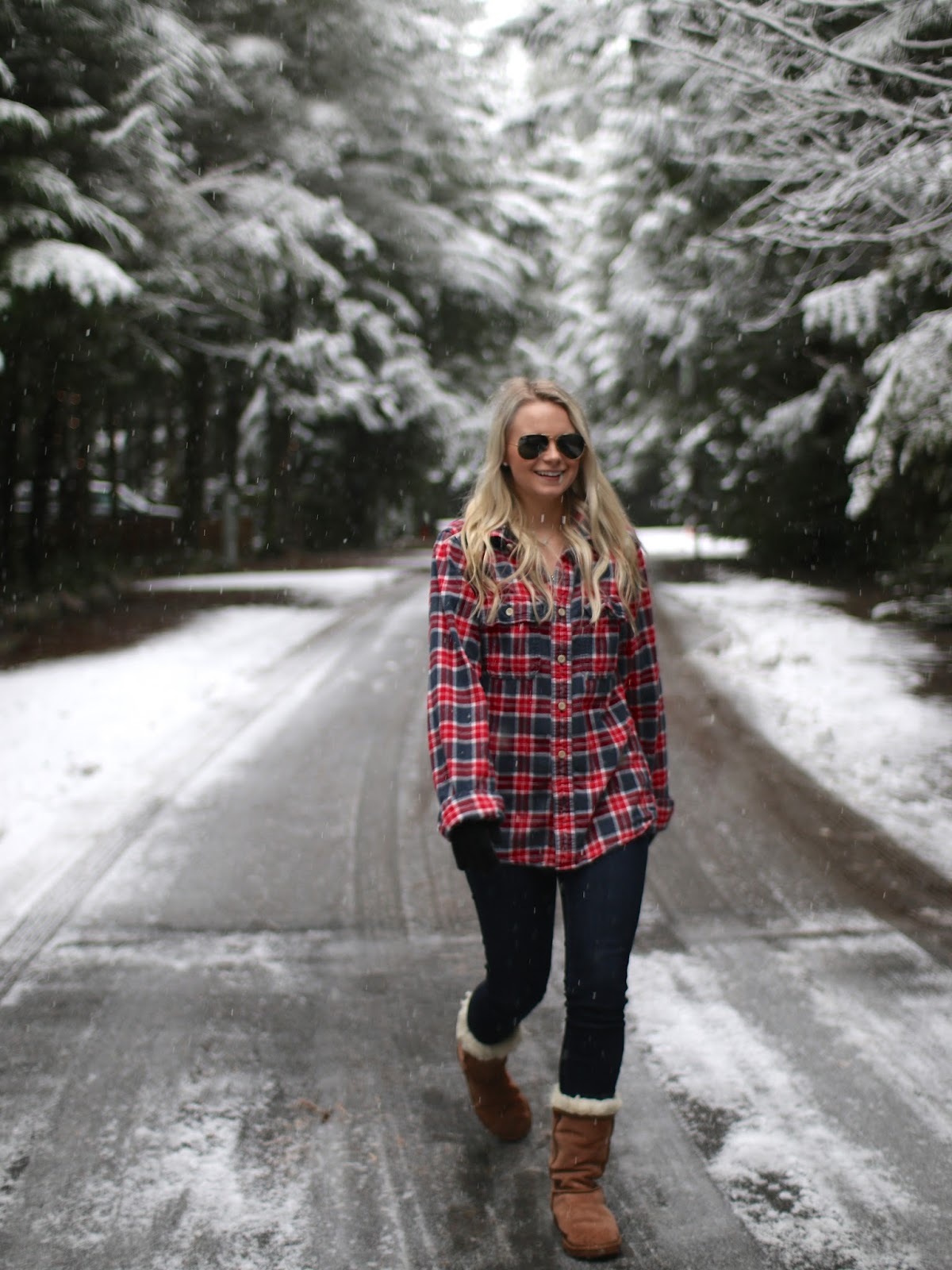 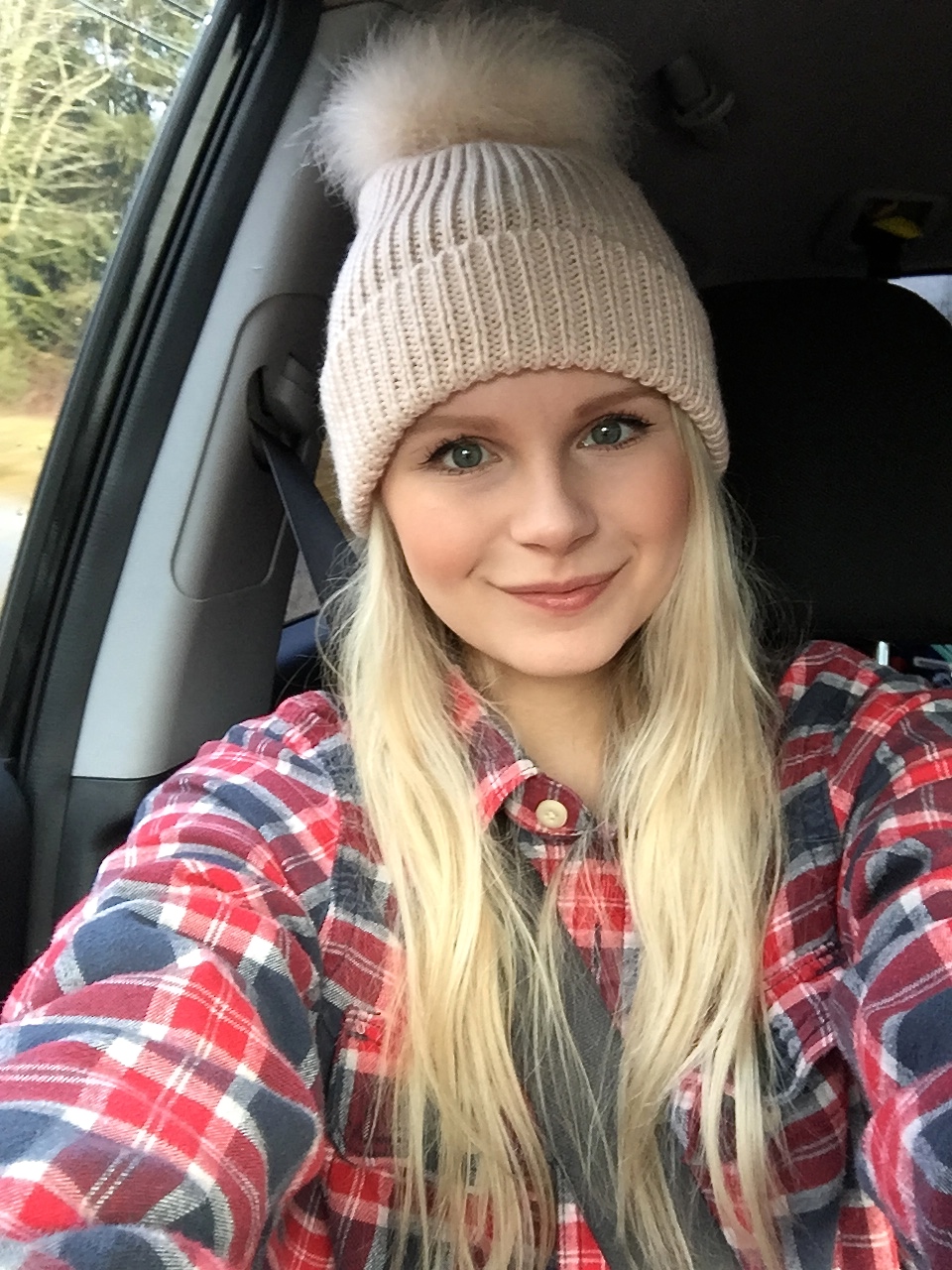 All in all, a pretty awesome weekend in the snow.  This morning we will be heading back to the city to get back on track after all the holiday madness.

Ps. I’m going to be filming a Q&A video on my youtube channel soon.  So, if you have any questions for me, or are curious about something, leave me a comment and I’ll add it to my list 🙂