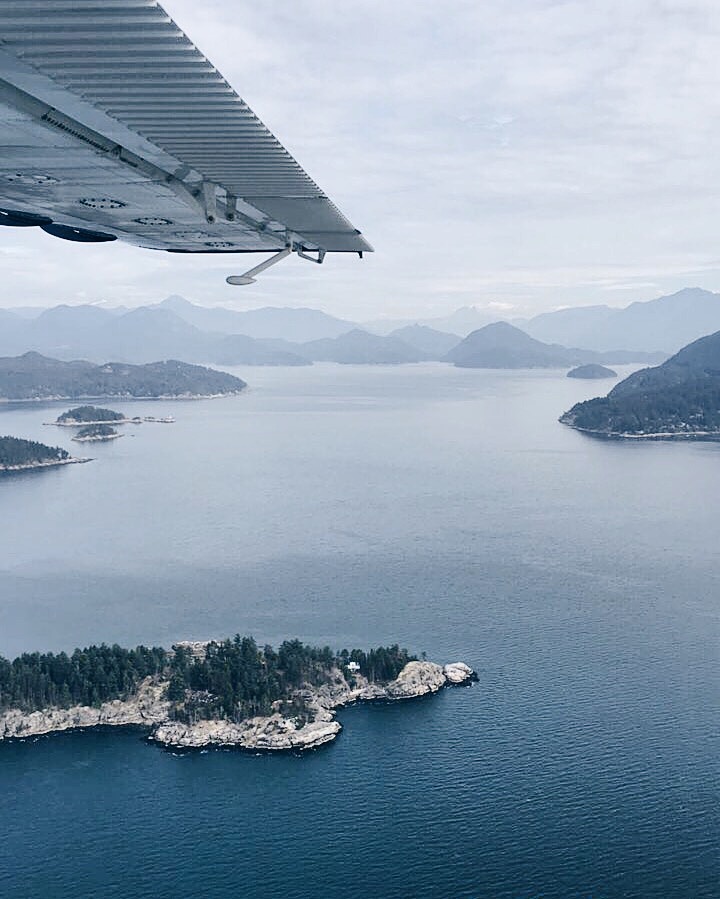 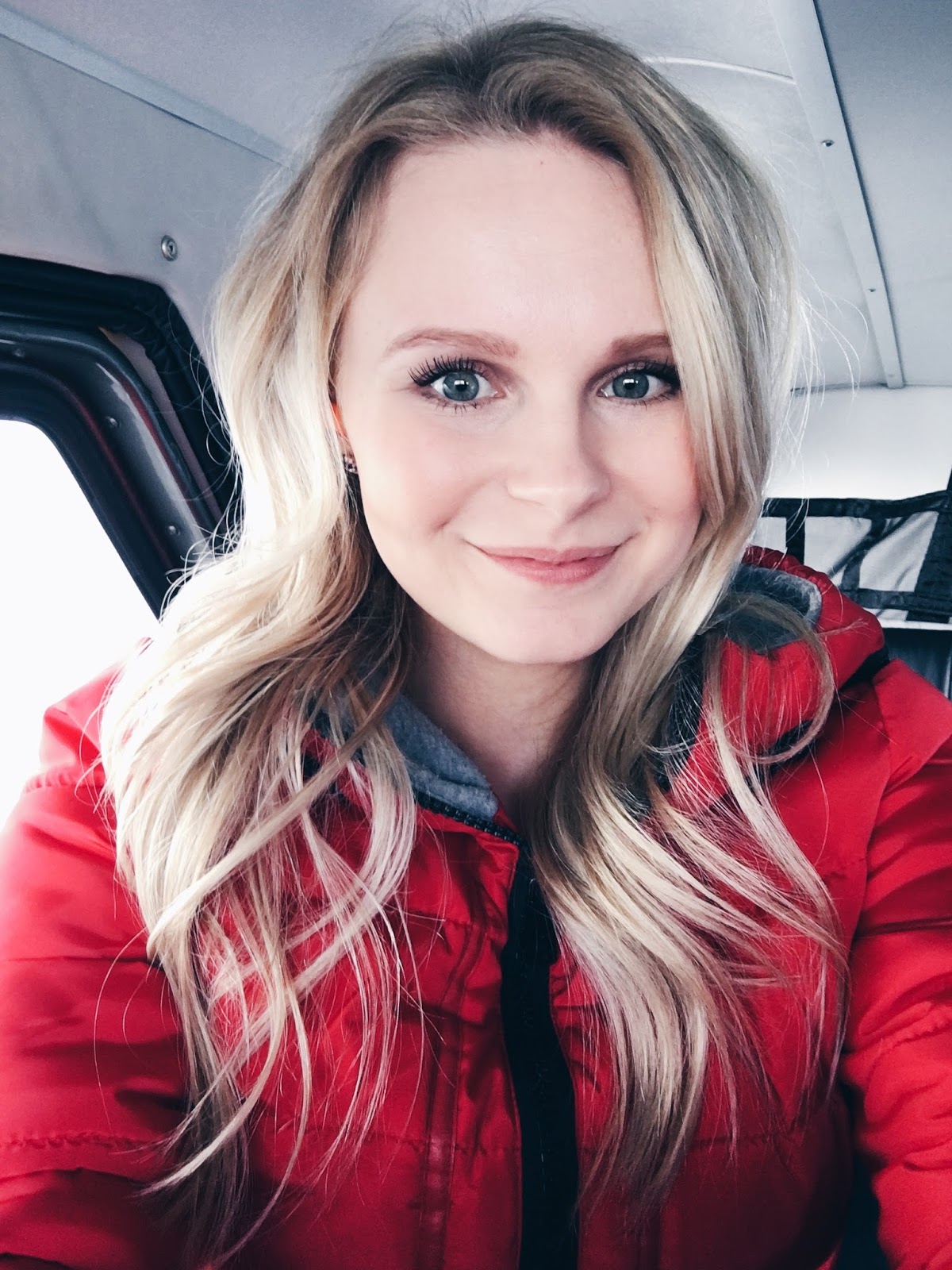 It’s wild the amount of guilt you feel as a blogger when you disappear for weeks at a time! Getting a new post up has been weighing on me for what seems like forever! But here we are – back at it!

At least I have a good excuse for the lack of blogging…we moved back to Vancouver!!! Hard to believe I’ve been off work from the hospital for a whole year now. I’m shaking in my boots thinking about walking back in those doors in just a few days. But aside from the physical move, scouting an apartment, starting the decorating process, get settled and exploring our new area – we’ve been busy spending time with family and friends we haven’t seen much over the last year while away in London. Even though I’m still not back at work, I feel like a busy bee! So, in short, I apologize for the lengthly break from the blog, I really hope a few of you have hung around! I have a TON of posts from our travels before we left London.  As well as plenty of content going up on my youtube channel. 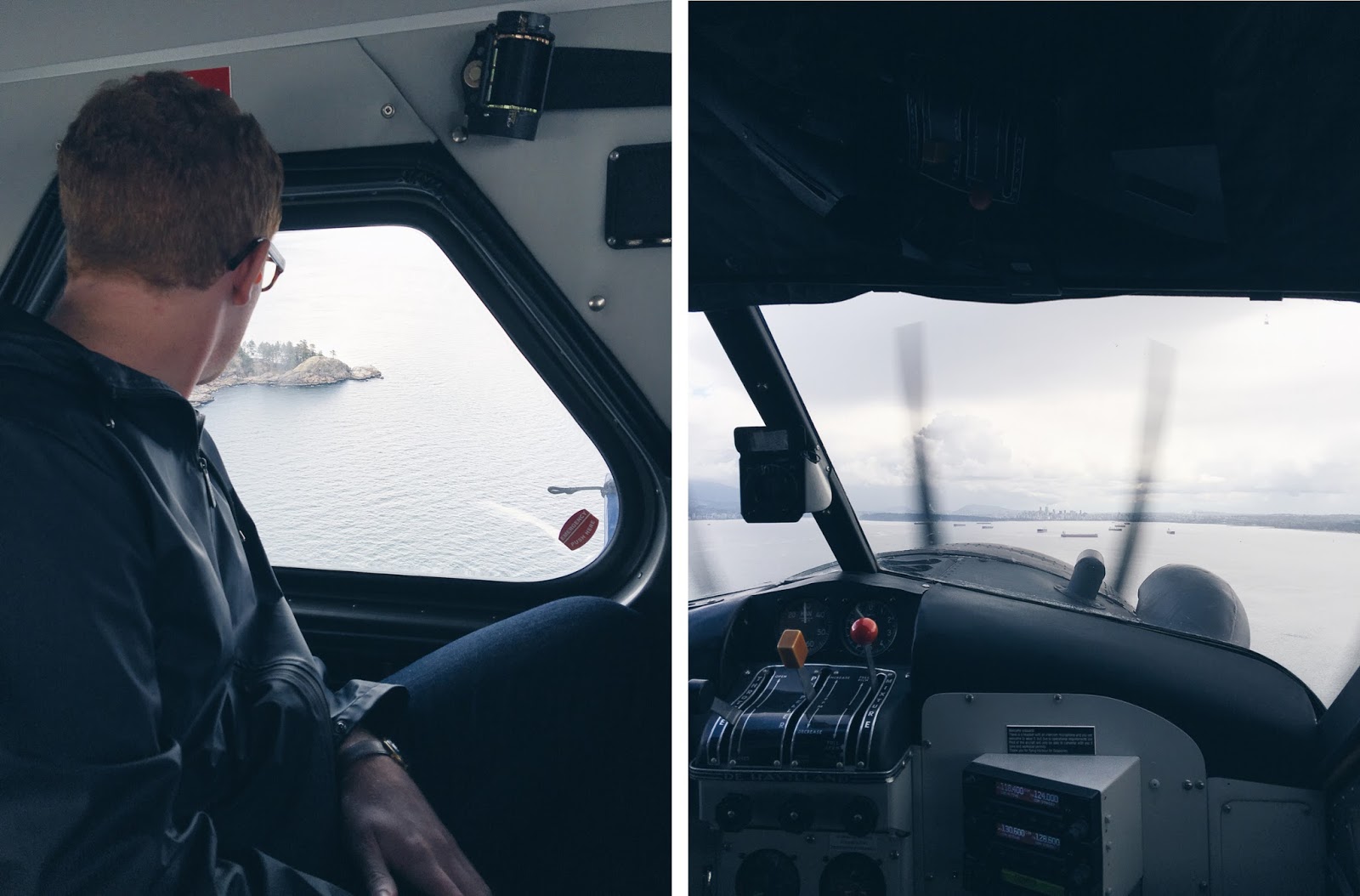 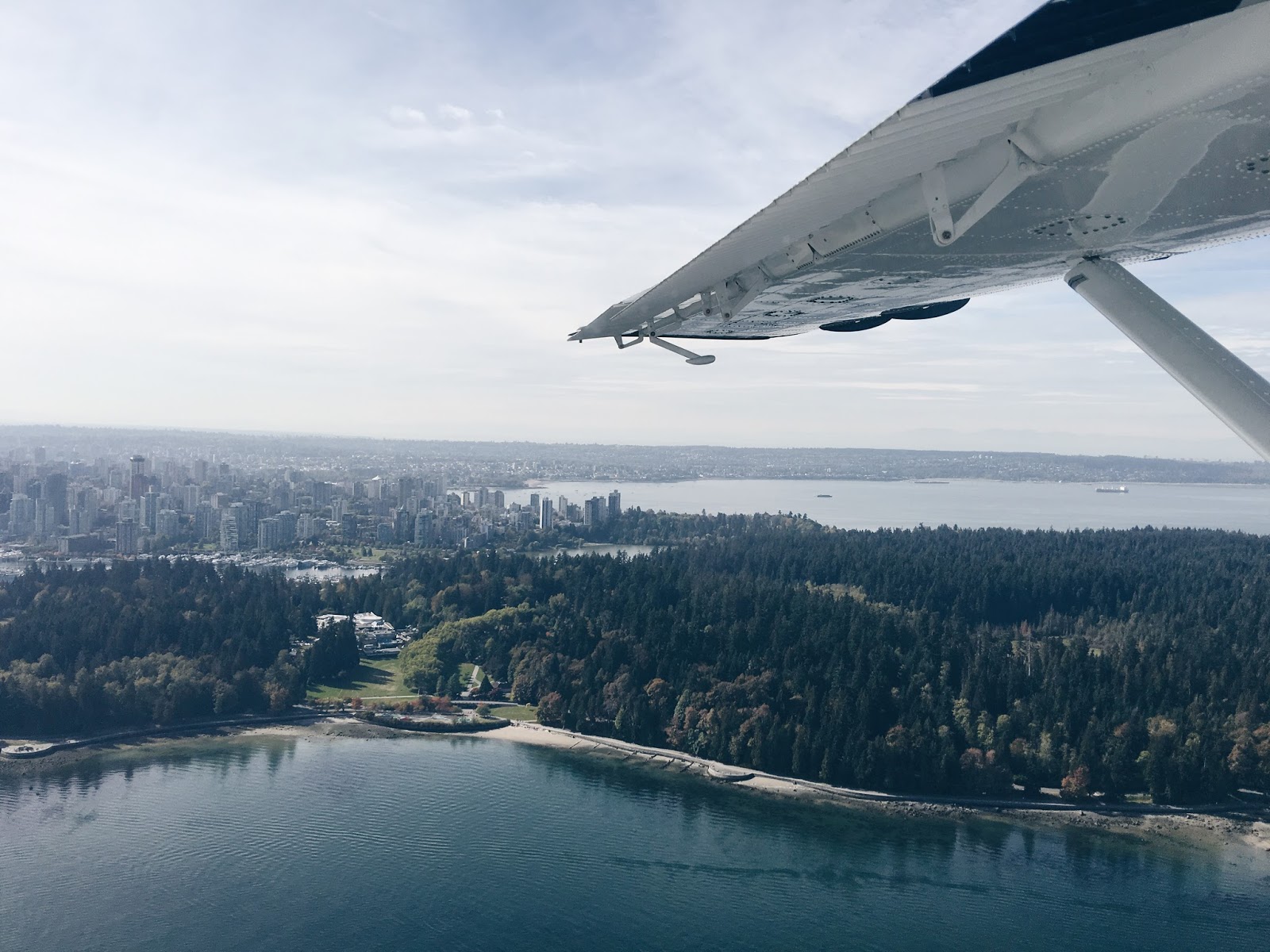 This past weekend was my second to last weekend off work. We were lucky enough to be invited to a beautiful wedding over on the Sunshine Coast of Vancouver, in a tiny spot called Gibson’s. I hadn’t been to the area since I was a kid and was more than thrilled to head over to watch the two love birds say their I do’s. The only problem was that I get terribly sea sick on the ferry, which is a 45 minute ride from the mainland.  I had many bad memories of losing my lunch as a kid on that ferry, so I wasn’t too keen to get back on that ship of sickness. 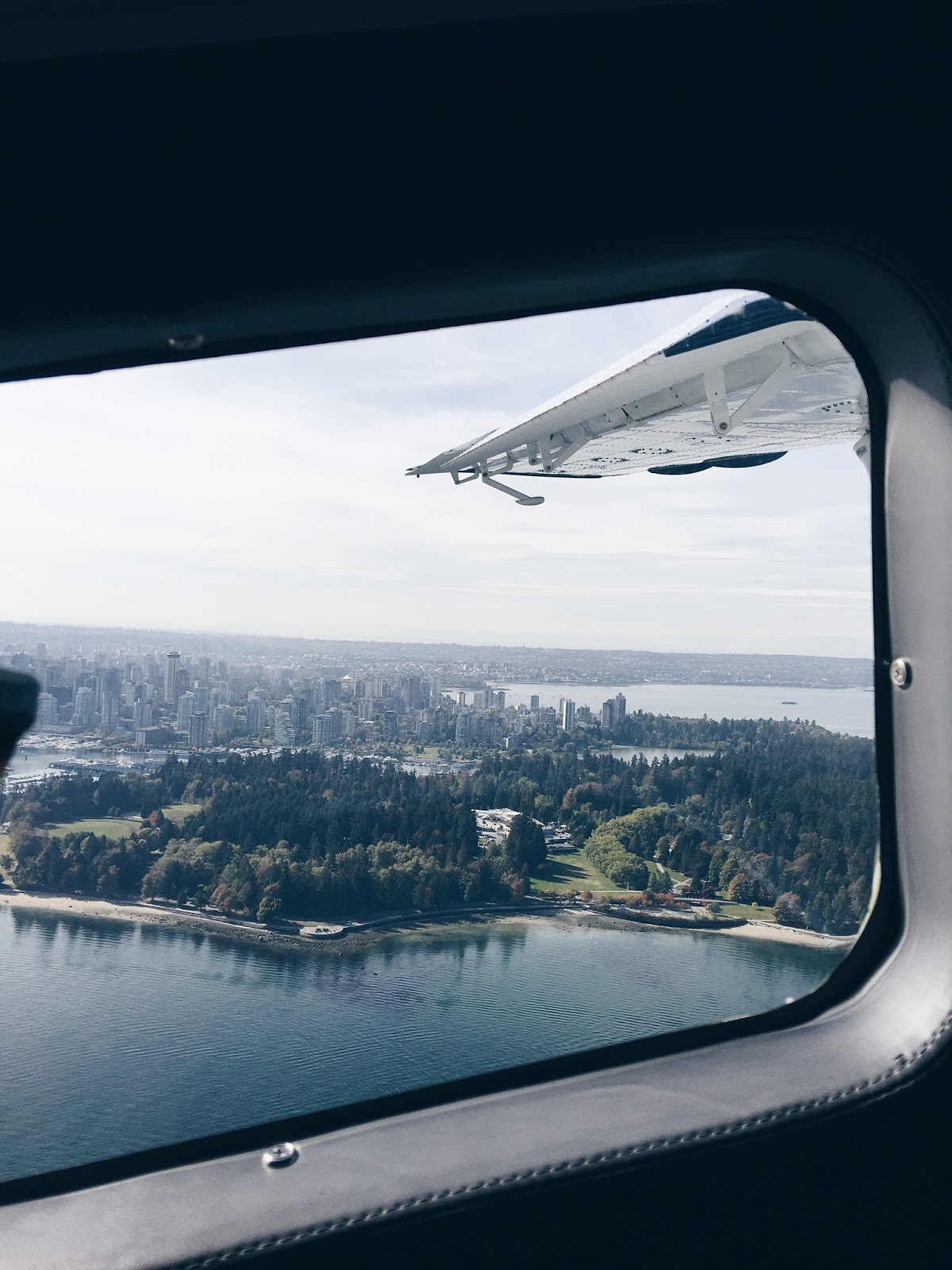 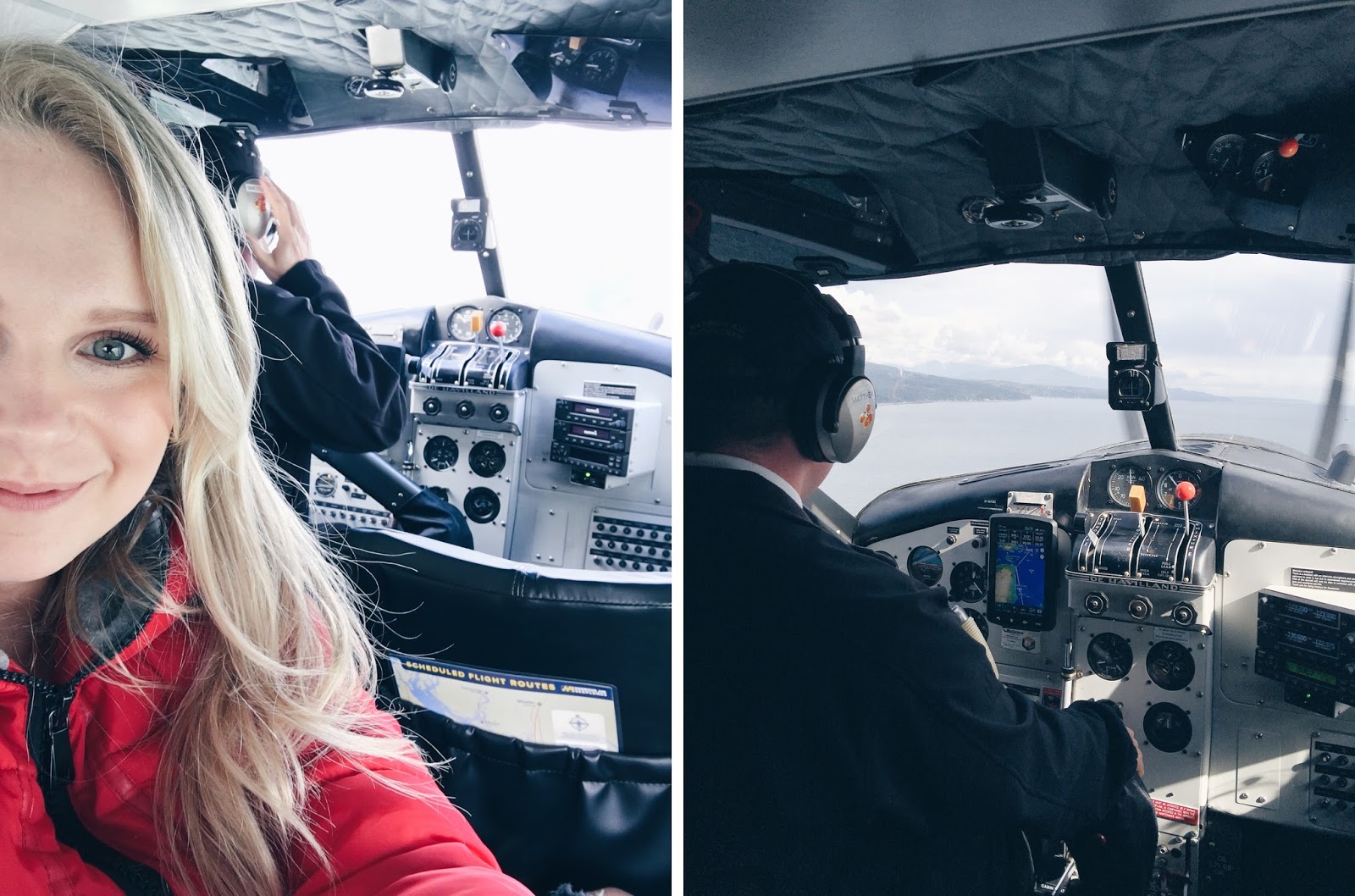 In the initial stages of planning, I was pretty sure I wasn’t going to be able to attend the wedding. Simply because I had no way to get there without being sick the entire time! Driving wasn’t an option either (it would have taken about 7 hours or something crazy).  We dove into a little research and found a company, called Harbour Air, that does daily float plane rides to areas all over the island and sunshine coast. I still wasn’t sure how my stomach was going to handle it, but I was certain that it would be better than the ferry. 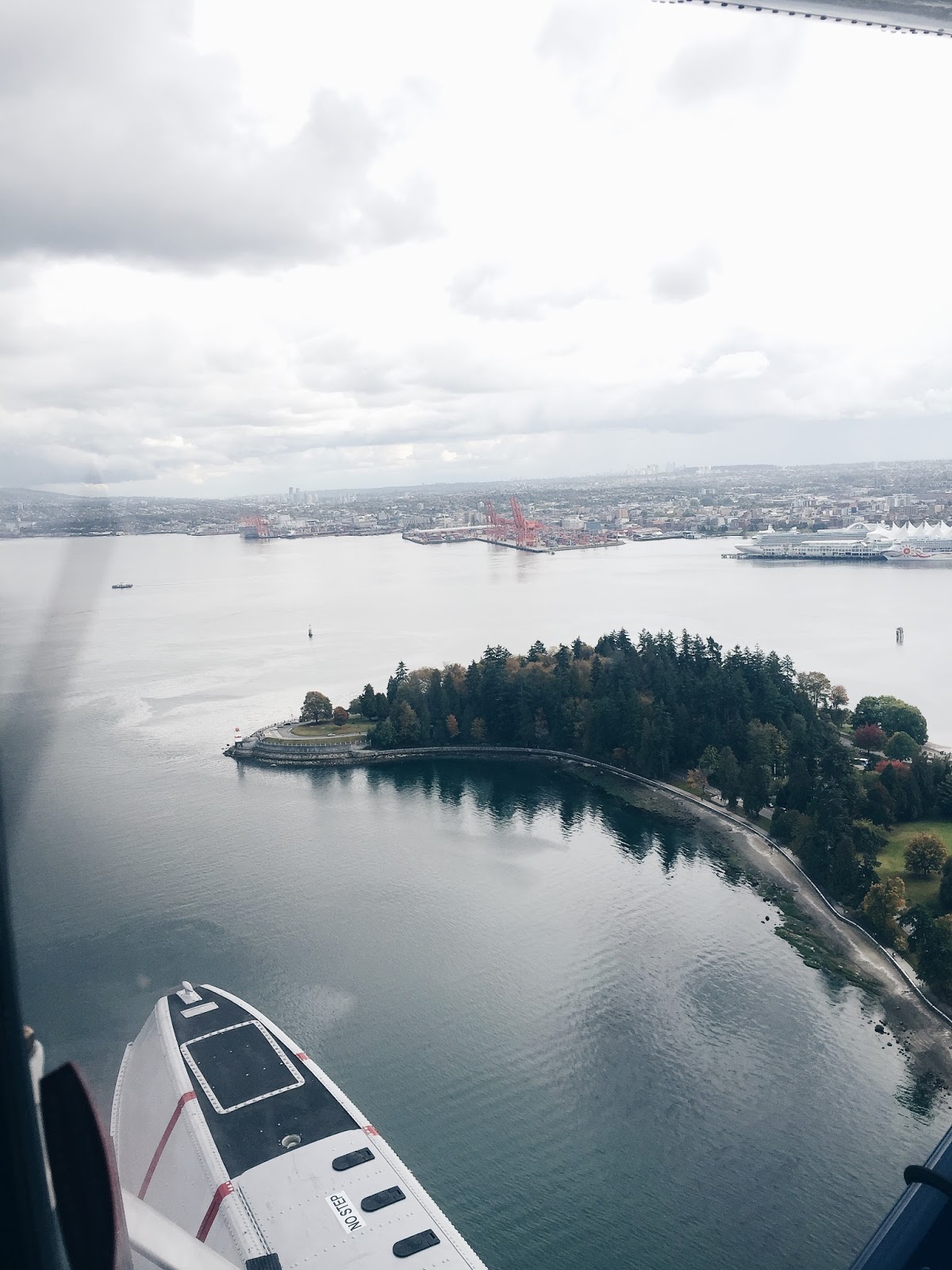 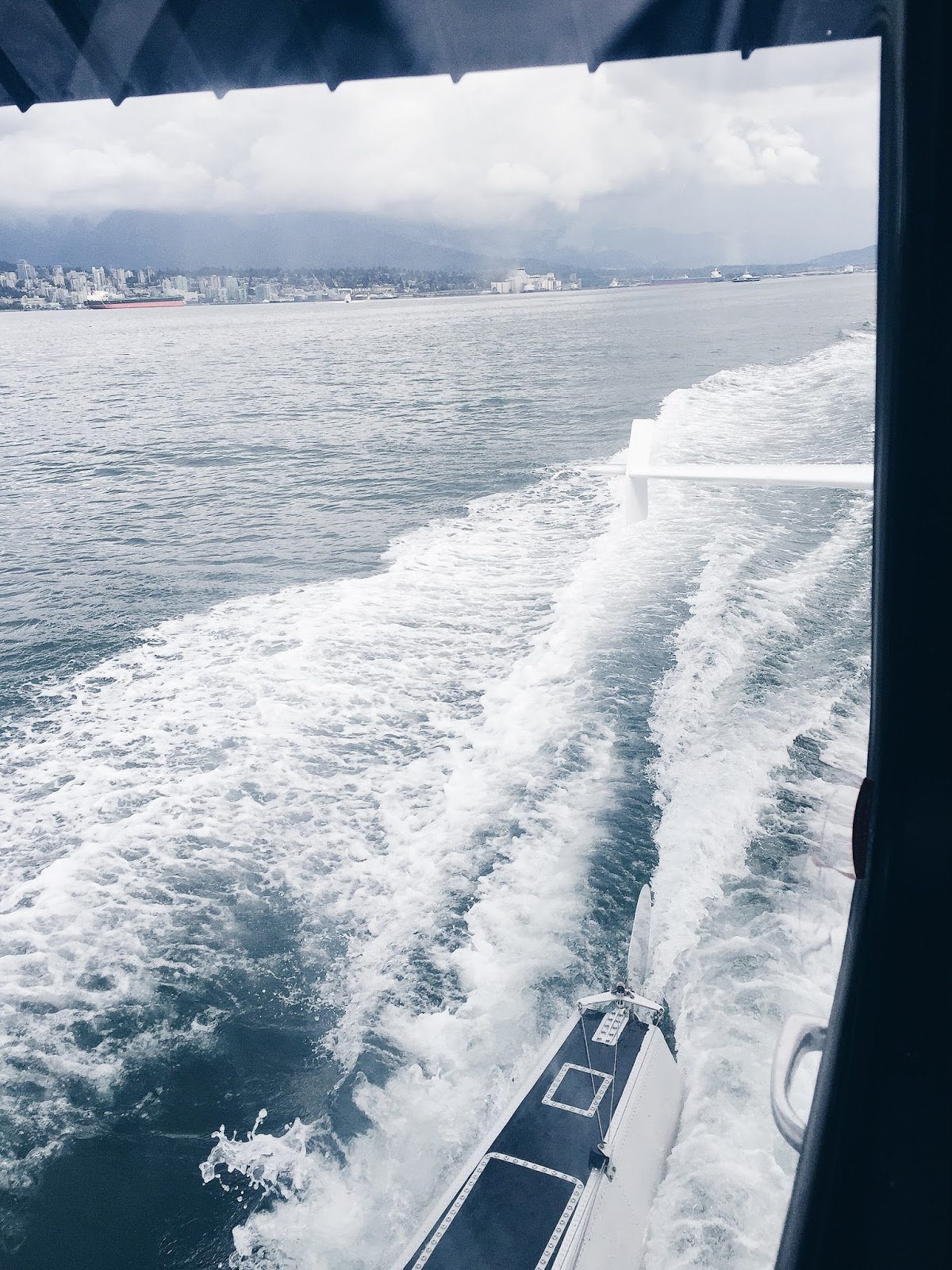 So we went for it and I am SO glad we did. It was a stunning 20 minute trip from take off to touch down. We hit the jackpot with the weather both ways as well. With a forecast of rain on the way out and thunderstorms on the way back, we weren’t sure we were going to have the best experiences, but sun decided to give us one heck of a show – both ways! And to top it all off, I didn’t get sick! No motion sick bag needed here! PHEW!

Have you ever taken a float plane? What was your experience?

If you ever visit BC, I would highly recommend doing a tour via float plane. We really do live in one of the most beautiful places on earth and there is no better way to see it than from up above 🙂