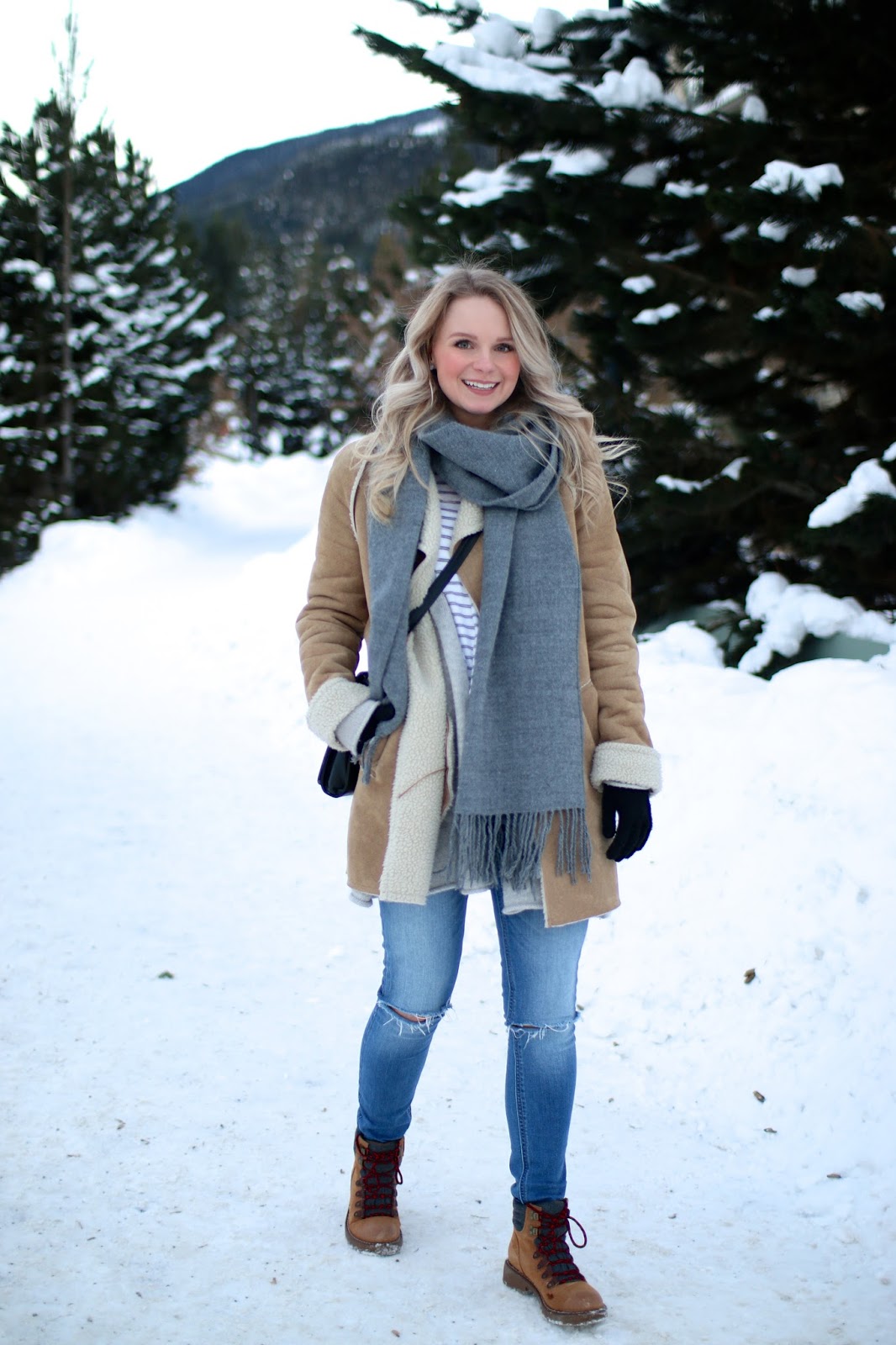 I was so excited when I spotted these boots at Supestore (the Joe Fresh line) a few months back. I actually showed them in my haul video HERE on my youtube channel now long after I got them.

If you follow along on snapchat (username : aandreaclare), you might have seen Ken sporting his version of them for the last few years. He actually ALMOST threw them out during our last move but ended up keeping them thinking they would be good for camping. Thankfully he did keep them because he has kind of discovered a new way of styling them and has fallen in love with them all over again. And so did I! So much that I set out on a hunt for my own pair. These ones I scored for $40. I love a good bargain! 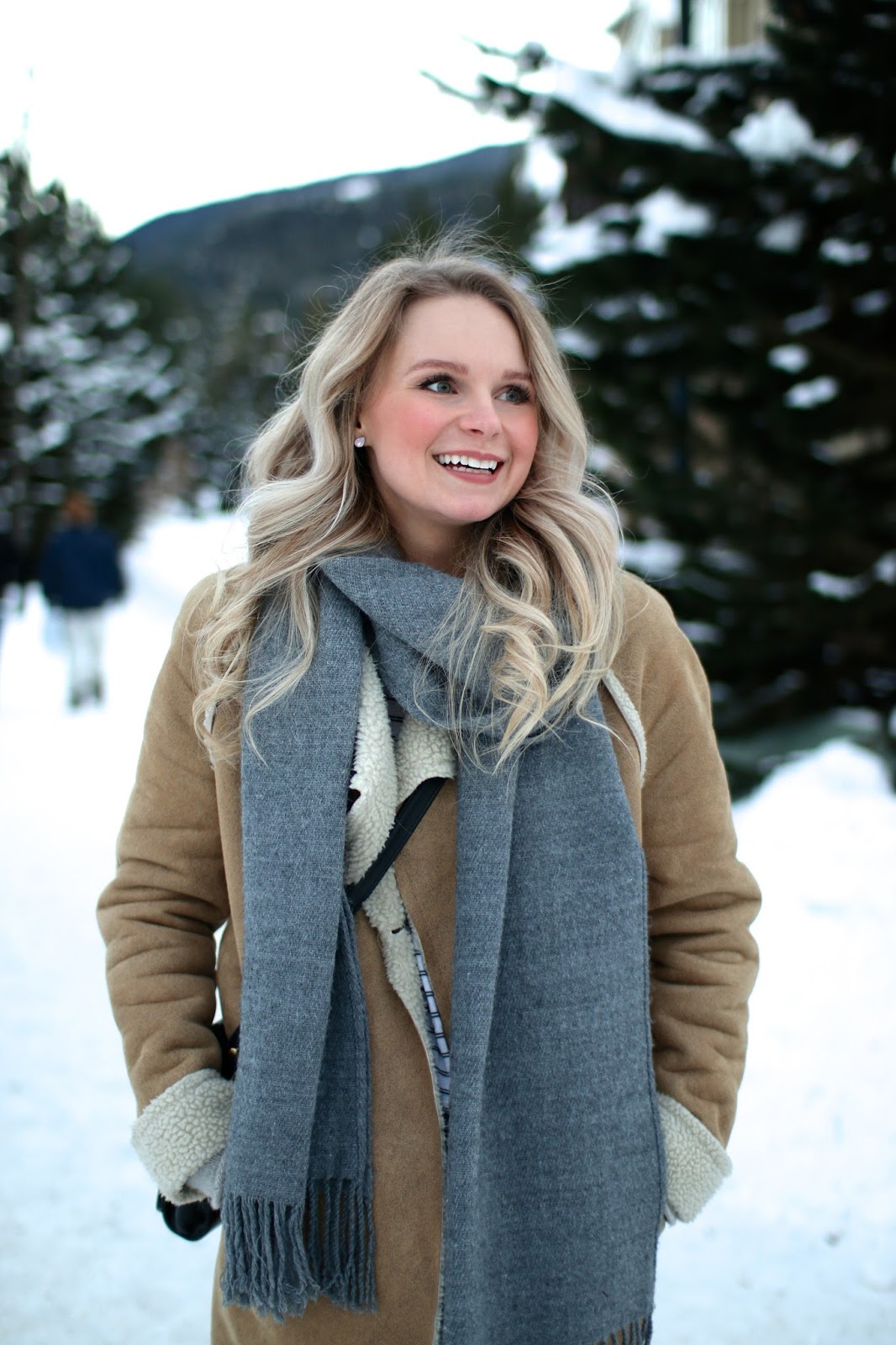 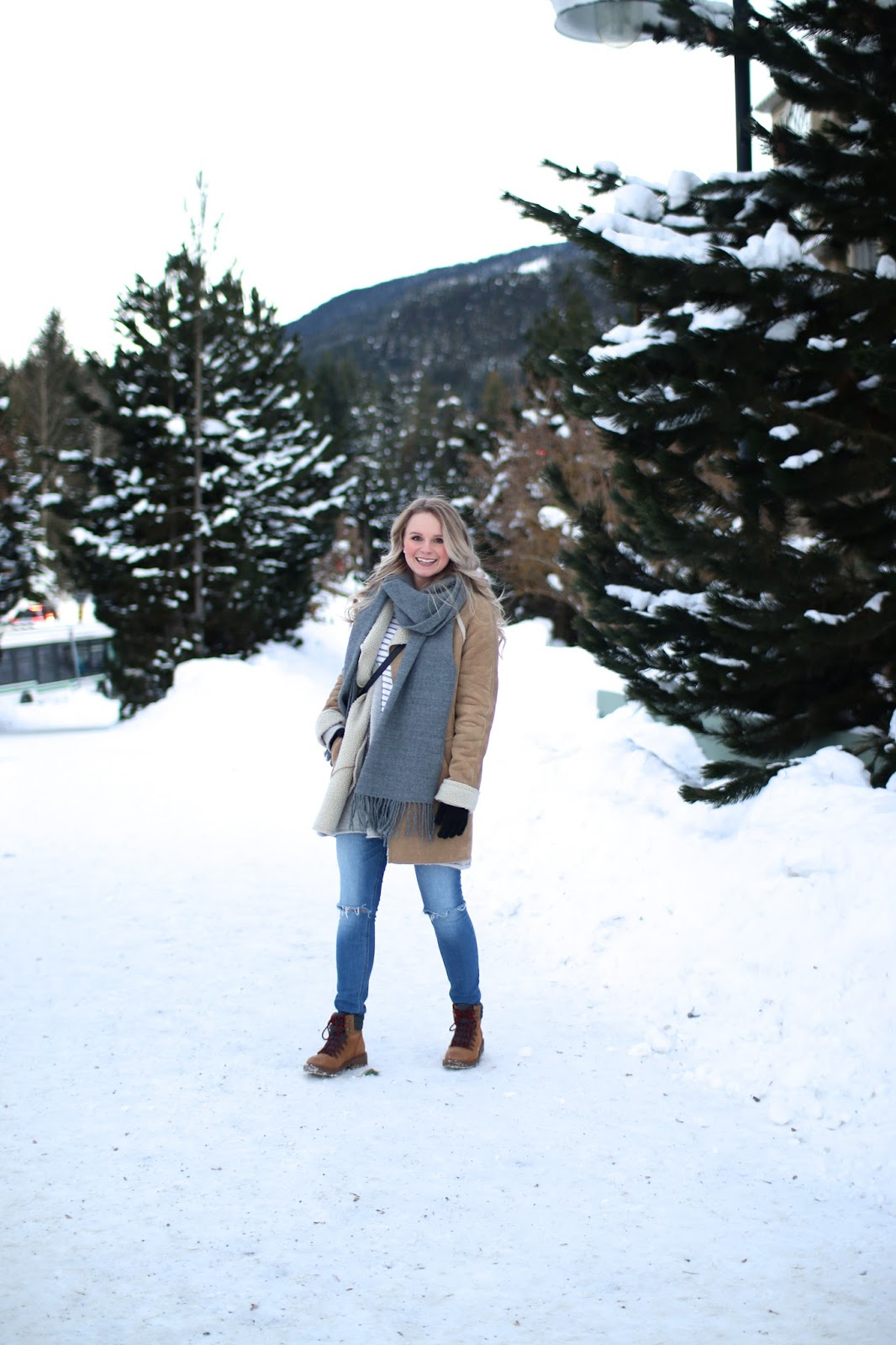 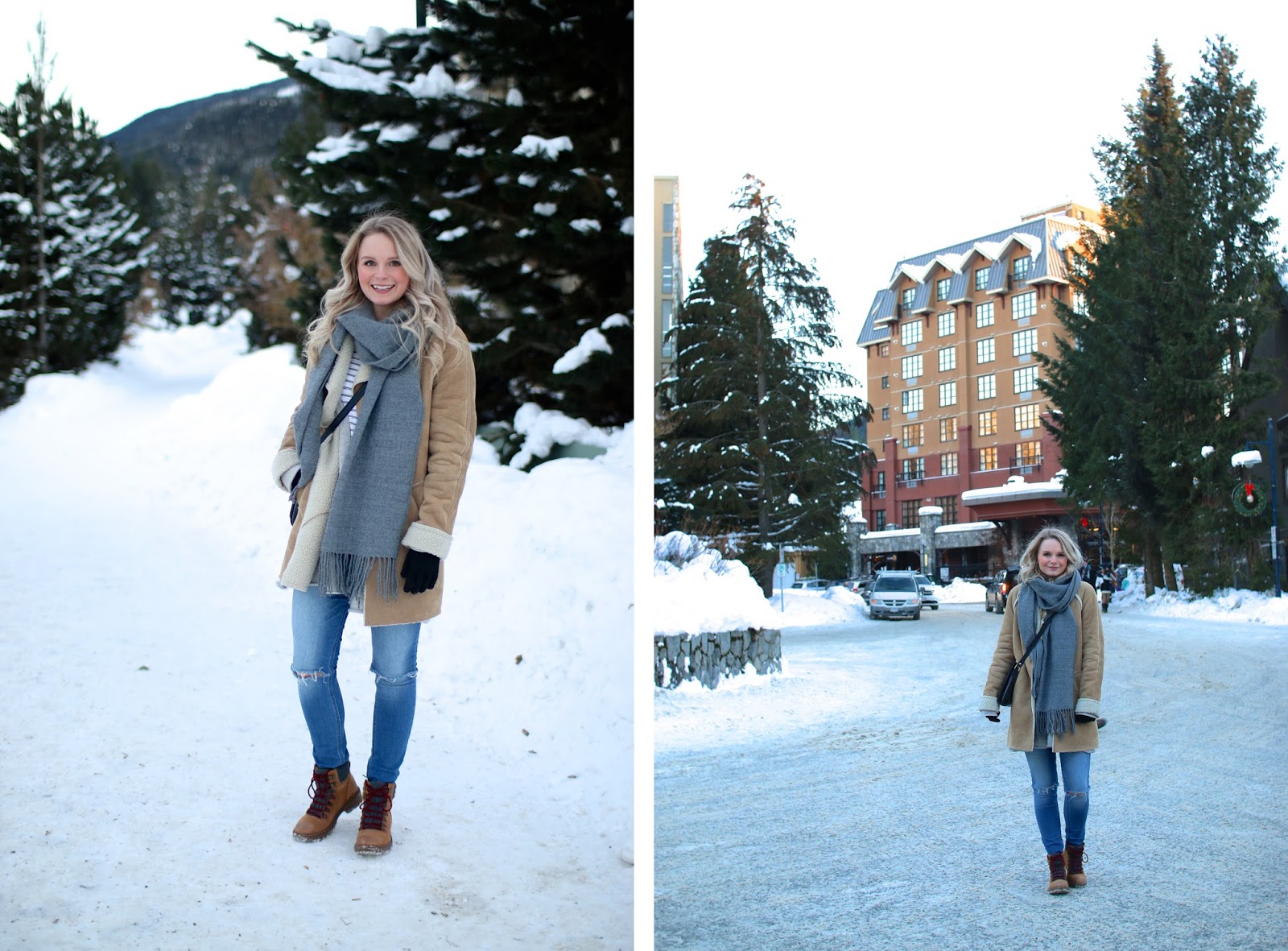 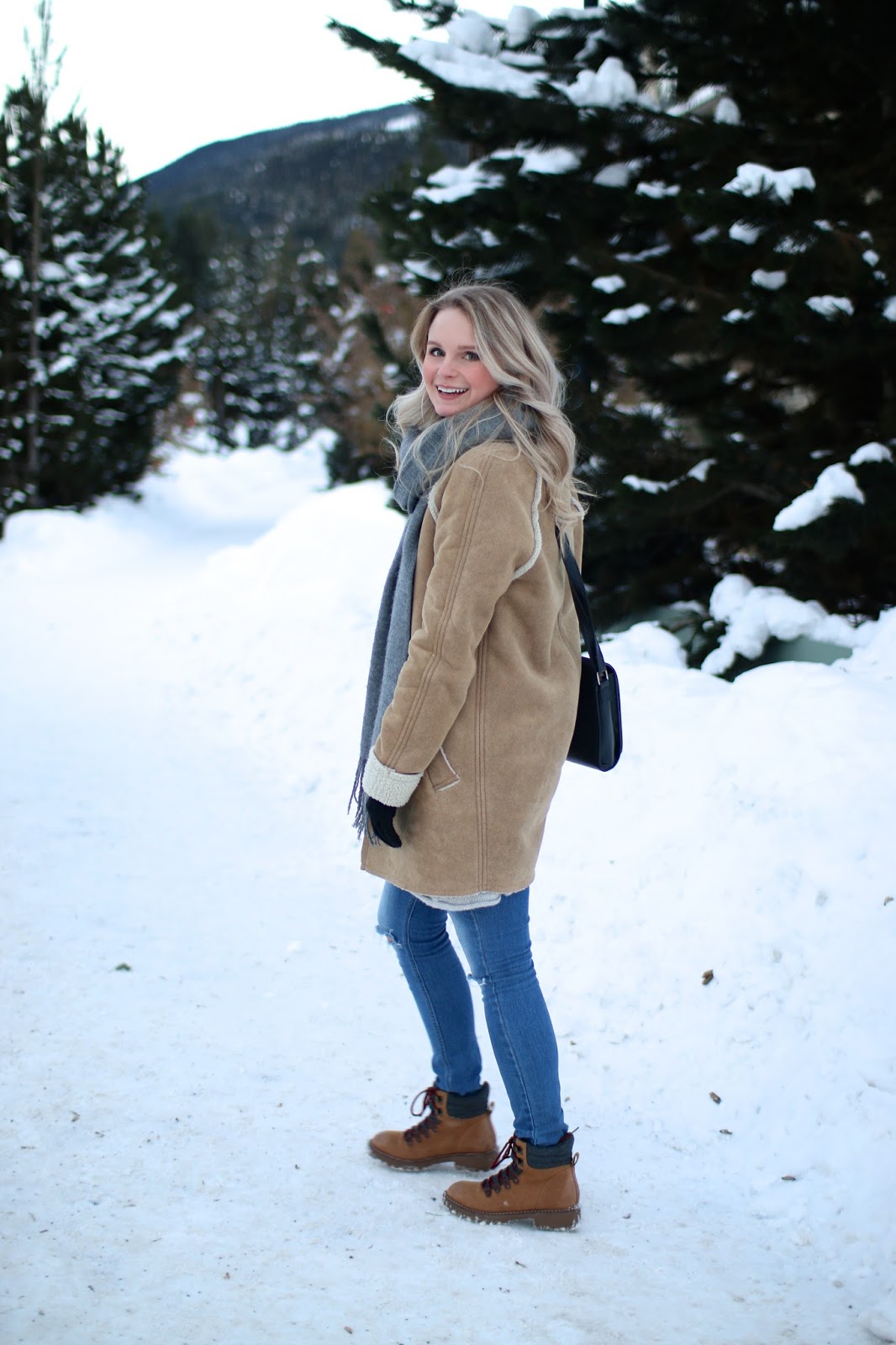 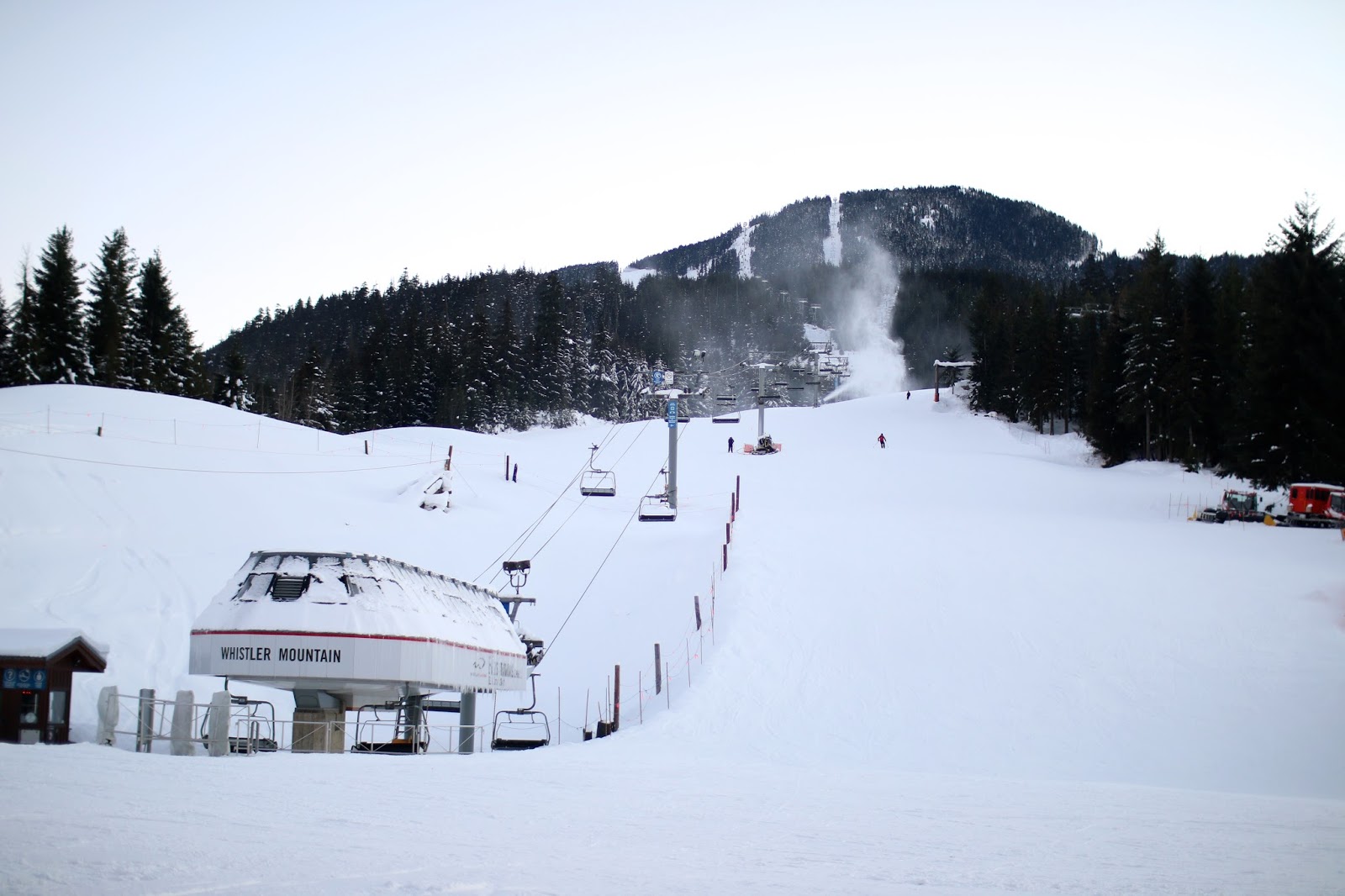 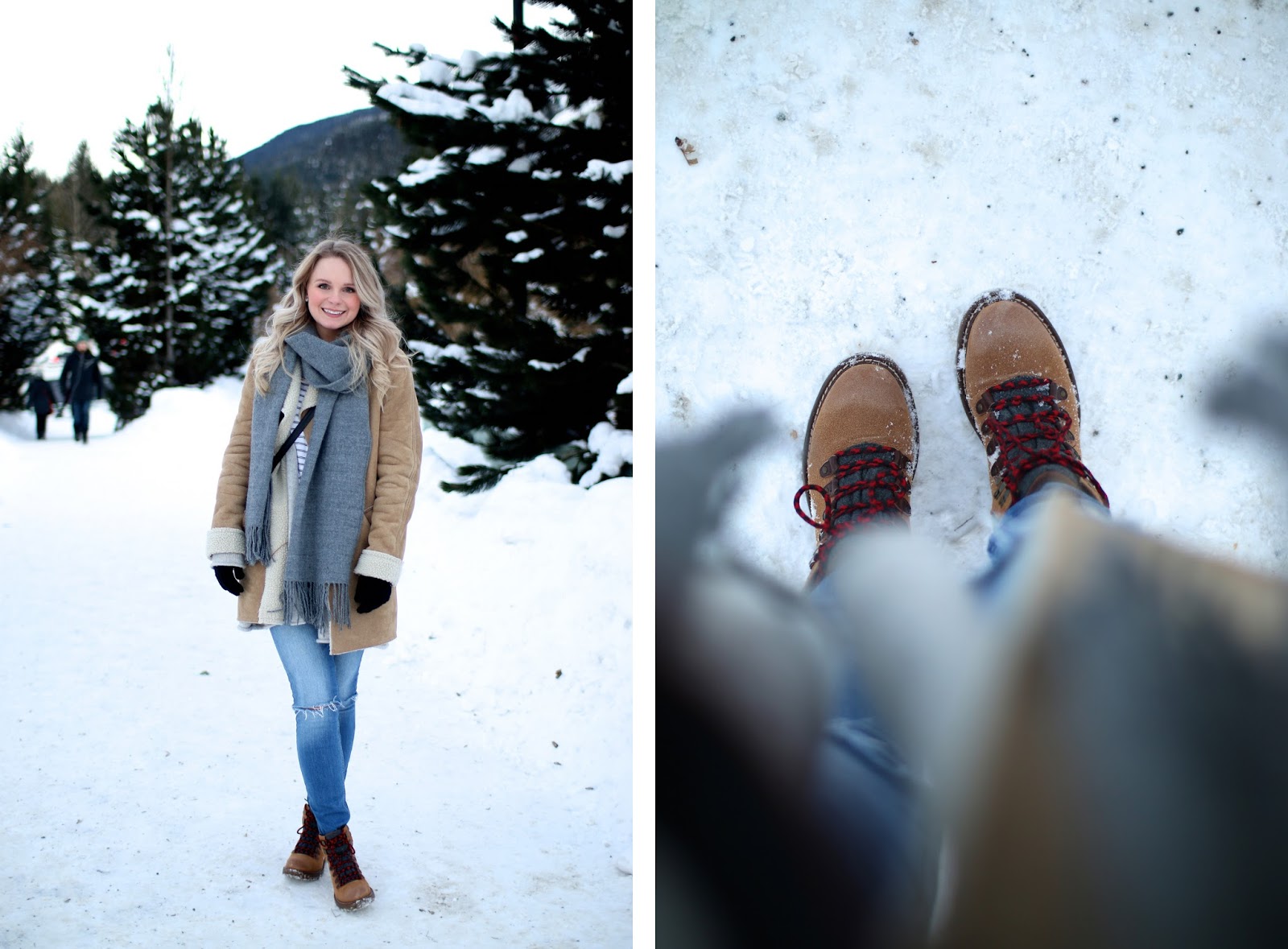 As  I mentioned in my last post from Whistler, it was bloody cold the weekend we were up there. Like -14 in the village. That’s crazy. We basically spent the weekend running from shop, to shop, restaurant to restaurant – trying to keep warm. With the occasional stop for outfit photos, as always 🙂

It was so cold out that I basically had no choice but to add extra layers to the outfit I planned for the day. I ended up adding another tank top under my striped t-shirt and an extra sweater under my shearling coat.  It felt really bulky, but at least it kept me roasty toasty, and I don’t think it looks to terrible in the photos 🙂 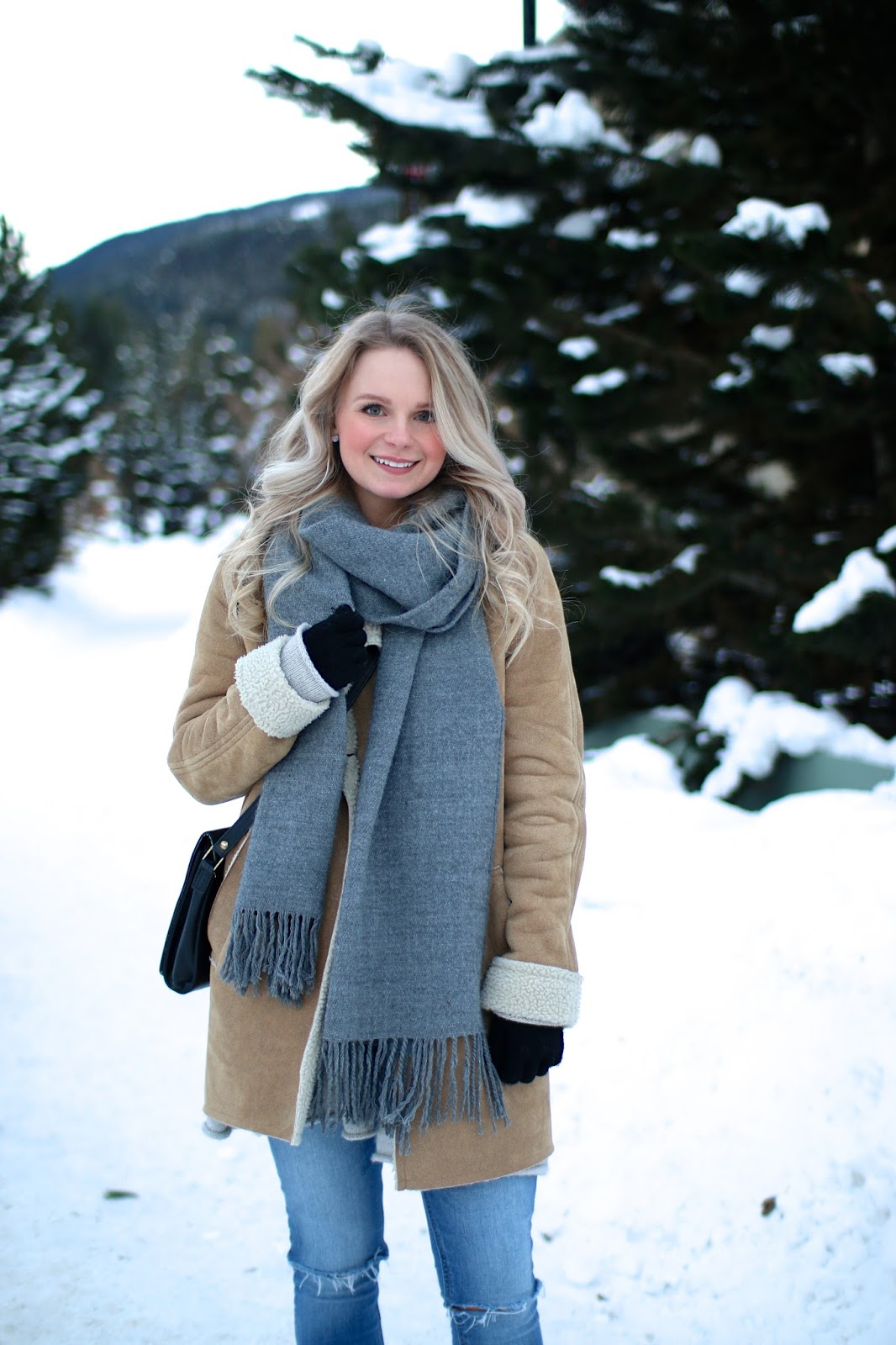 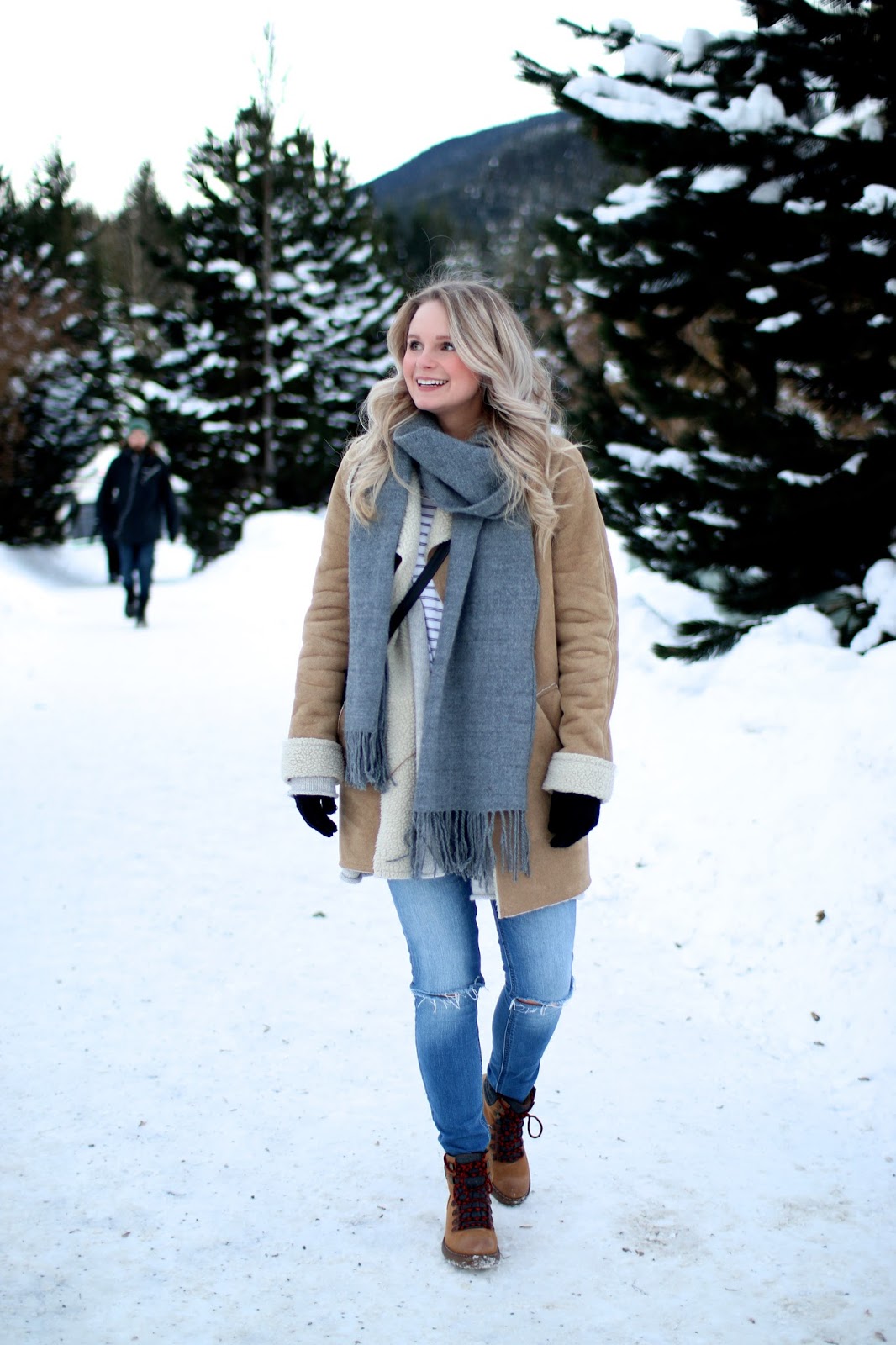 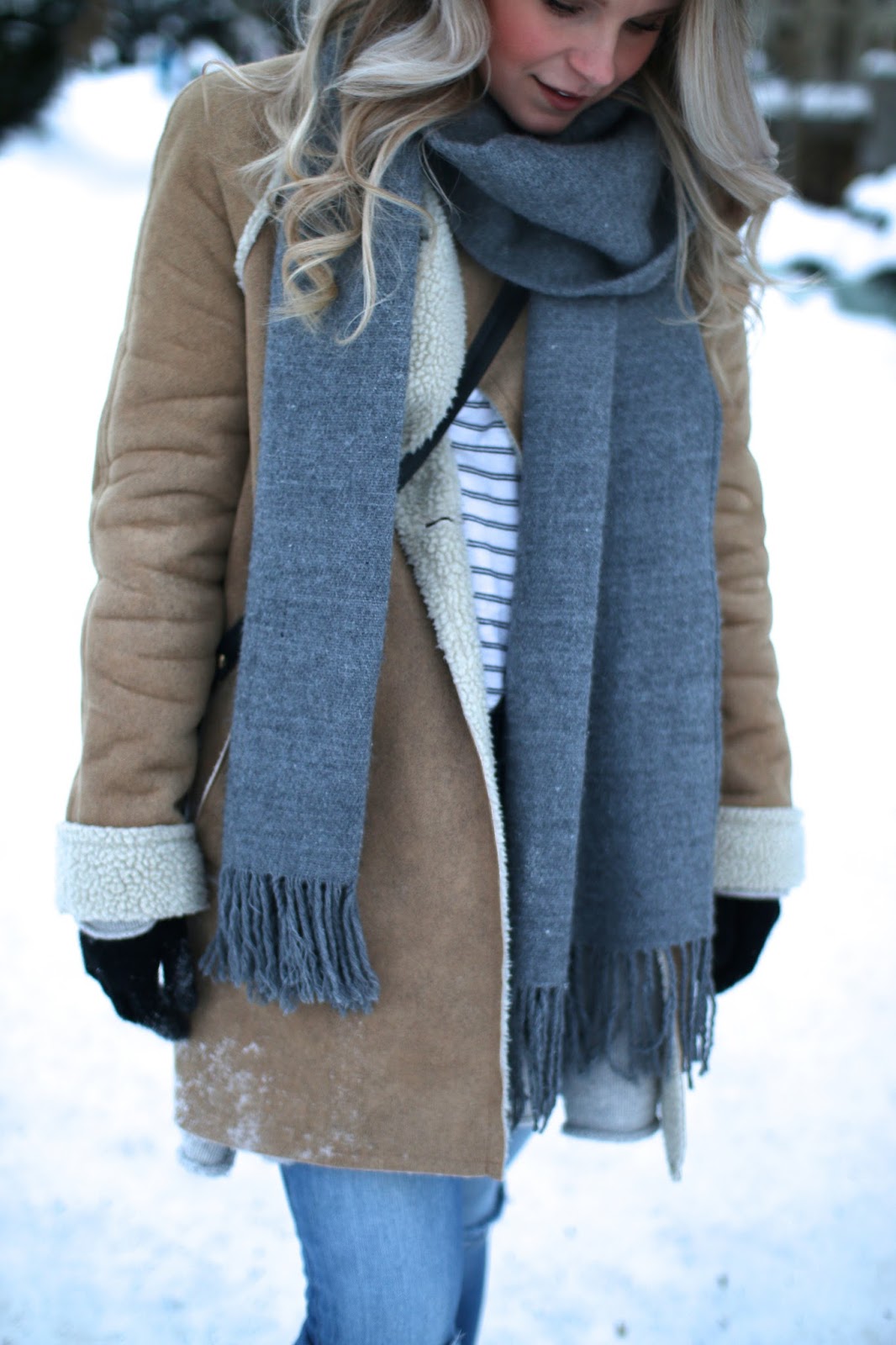 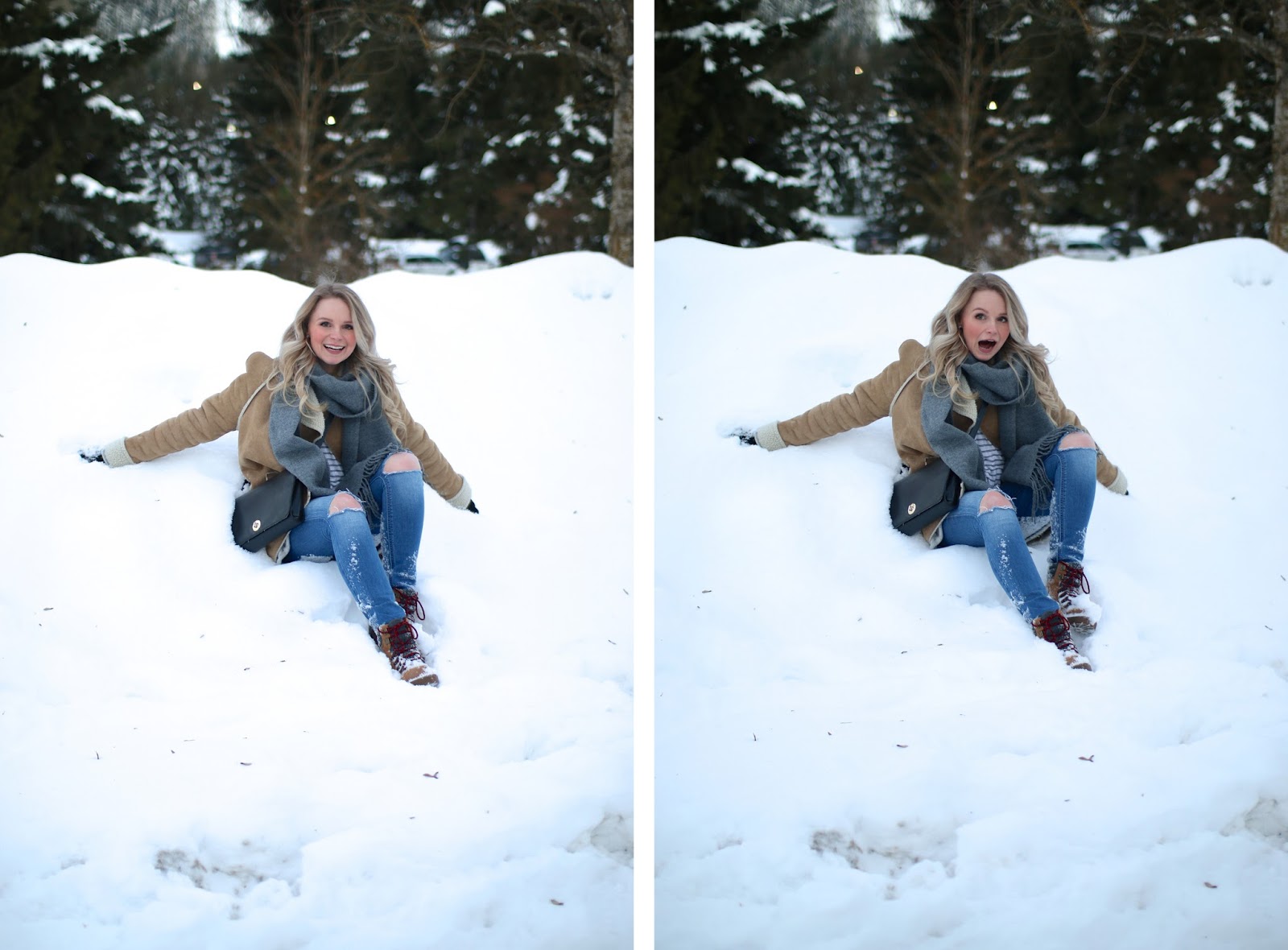 This last photo is a bonus one. I don’t know why I thought it was a good idea to actually sit down in the snow, but we were in such a rush to get these photos done that I panicked with being creative ones and sat down, haha. The photo on the right when the moment I realized my butt was wet.wet.wet. Yup. So I walked around for the next few hours with a cold and wet butt. Not my finest moment.