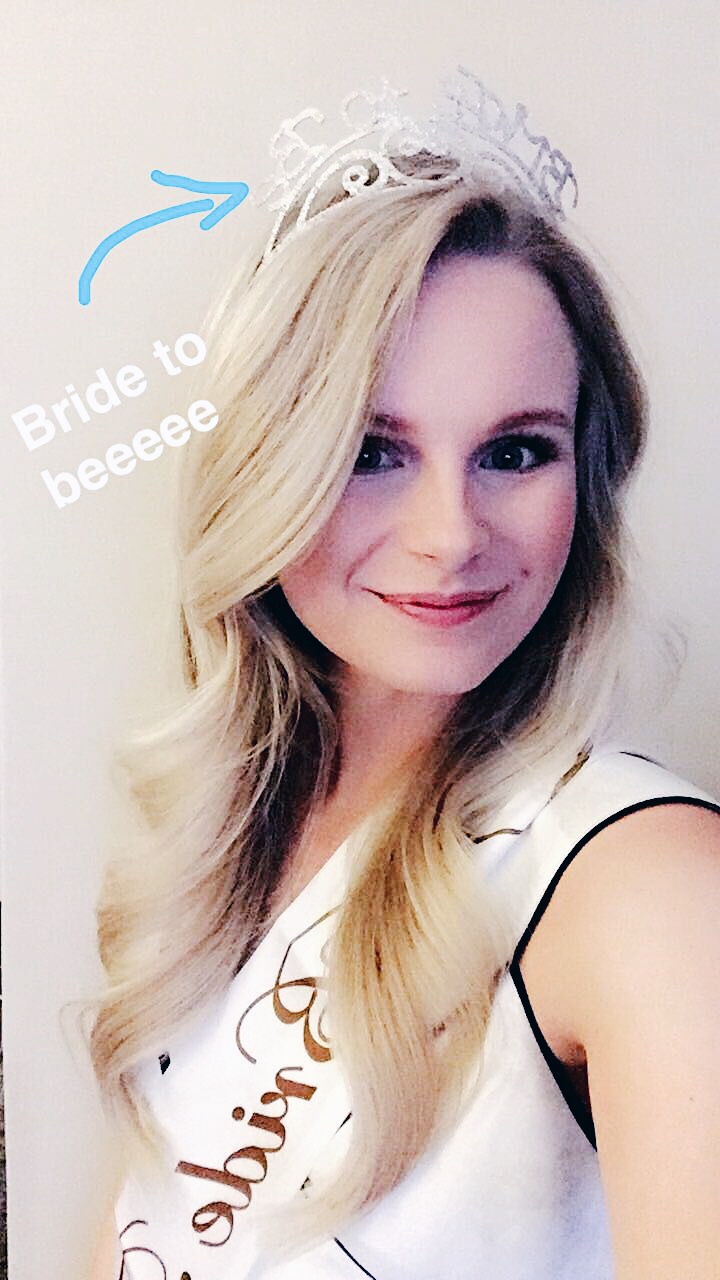 You’ll have to excuse the very poor quality of these photos.  I was doing my best to document the evening, but as you can imagine, the more cocktails I had, the more fuzzy the photos got. Anyways, I hope you enjoy it despite the fuzziness – it kind of helps you see the night through my (also fuzzy) eyes! 🙂 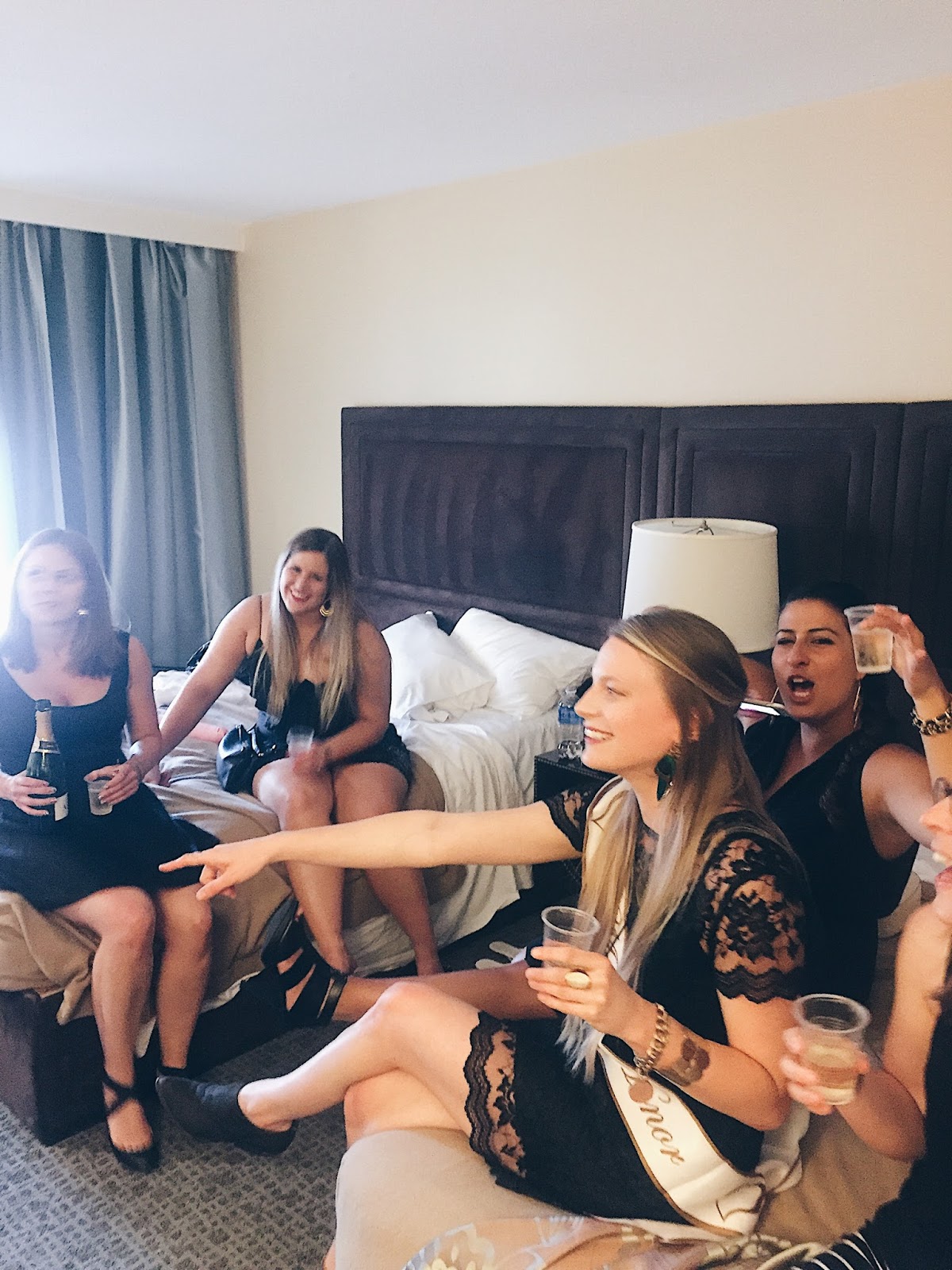 After our big afternoon by the pool (see the whole post here), the girls and I headed to our rooms to get washed up for the next big event of the day. As most bachelorette parties do, we had the girls dress in black and I was in all white, along with the sash and “bride to be” crown.

We had a little pre-party at the room with champagne and a few games, one of which was called “pin the _____ on the hunk” – you can fill in the blank there. It was an adult version of pin the tail on the donkey. And I got it spot on! – for the record. 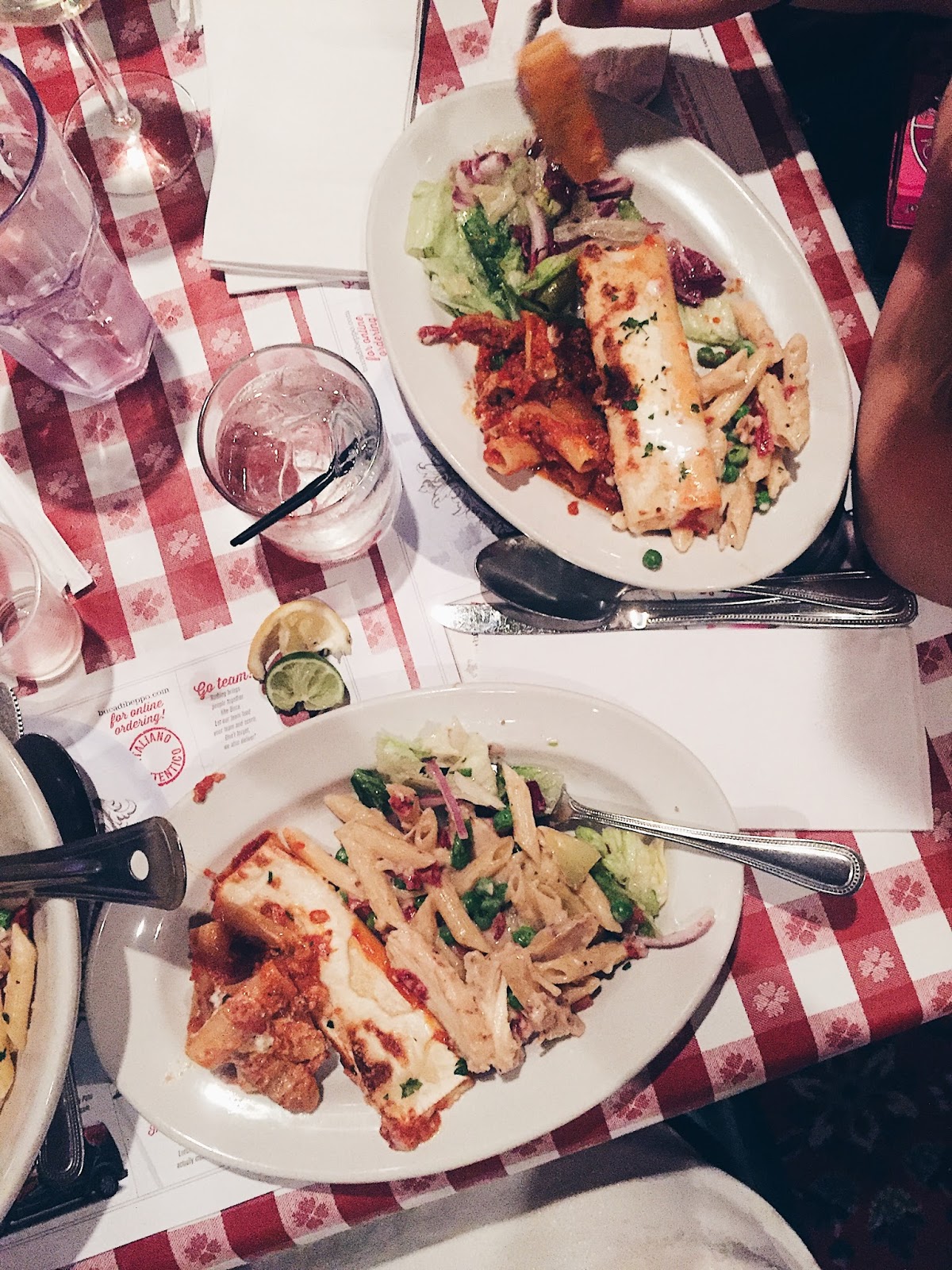 Since we had a long day of day drinking by the pool and had another long night ahead of us – we decided on a huge italian carb loaded meal. It was all family style and we definitely over ordered, but boy was it good! Exactly what we needed before a night of festivities. 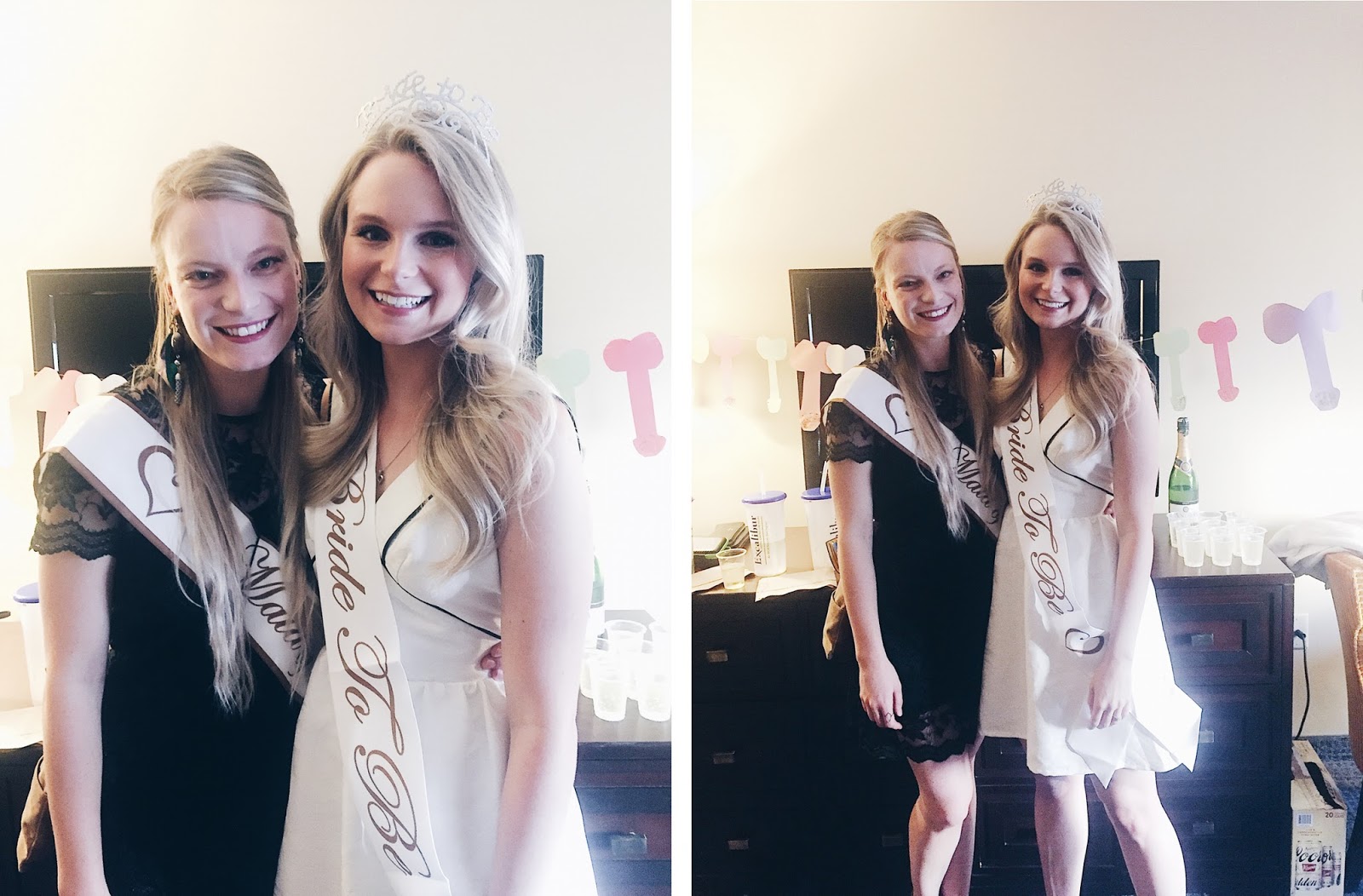 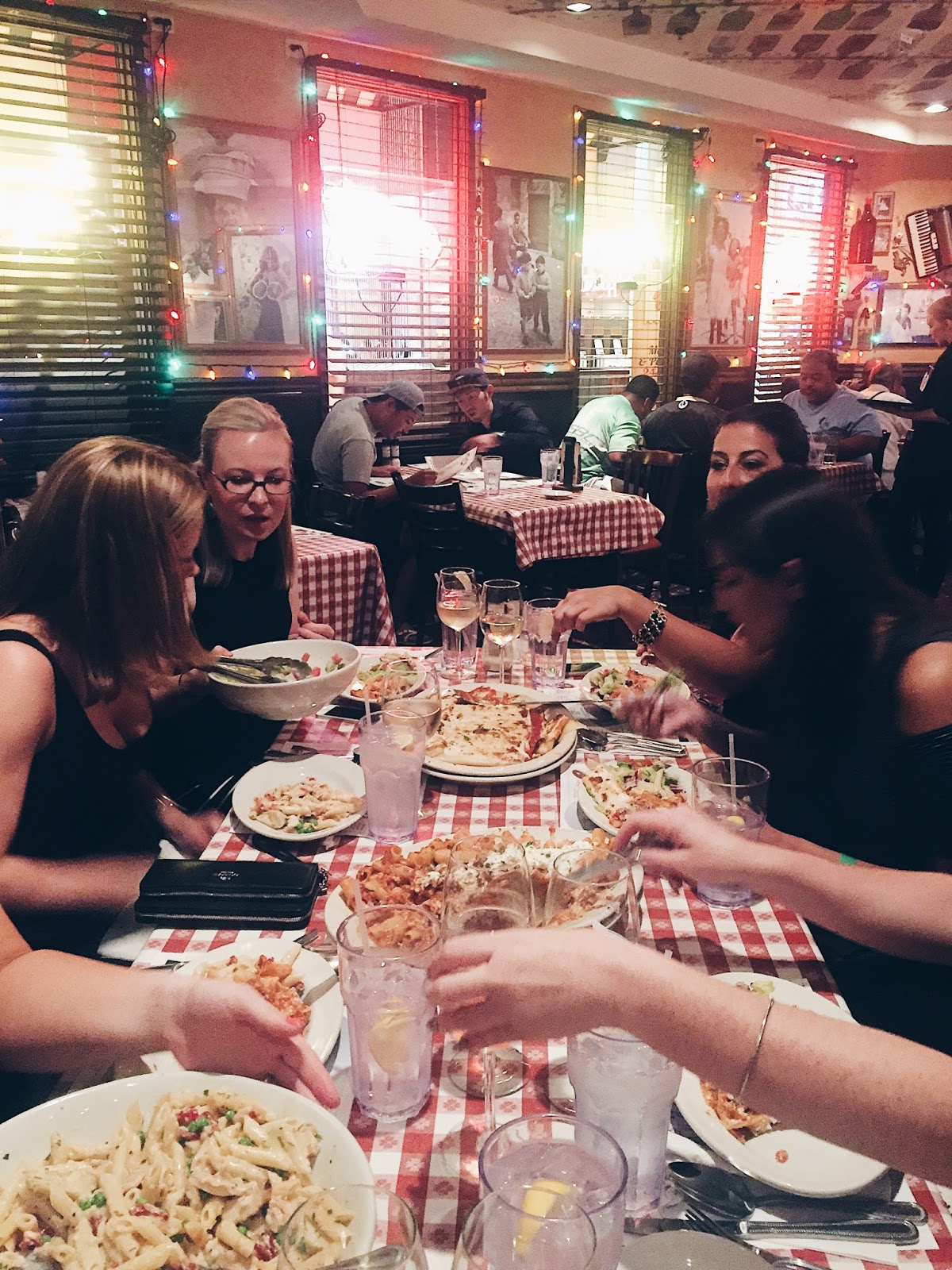 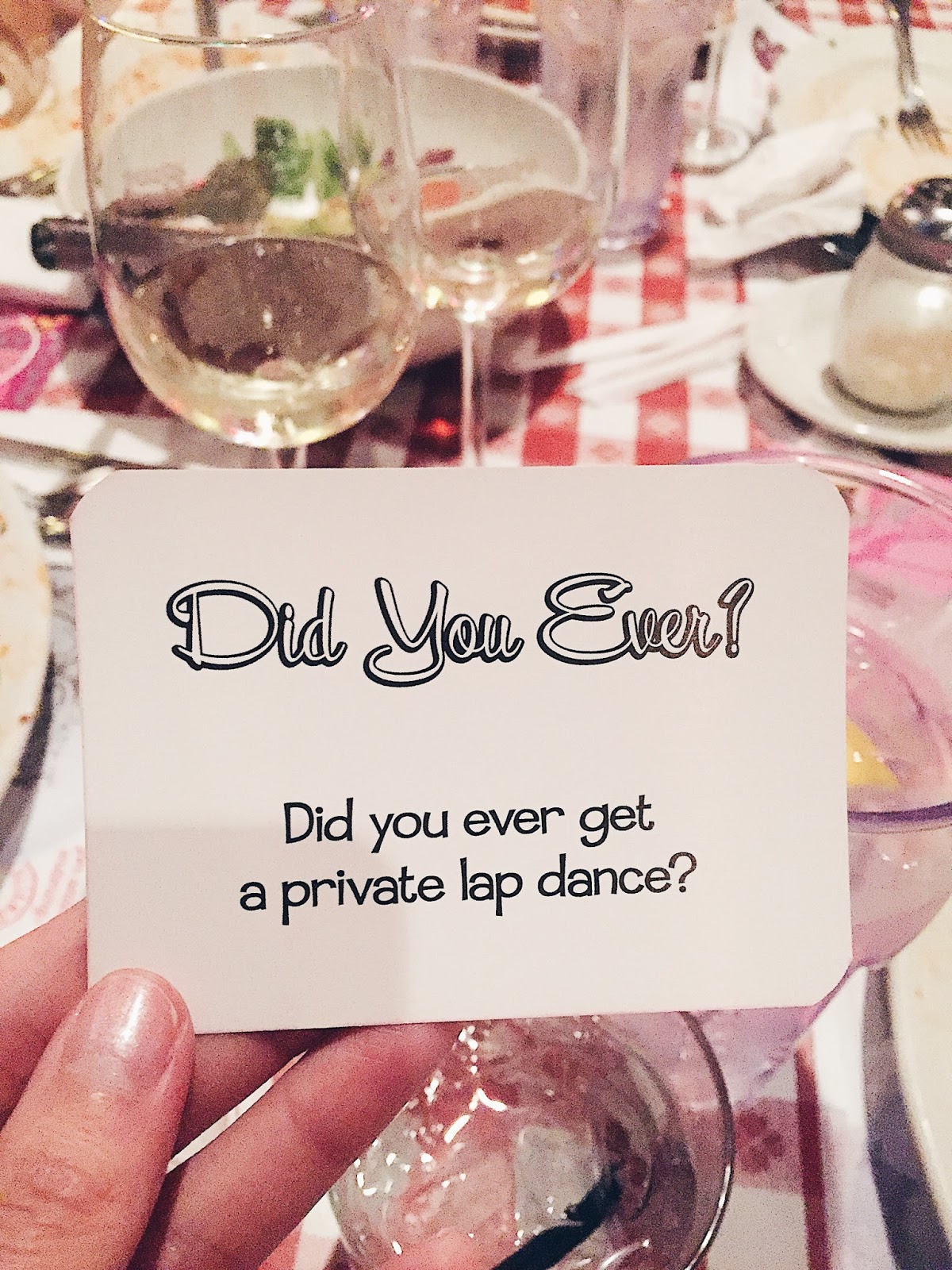 Another little game we played during dinner. Just to spice things up a little bit. It was a little surprising what some of those girls admitted to! Haha When in Vegas! 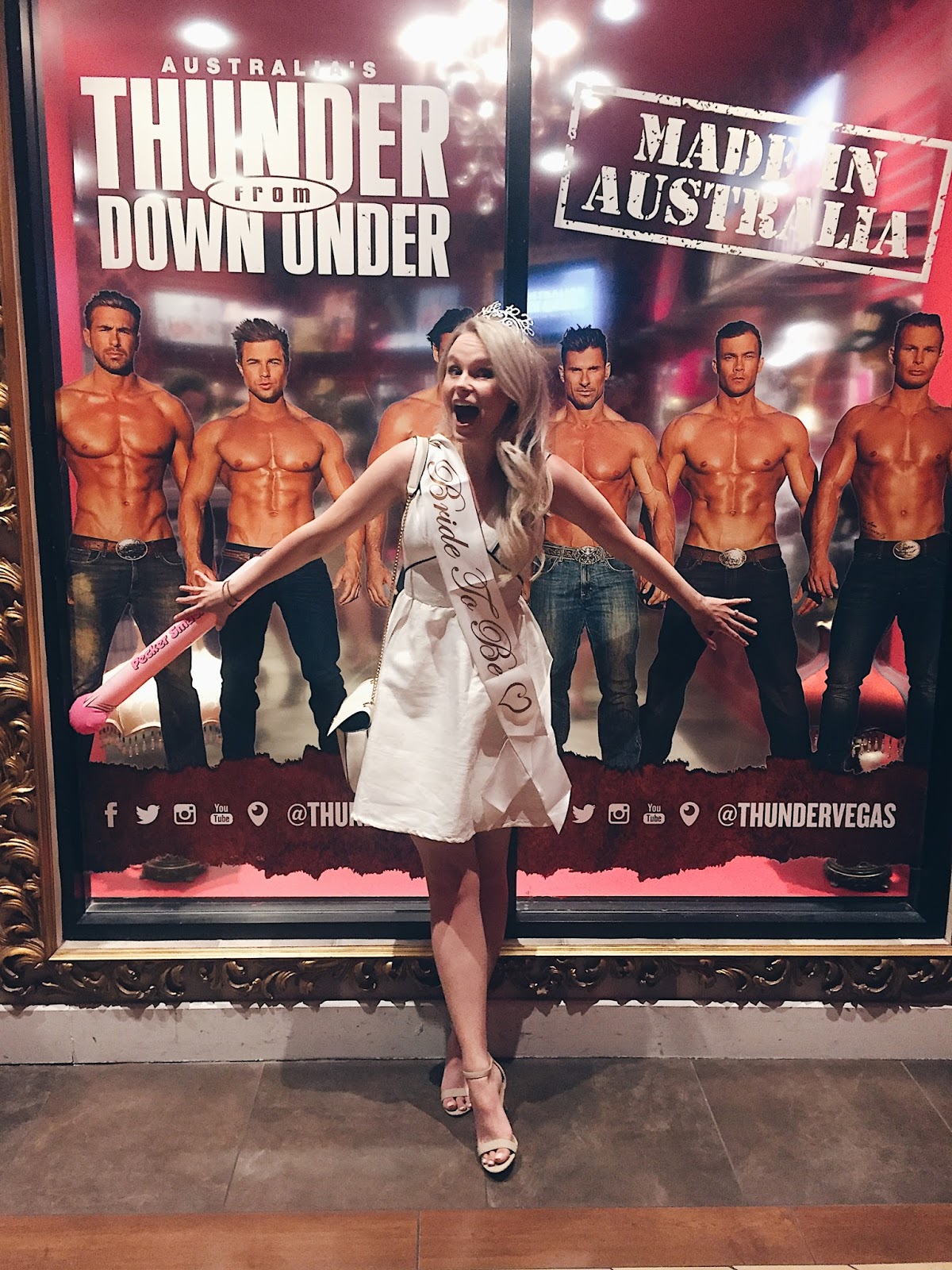 The highlight of the night! The Thunder from Down Under Show! What a perfect show for a bachelortte party. IT WAS SO MUCH FUN! So full of energy and excitement! I was dying to go back again the next day but we managed to hold off – haha. 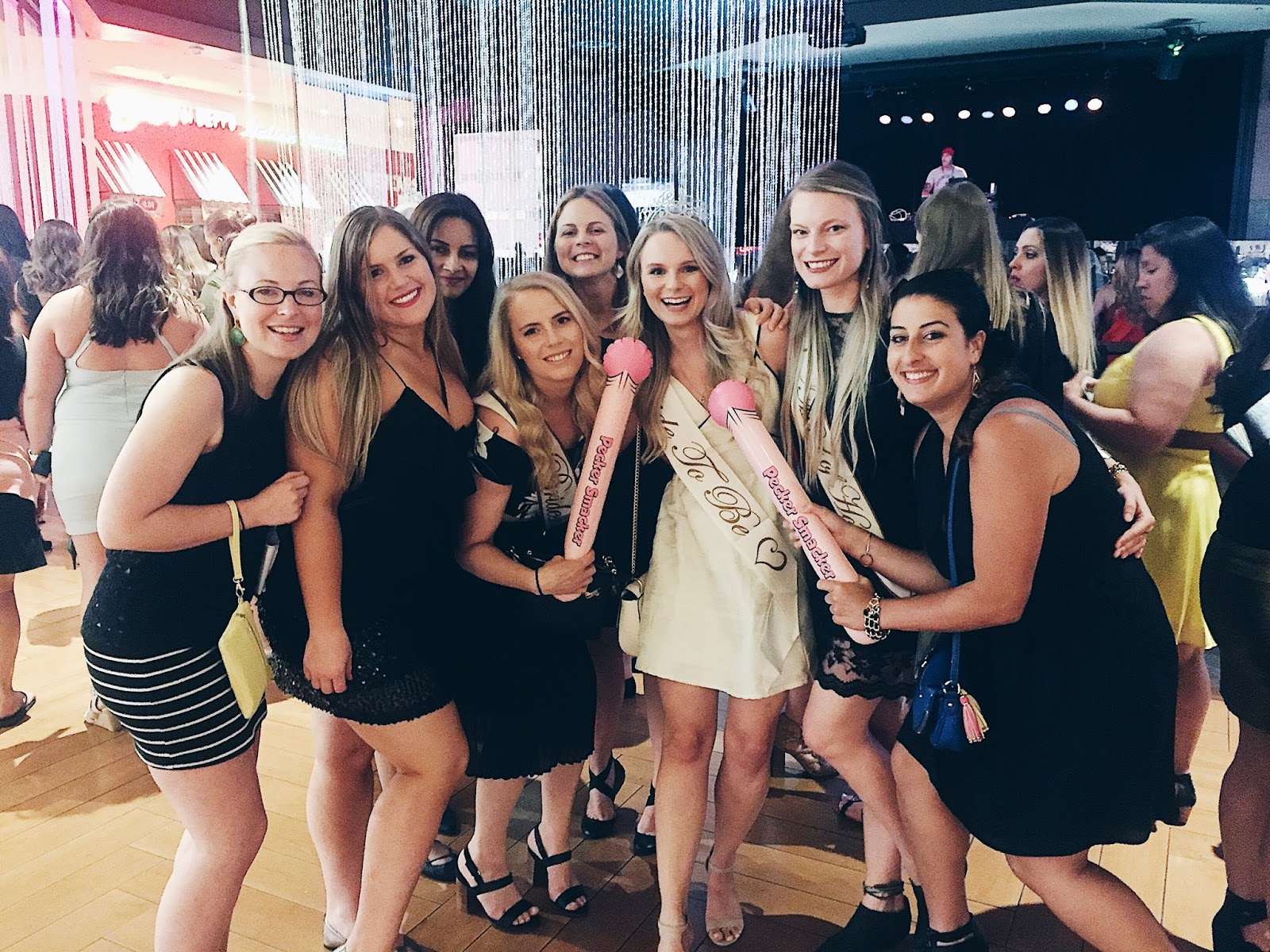 The gang before heading in – full of excitement! 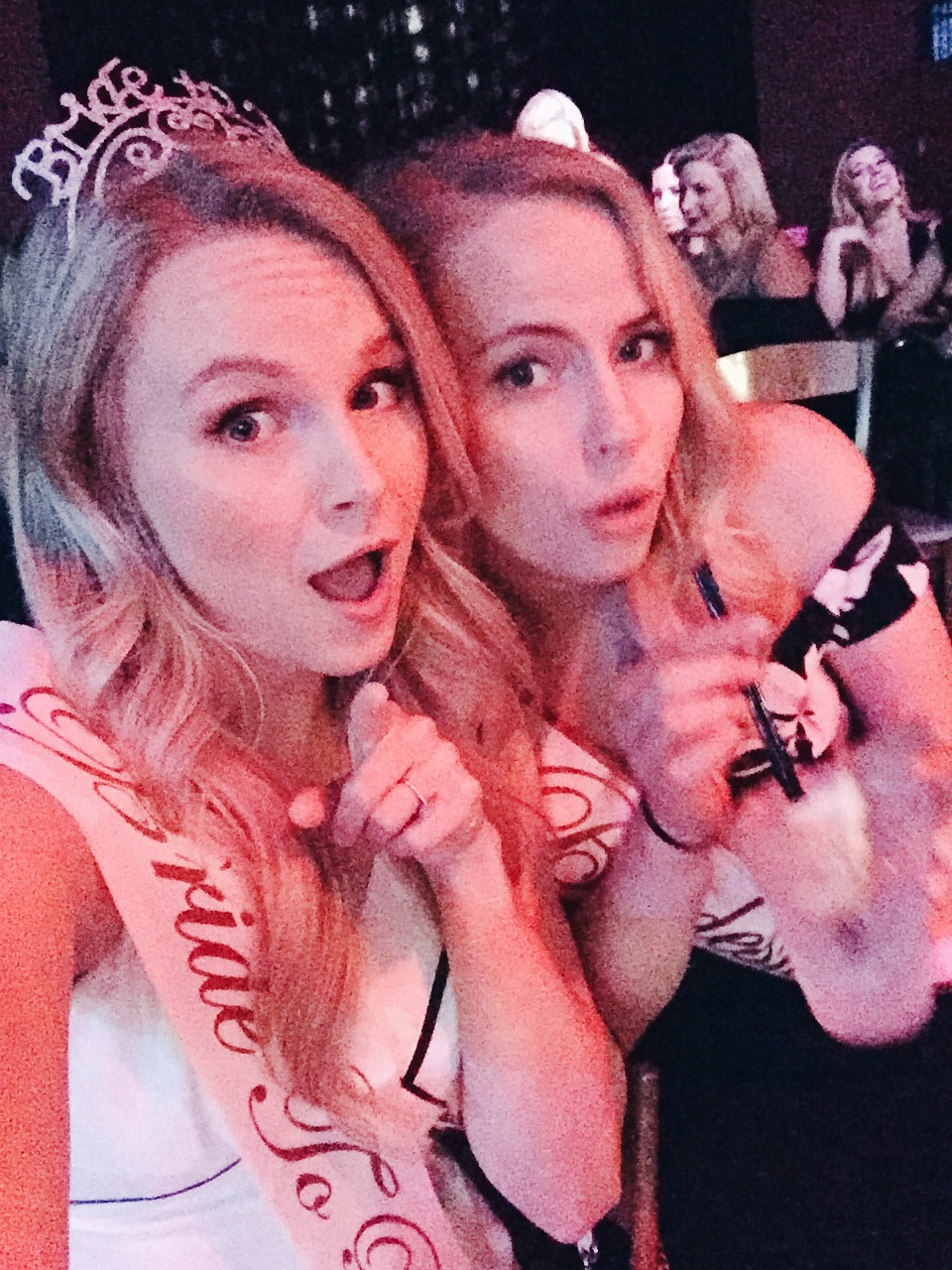 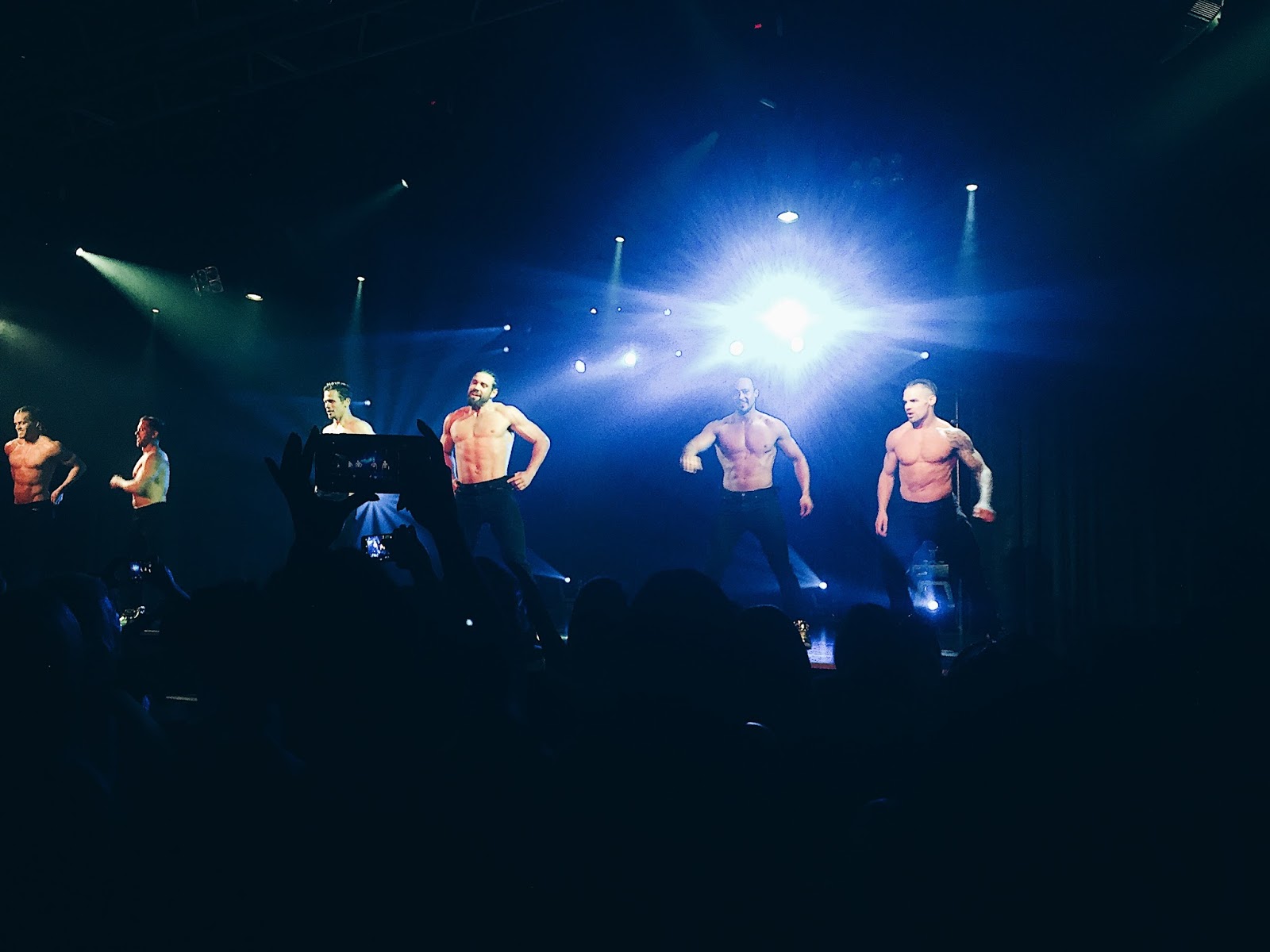 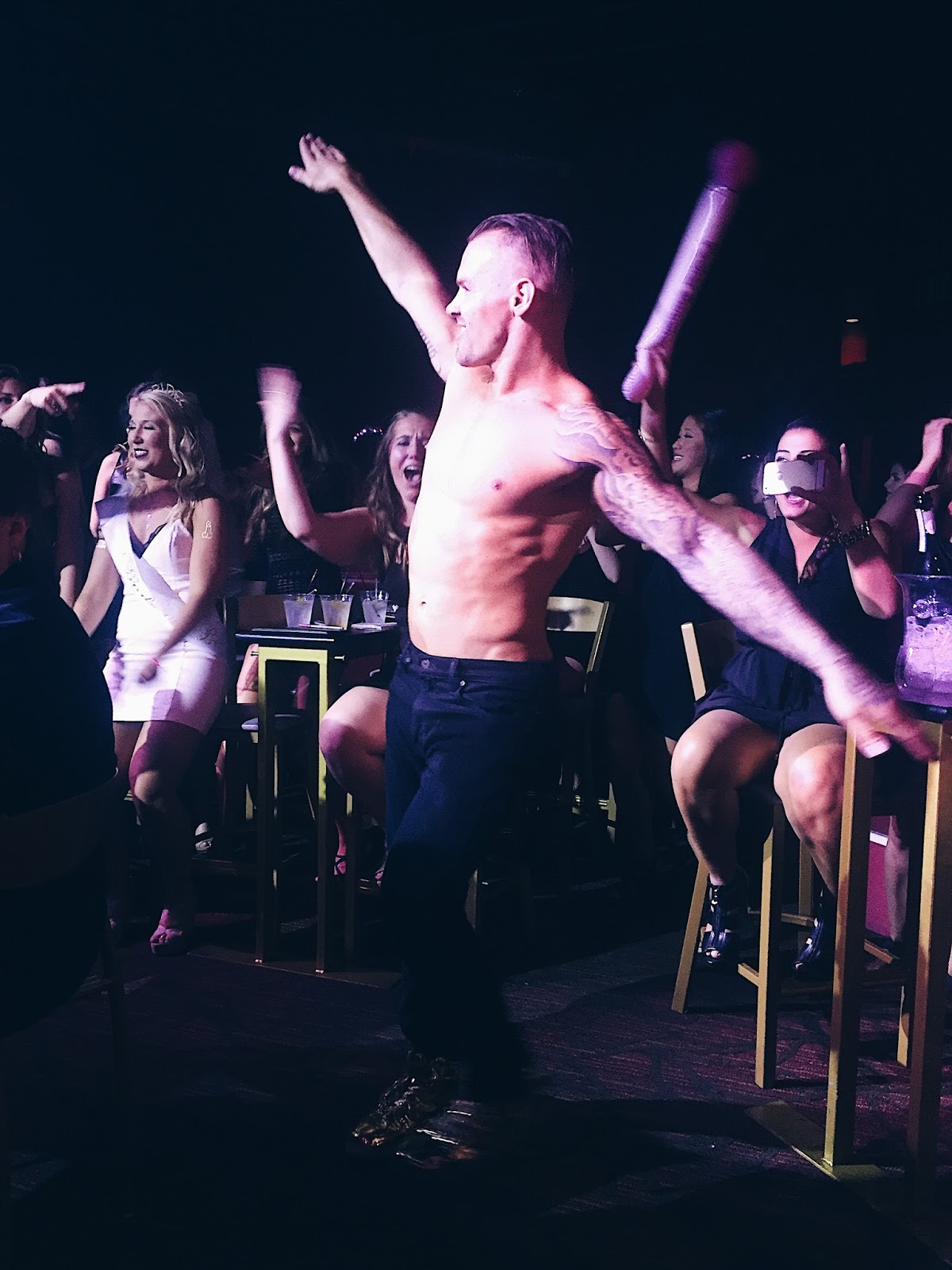 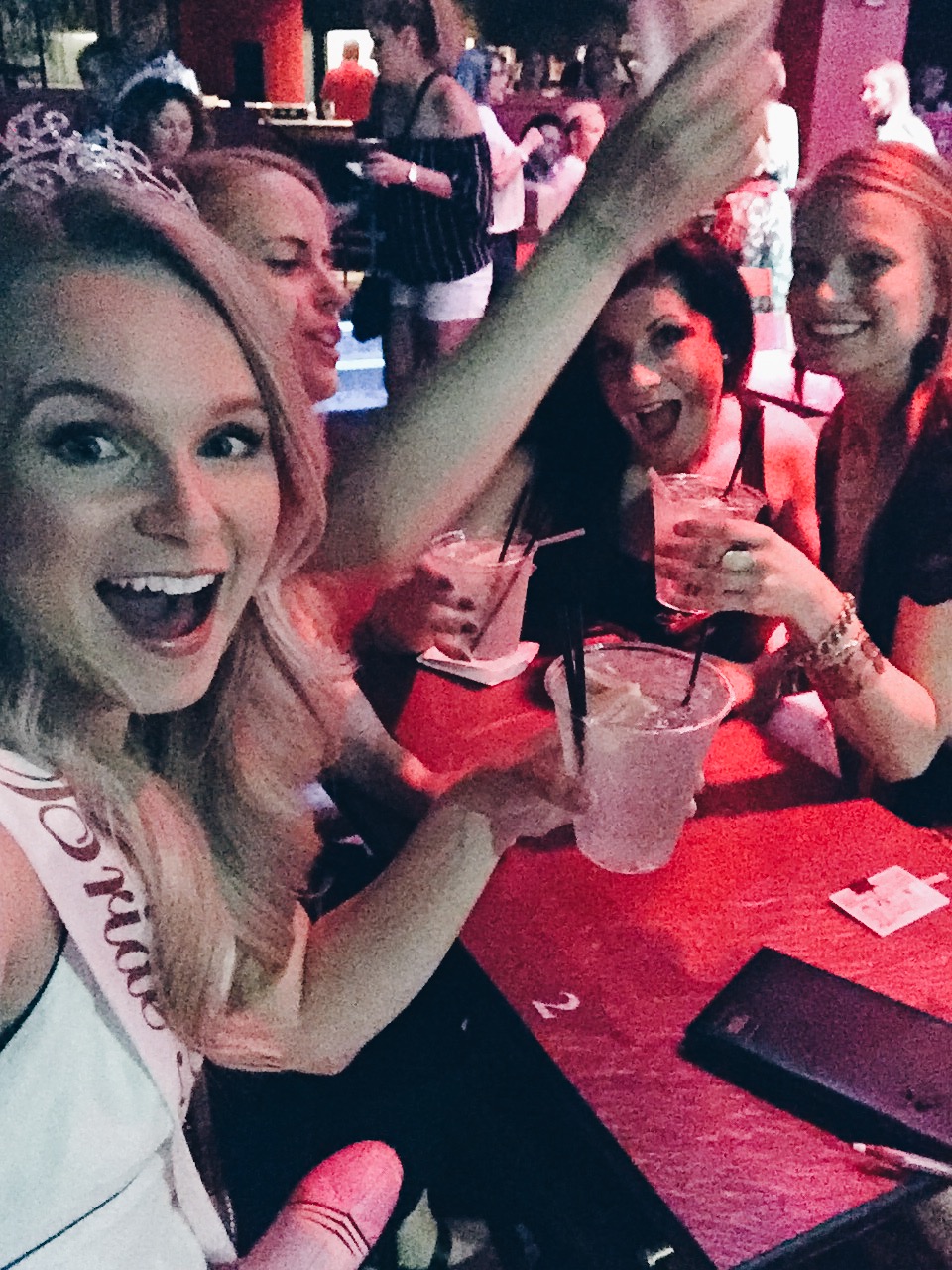 One things we really loved about the Thunder From down Under show was that the audience is arranged by tables, rather than in rows of seating. The tables are quite small, but you have enough room to rest your drink AND…..the men join in the audience and dance on the table tops! Yes! Up close and personal! They literally just move your drinks to the side and hop on up! 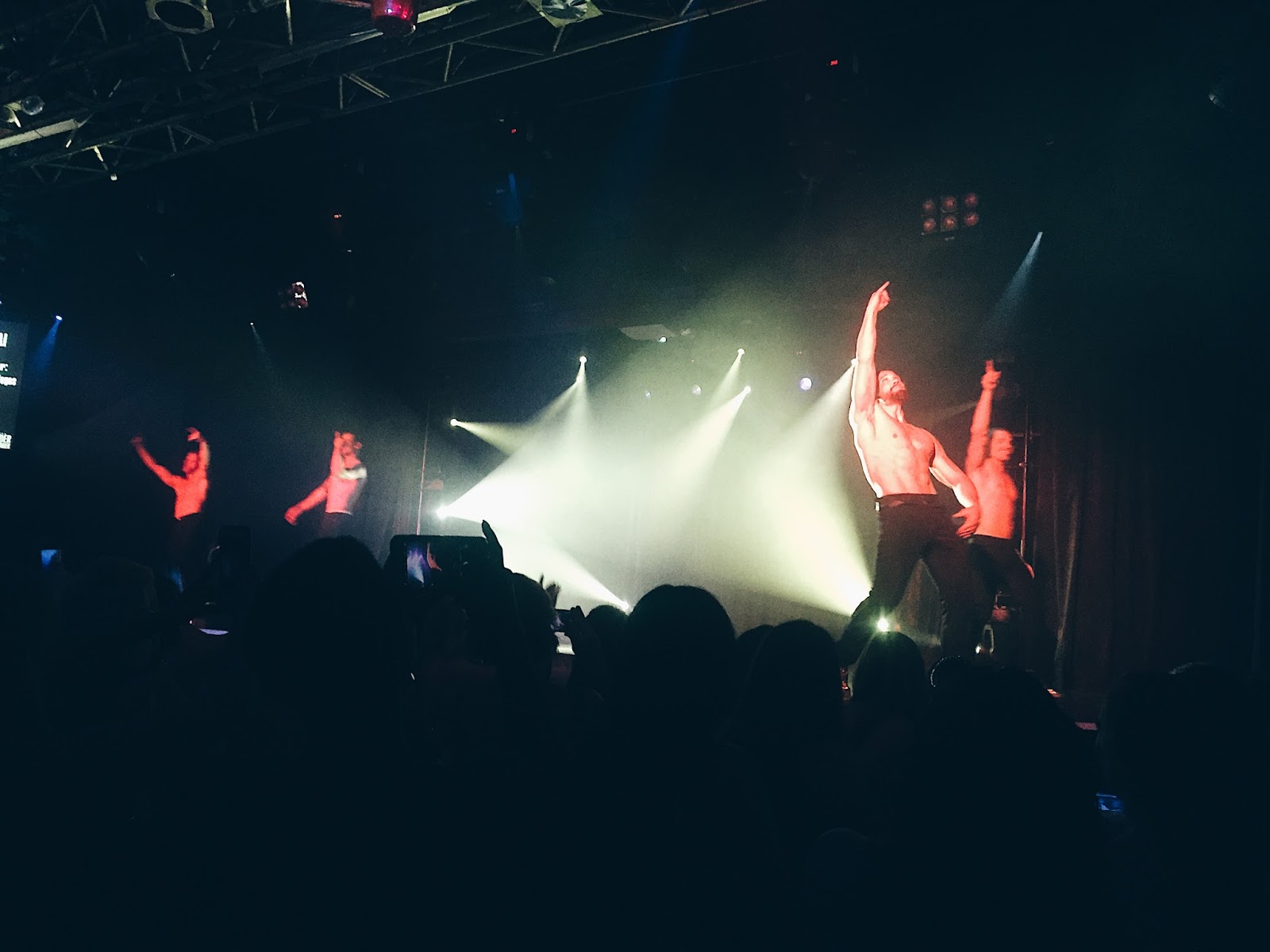 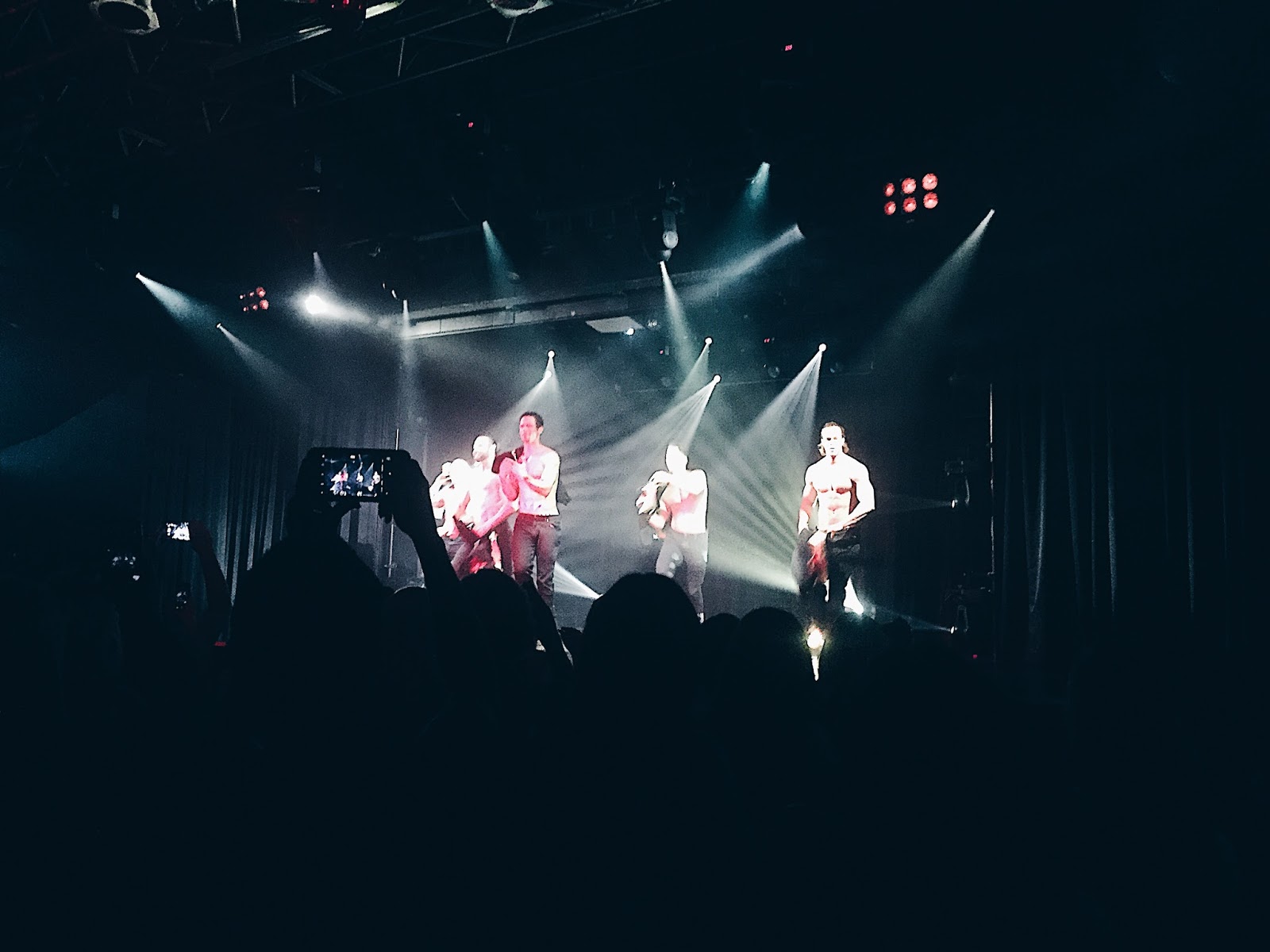 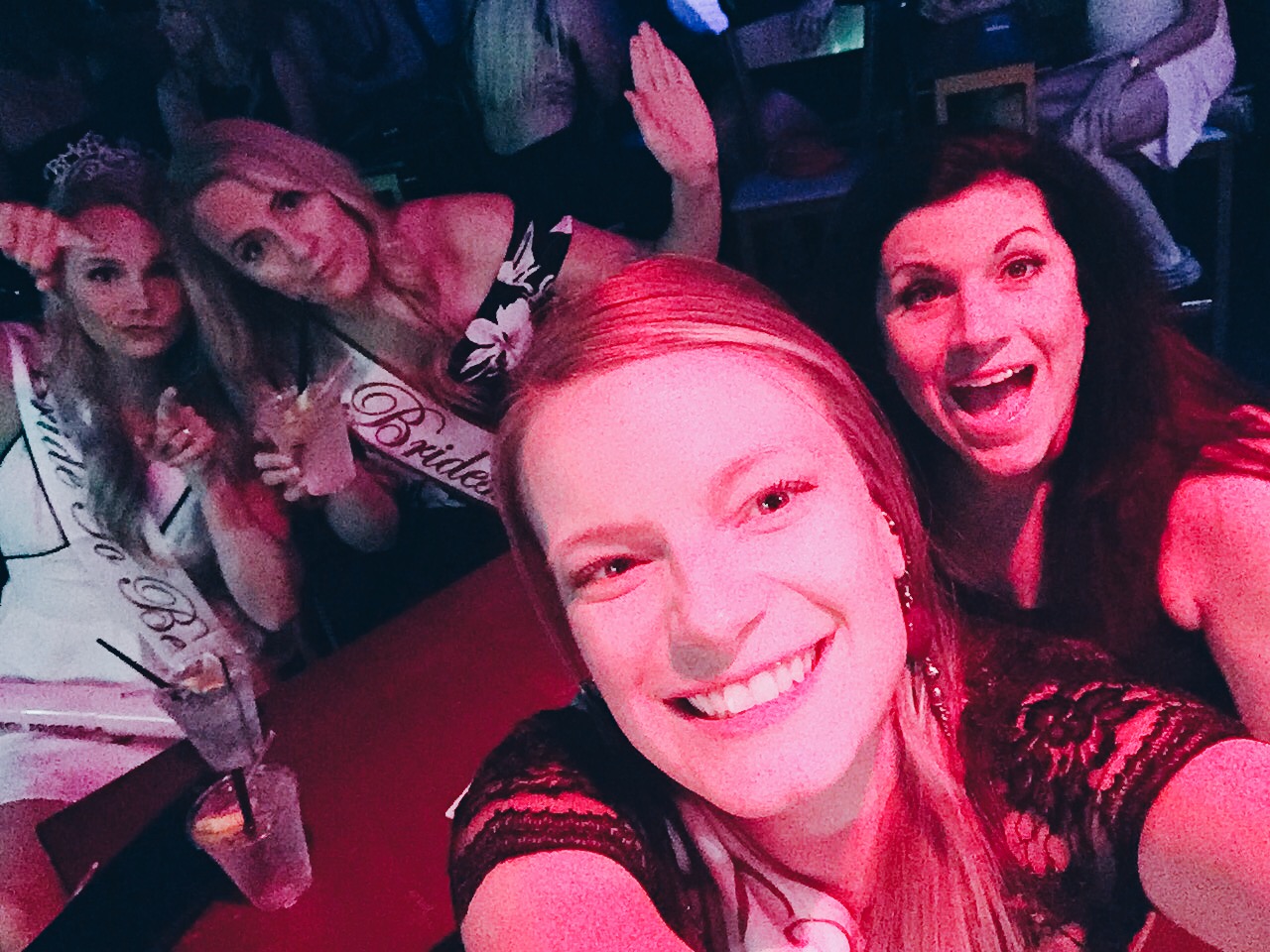 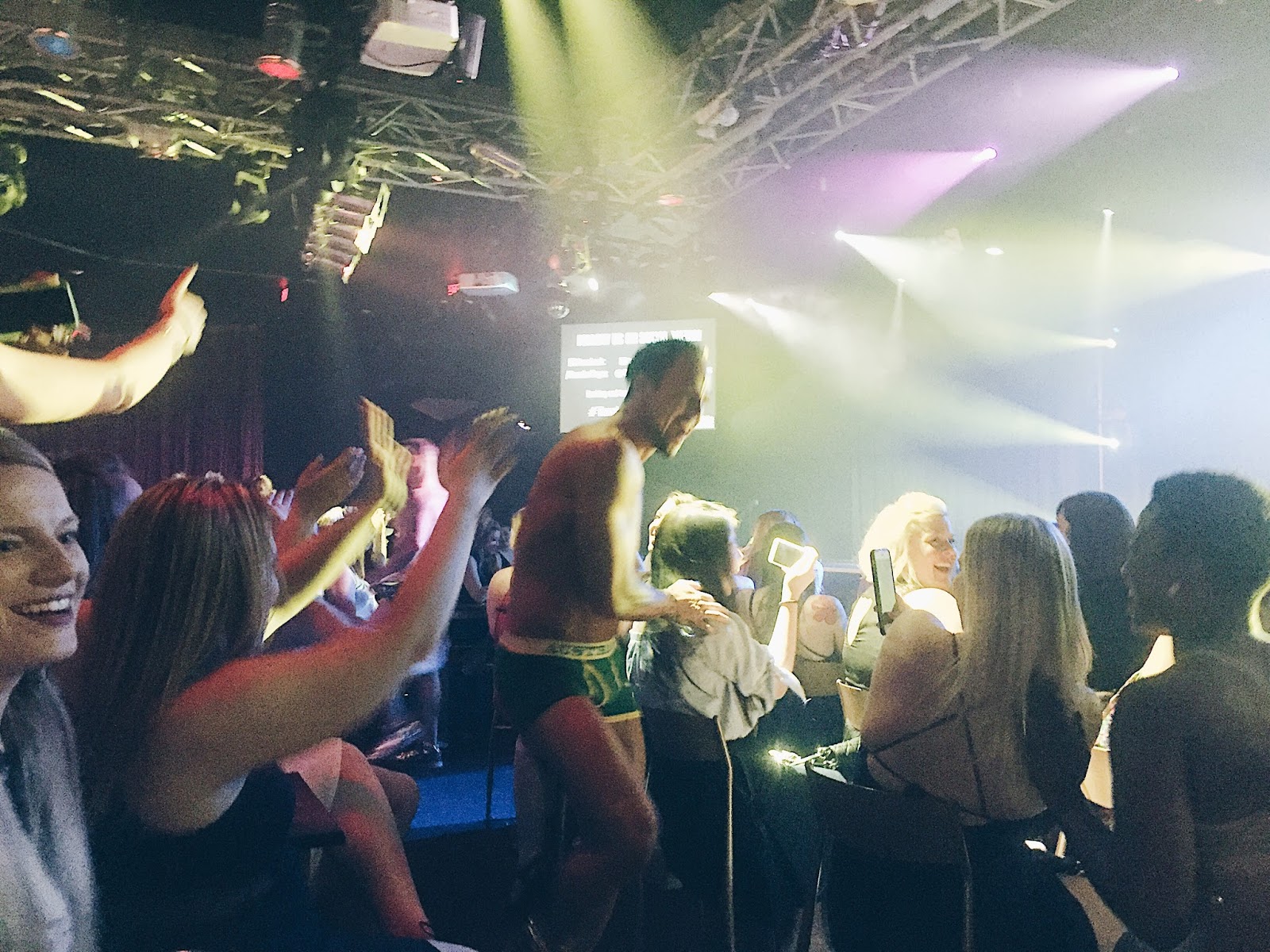 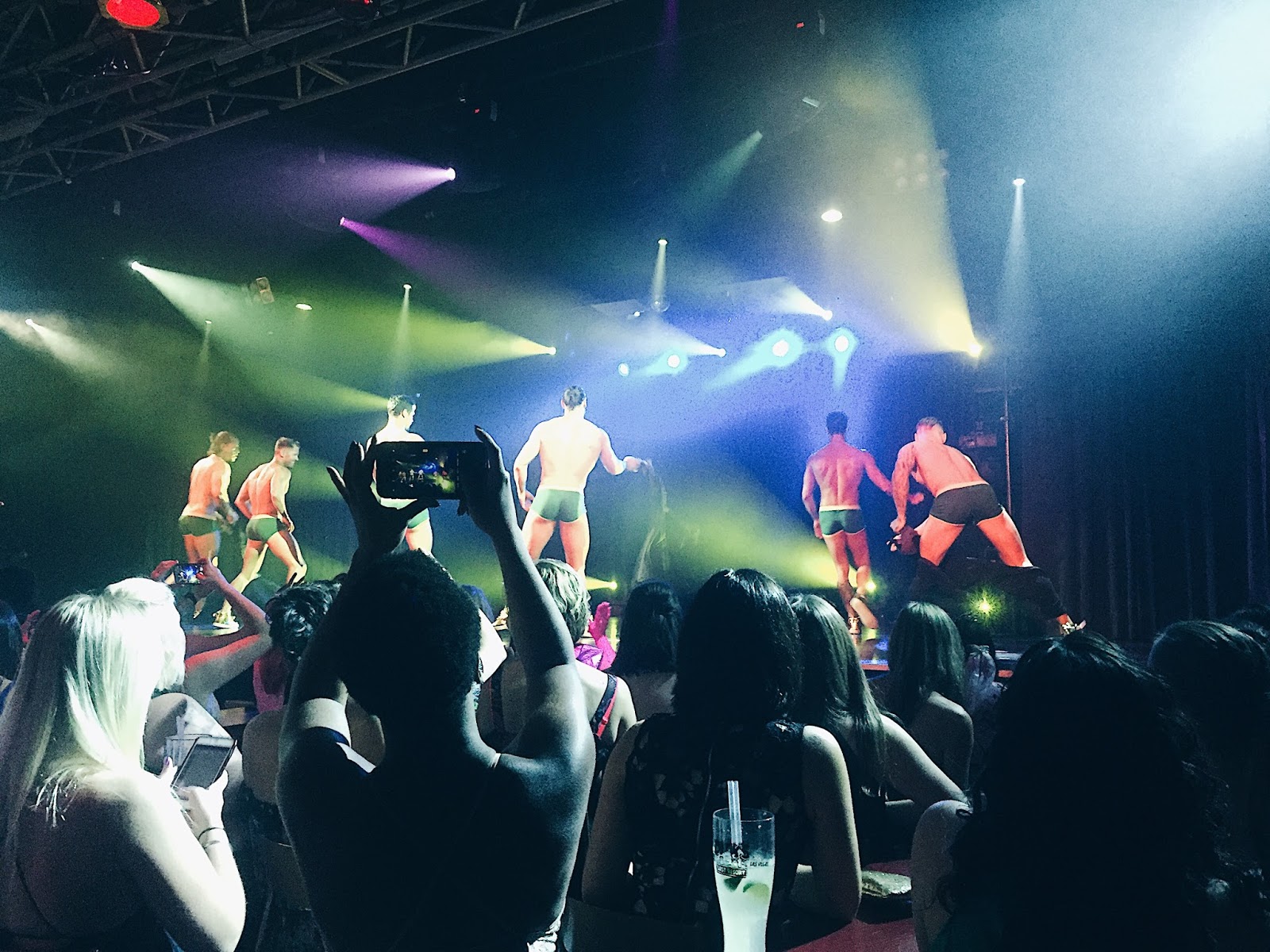 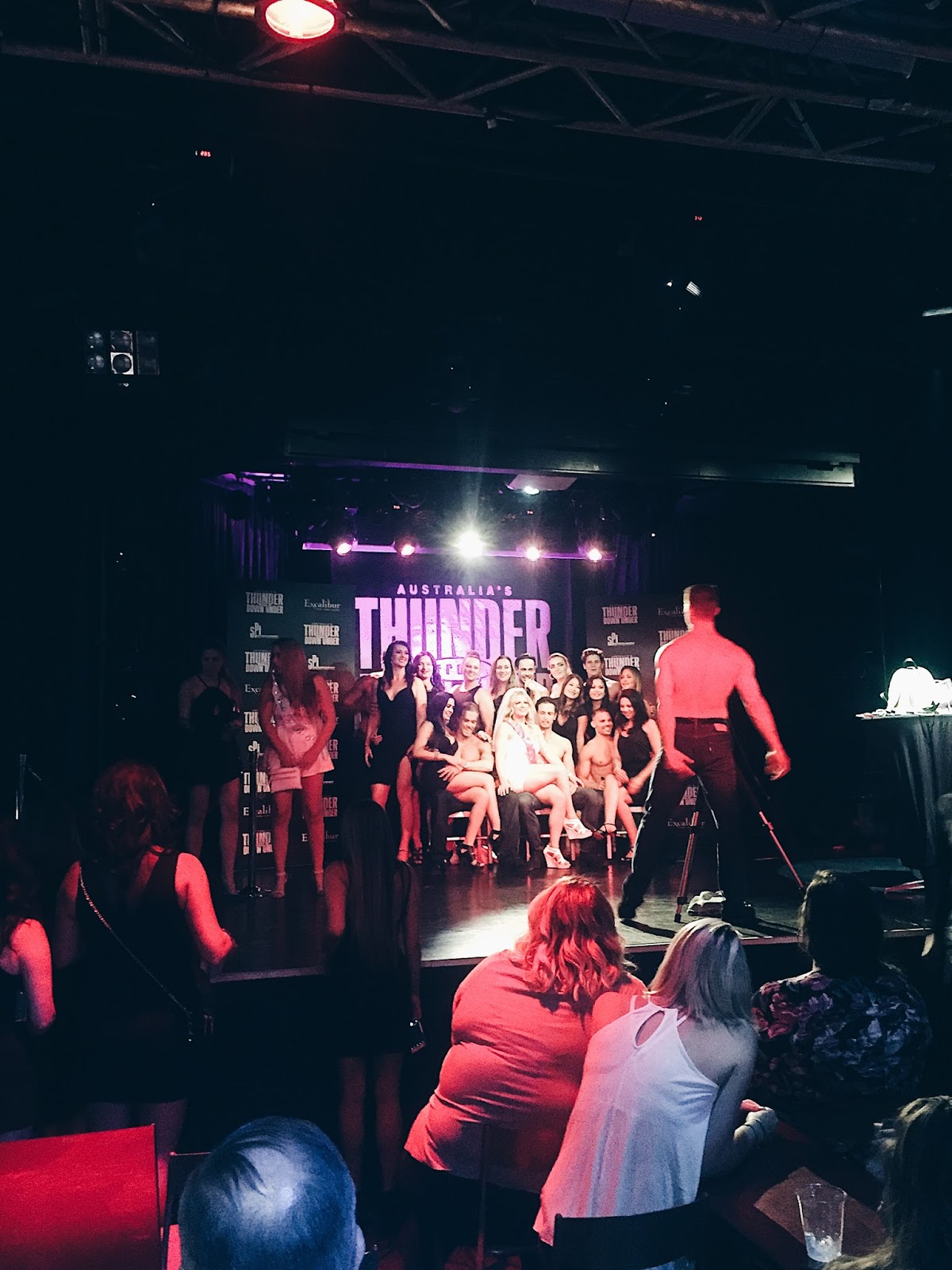 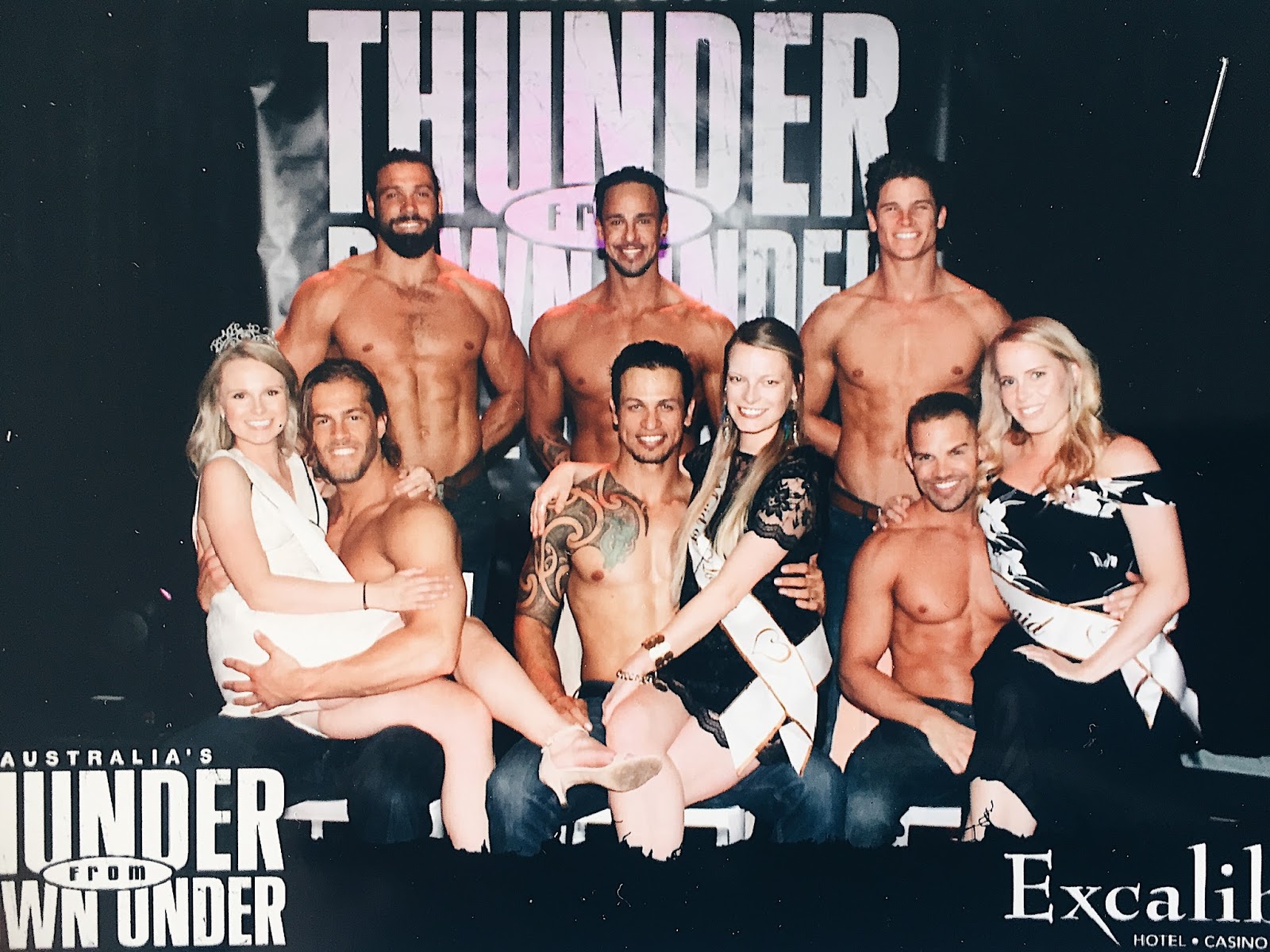 We didn’t want the show to end! So we hopped up on stage (with the rest of the screaming gals) for a photo with the guys. While we waited, Alexander (back row, on the left) twirled me around and we had a little salsa dance. He tossed me around like a toy doll! It was amazing! Haha

Andrew (the one whos lap I am on – haha!) was my favourite. We all had our flavour that we liked. I have had this photo out on display since we got home and Ken keeps hiding it on me. He knows it’s all in fun and games but prefers not to look directly at it – haha. He keeps says “well maybe Andrew can do that for you” or “wheres Andrew?” “Maybe you should ask Andrew!” Haha I love that he has a sense of humour about it. 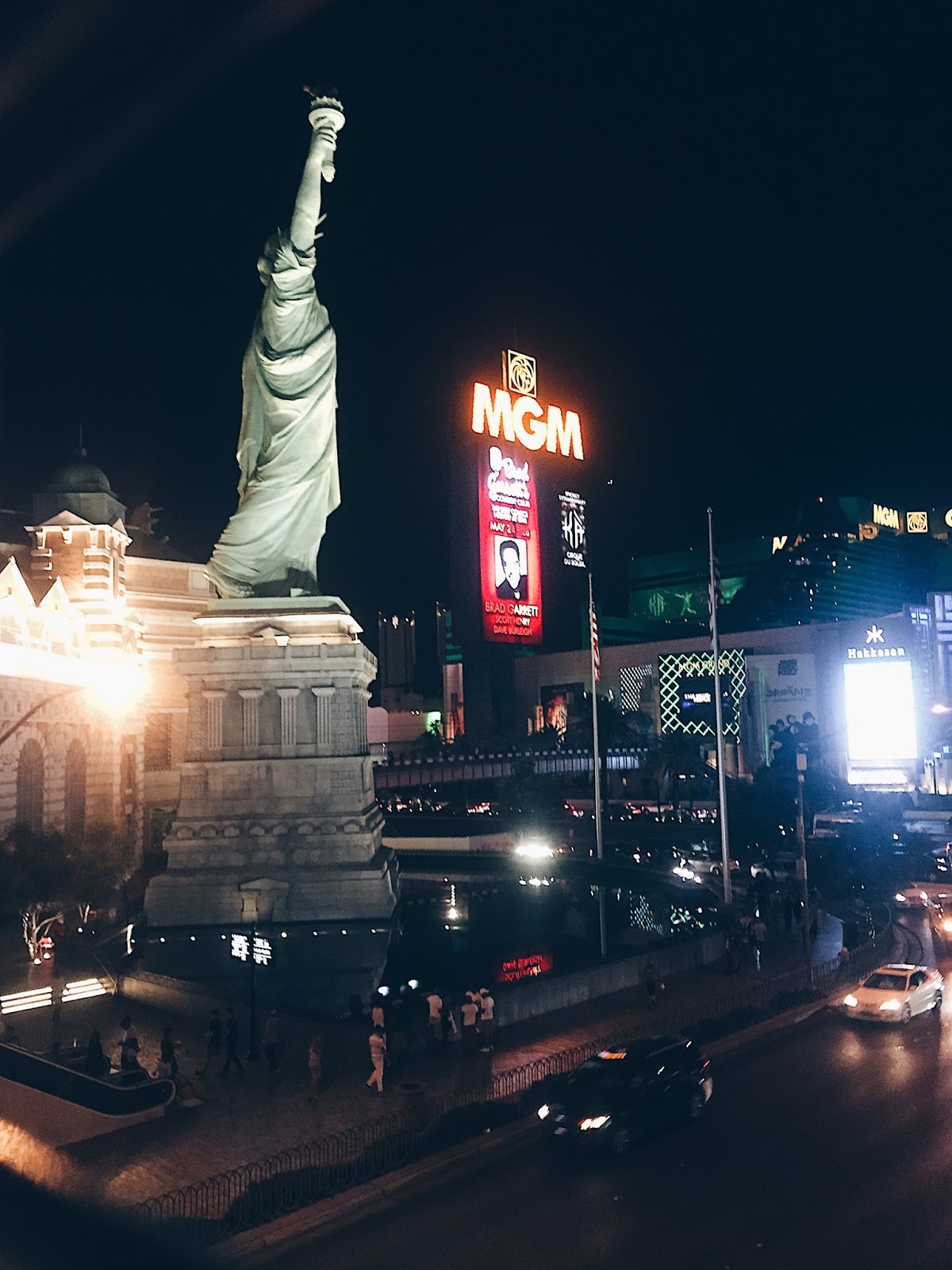 As you can imagine, the remainder of the night is pretty blurry. We did get a little video footage that will come in a recap video down the road, but I couldn’t find any photos.

After the show, we ended up at Coyote Ugly, where I danced on stage! We also made it to Hooters, and to a few other places. My shoes were killing me despite all the liquor so, like a classy lady, I ended up barefoot on the strip before we found a small store to buy a pair of flats in. I even wore my comfy heels! But when you are on the move as much as we were, you are bound the end up hobbling. Not my finest moment, but I can blame it on the fact that it was my bachelorette party 🙂 And it makes for fun memories now.