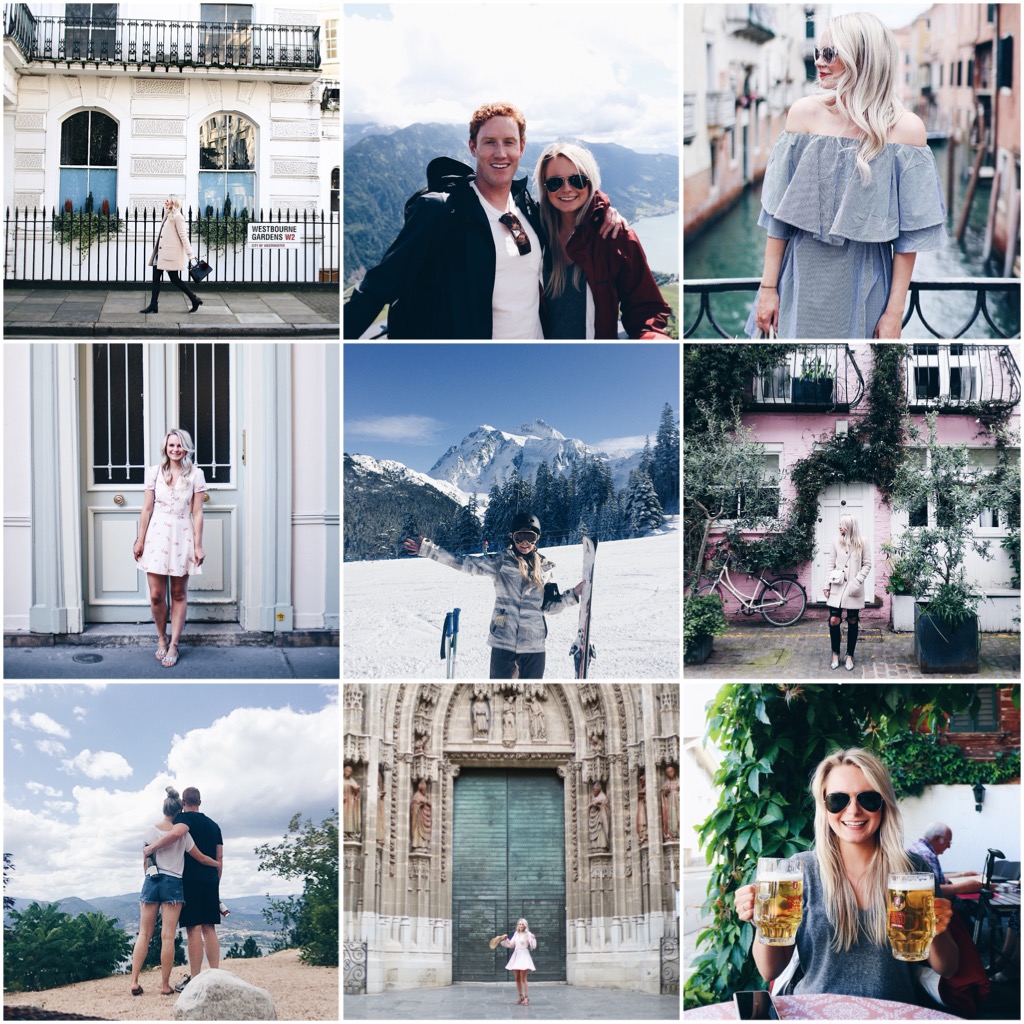 We are moving to…

AND…..we leave on Friday. Yes, that’s 2 days away. AH! And I haven’t even started to pack. Holy crap. I can’t believe I am saying this. It still feels like I’m talking about someone else when I say it. It feels like its been a LONG time coming but here it is! I’m writing a blog post about the fact that we are moving to France. So crazy.

We can’t wait to share this journey with you. It’s going to be one heck of a time. Hopefully full of travel, adventure and learning! So I hope you stay tuned to see what we get up to. If you aren’t already, make sure to follow me on Instagram (@aandreaclare) and on youtube (Subscribe HERE) where we post vlogs, travel videos and anything else I get up to.

Generally when you break this kind of news, lots of questions follow. Our friends and family had lots for us when we first told them we were heading out again. A lot of my co-workers had lots to ask as well, so I figured many of you might be curious about a few of the details. So in addition to the big announcement, I’m going to answer a few of the most common questions we got when we told  people we were moving to France. I’ll keep it short and sweet – but here we go!

(If you prefer this kind of thing in video format, there is a video on the same questions down below – if you want to check it out 🙂 OR click HERE to watch it) 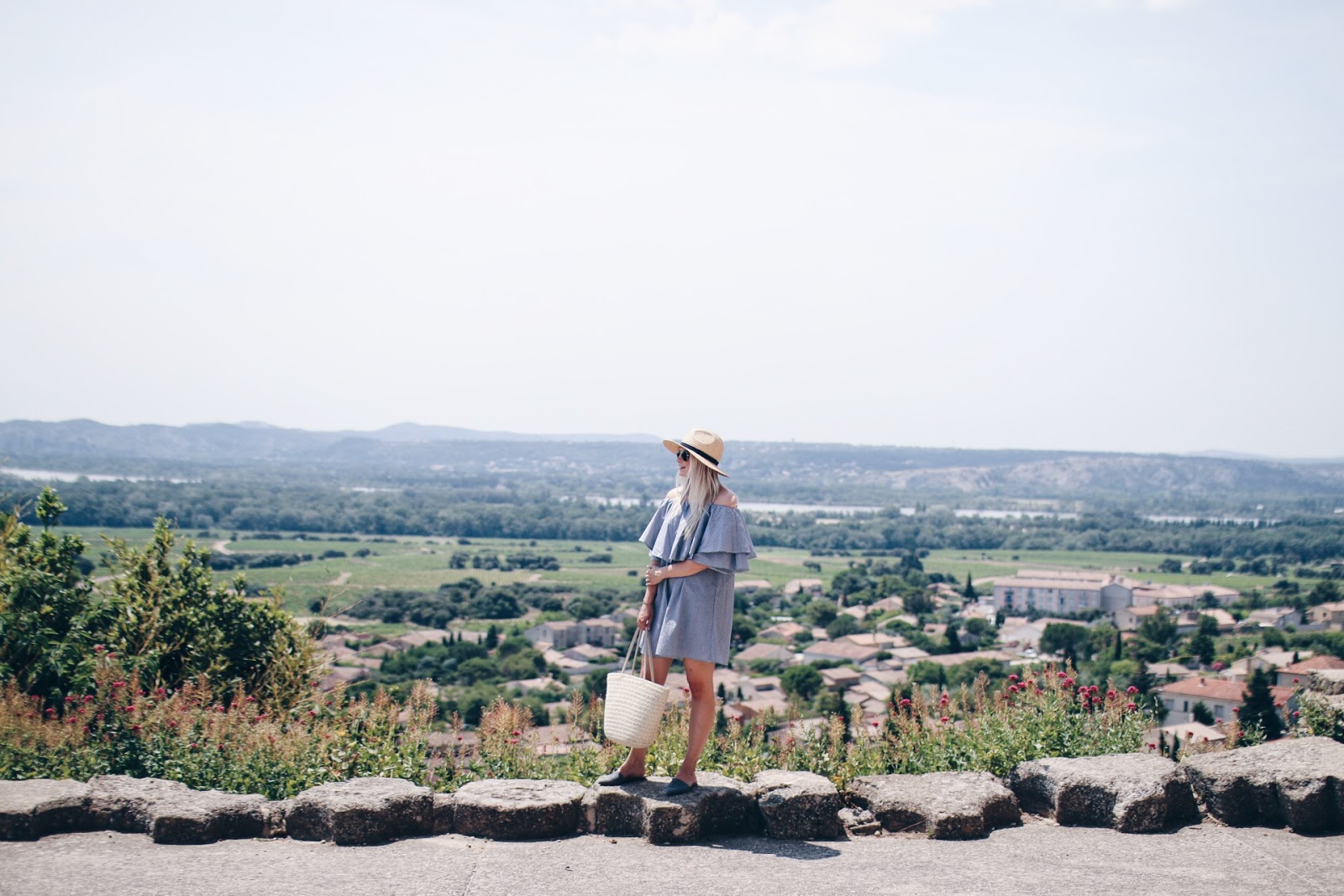 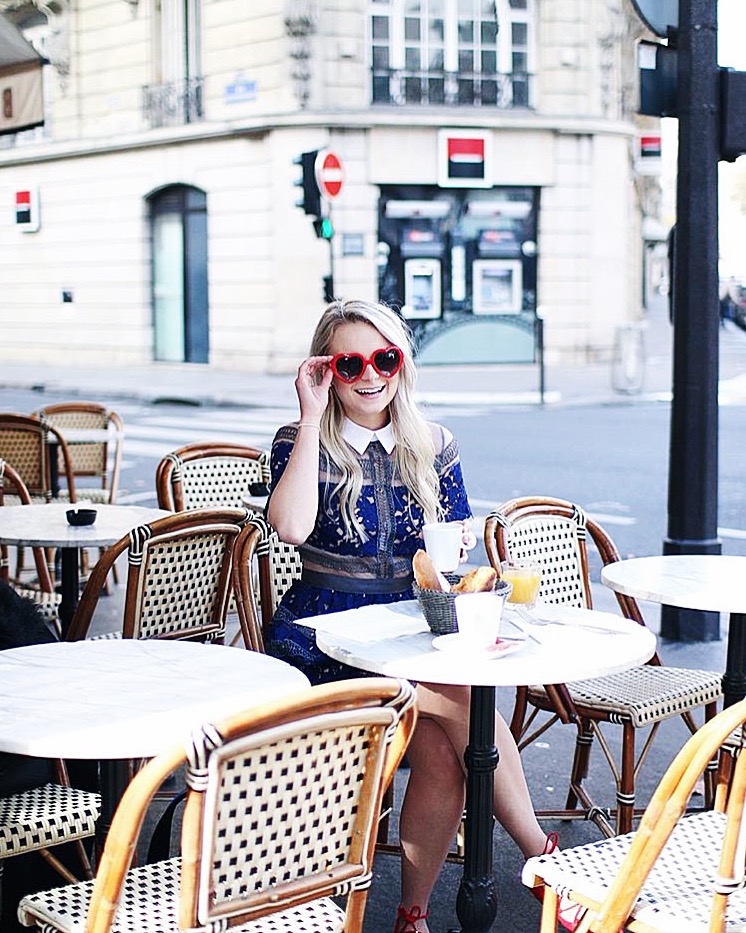 We are moving to France because Ken got into a really great school to do his MBA. It wasn’t because we specifically chose France, it’s simply where the school is located. When we started to discuss the idea of travelling for his MBA, Europe and the UK appealed to us much more than anything in Canada or the United States. London and France were the two spots with the best schools, so that’s where he applied. We hadn’t lived in France yet – so we went for it! We figure we are young, don’t have children or animals and didn’t have a problem selling everything we own – so it was now or never. 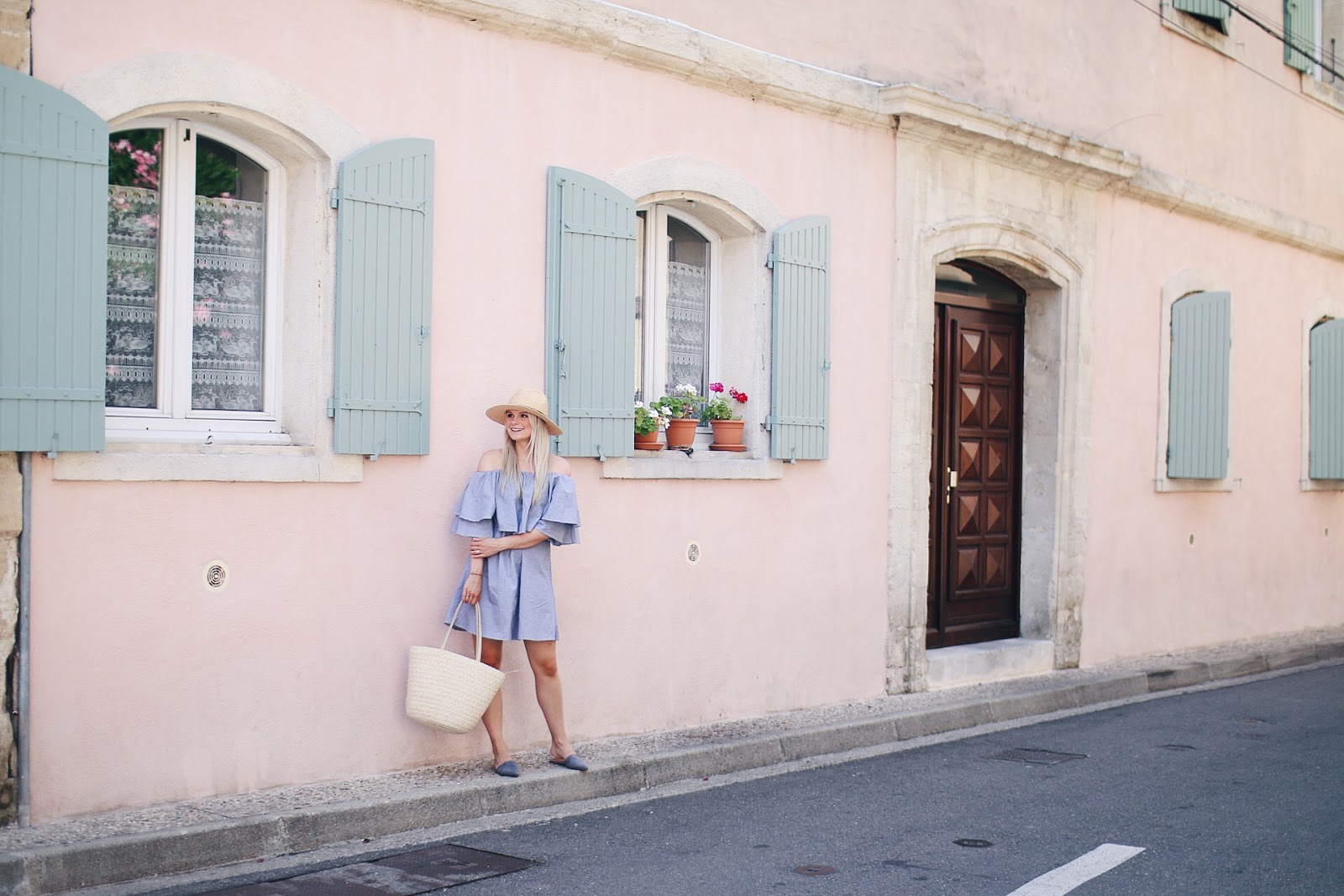 The school is called INSEAD and is located south east (about 45 mins by train) from Paris. It’s called Fontainebleau.  It’s a TINY TINY town with a ton of charm. It’s known for his beautiful chateau in the centre of the city. 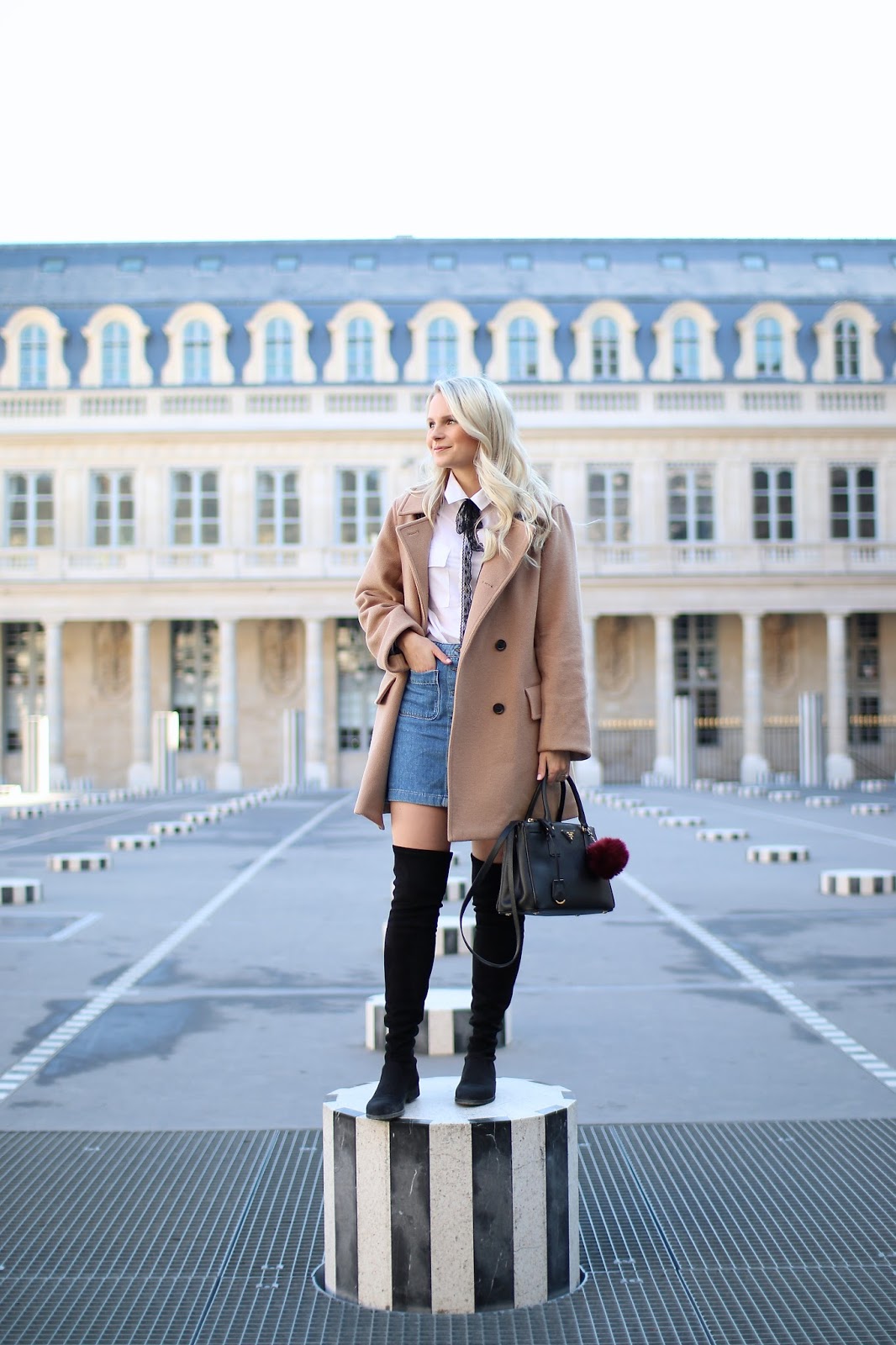 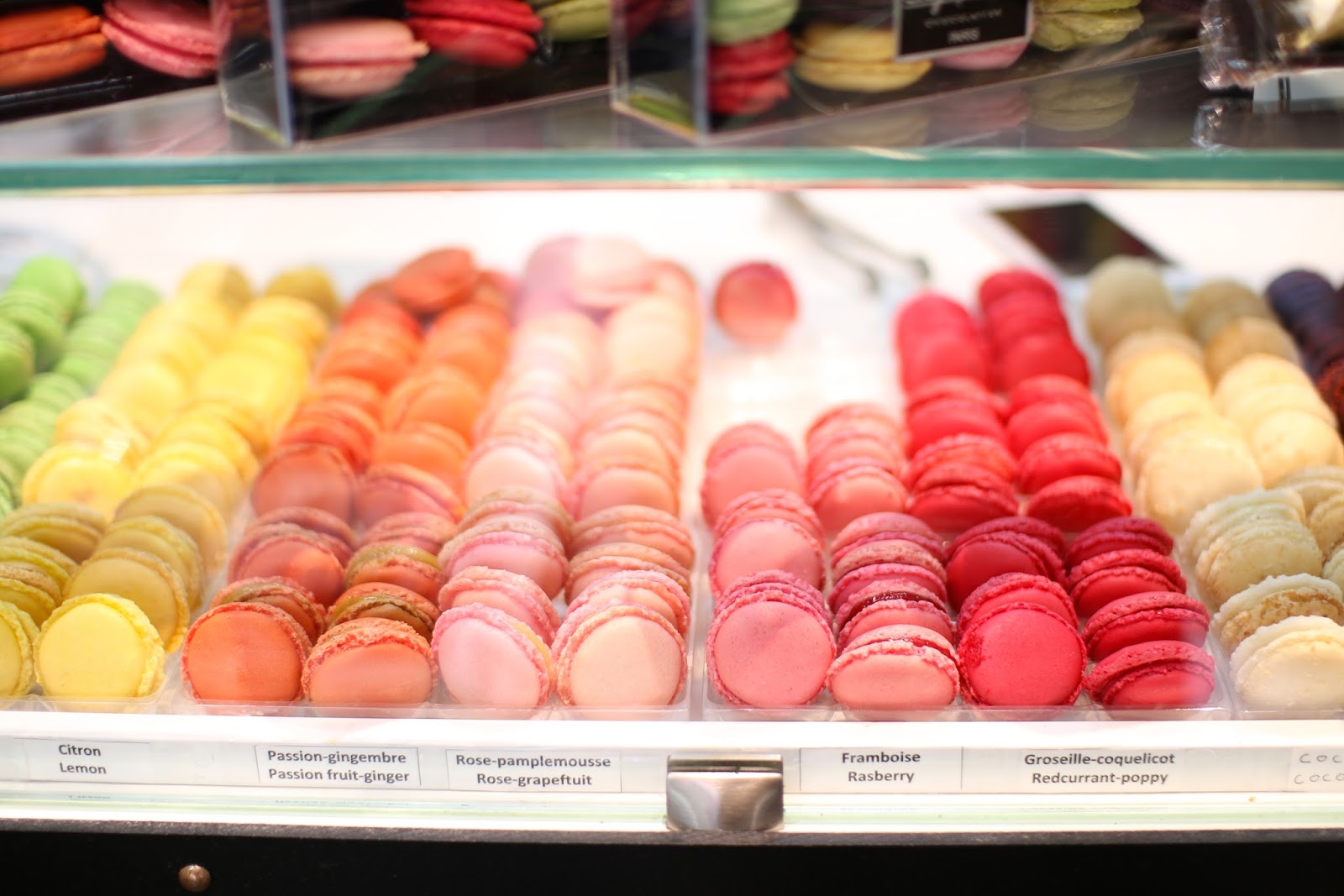 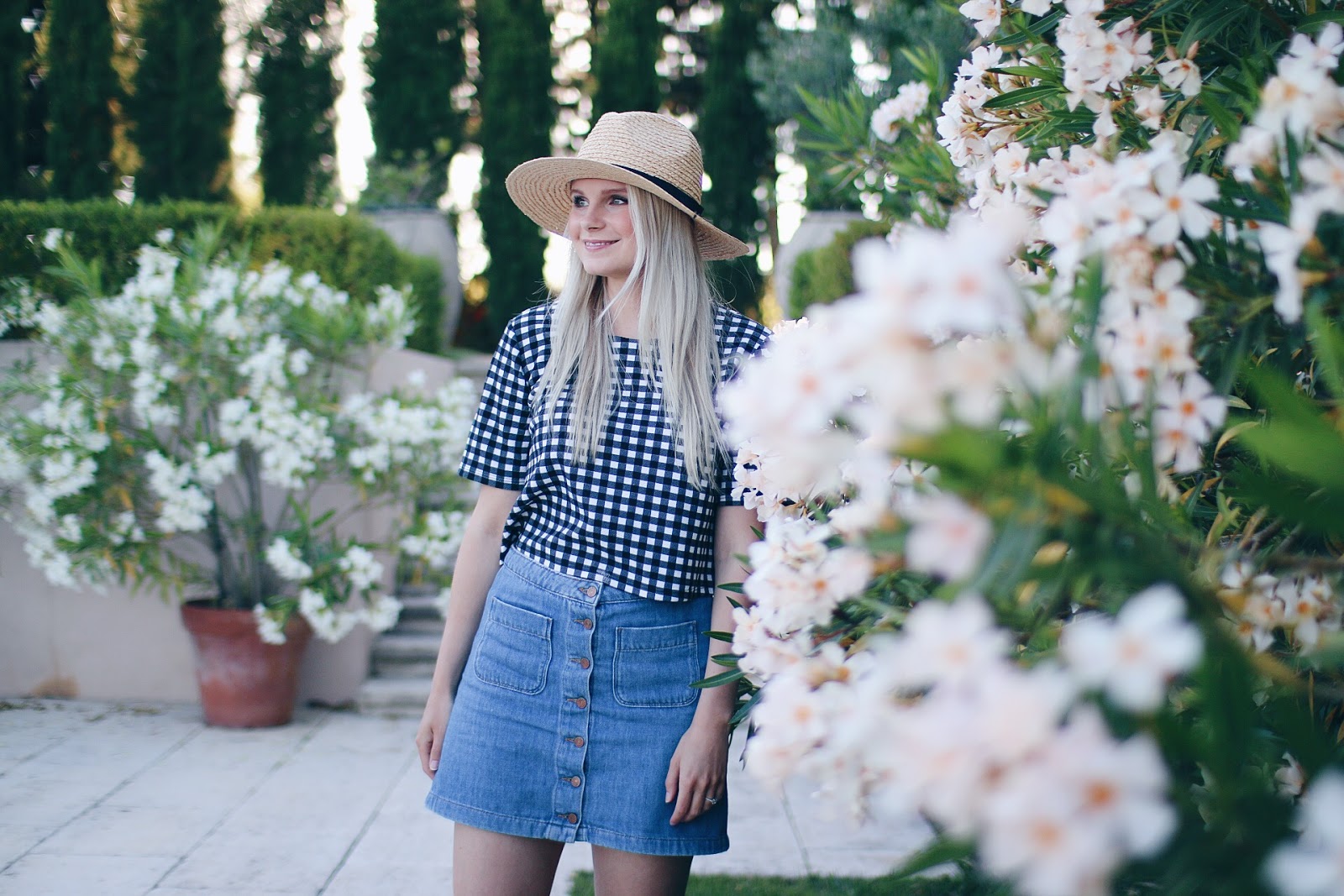 Where are you living now?

We decided to leave our Vancouver apartment mid December and move in with my mom in the suburbs. We love staying at my moms and wanted the extra family time over Christmas before we left on our big adventure. I don’t know how many son in laws love living with their mother and law – but Ken is one of them. He LOVES it here. We couldn’t get him out of our apartment and moved into moms fast enough! We are staying here about 2 weeks before our flight and are loving every minute of it 🙂 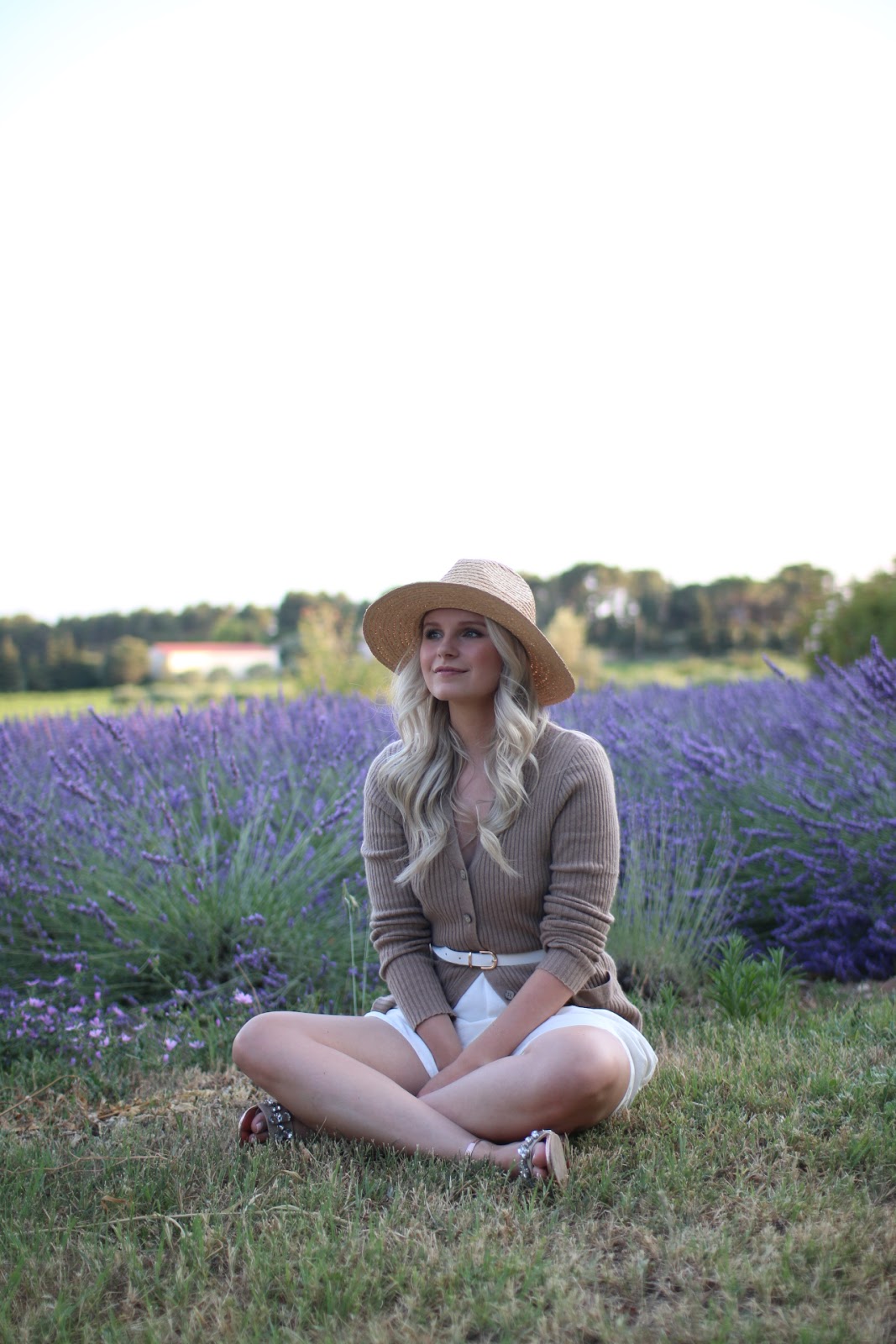 When do you leave?

We head out on December 29th and are flying into Paris.  We will be staying in Paris for New Years before making our way to our new home. We will certainly be documenting all of that on my Instagram -(@aandreaclare) – so make sure you are following along! 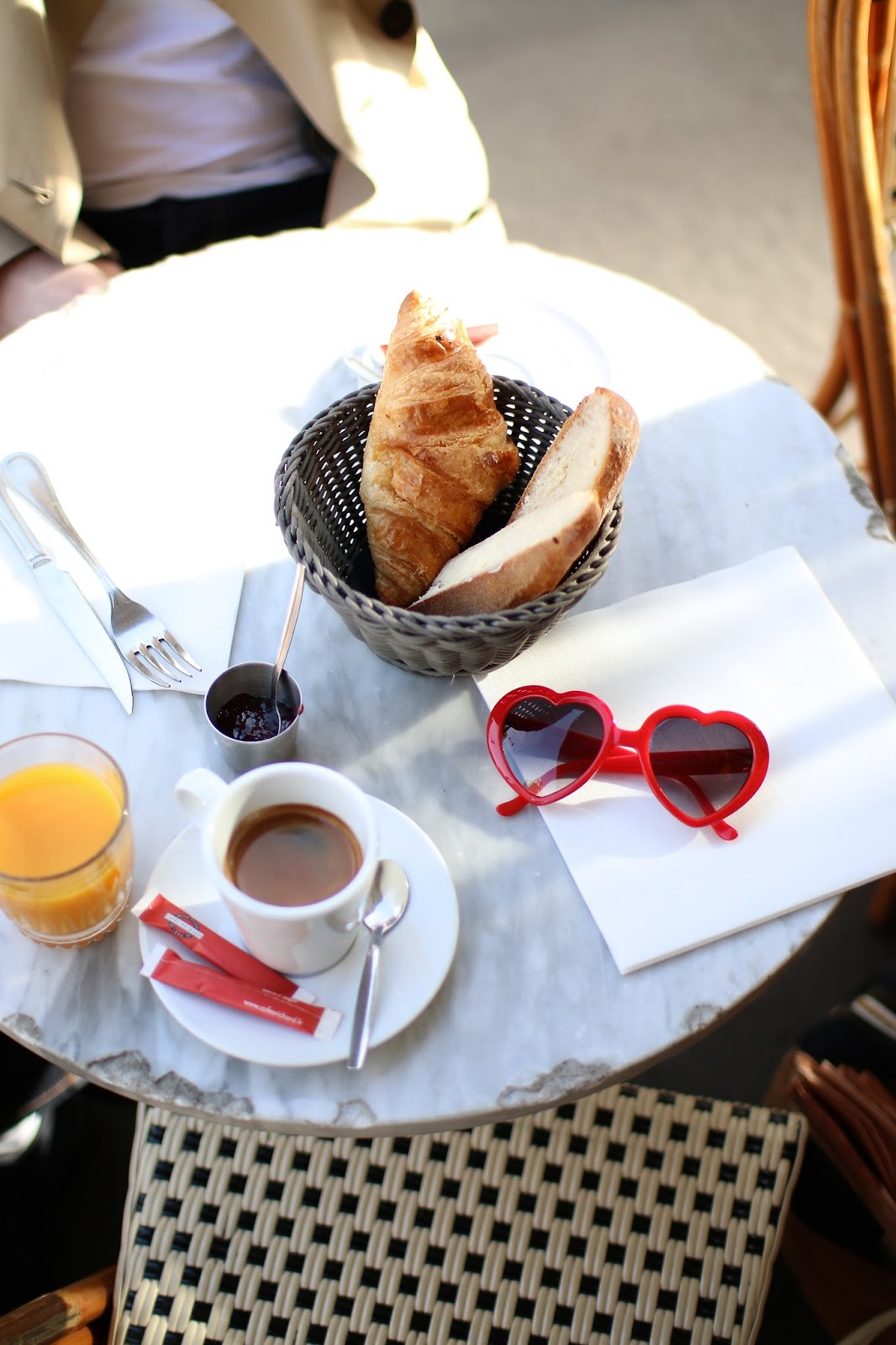 Will you be working in France?

No, I won’t. Currently I have another Leave of Absence from my job (same thing I did when we lived in London). As a nurse, I would have to get registered and take exams before I could even apply for a job. It’s a bit of a nightmare. So for now, I won’t be working. I’ll be keeping myself busy with the blog, my youtube channel, taking french language classes and baking classes! Ken is super excited about the baking classes – haha. 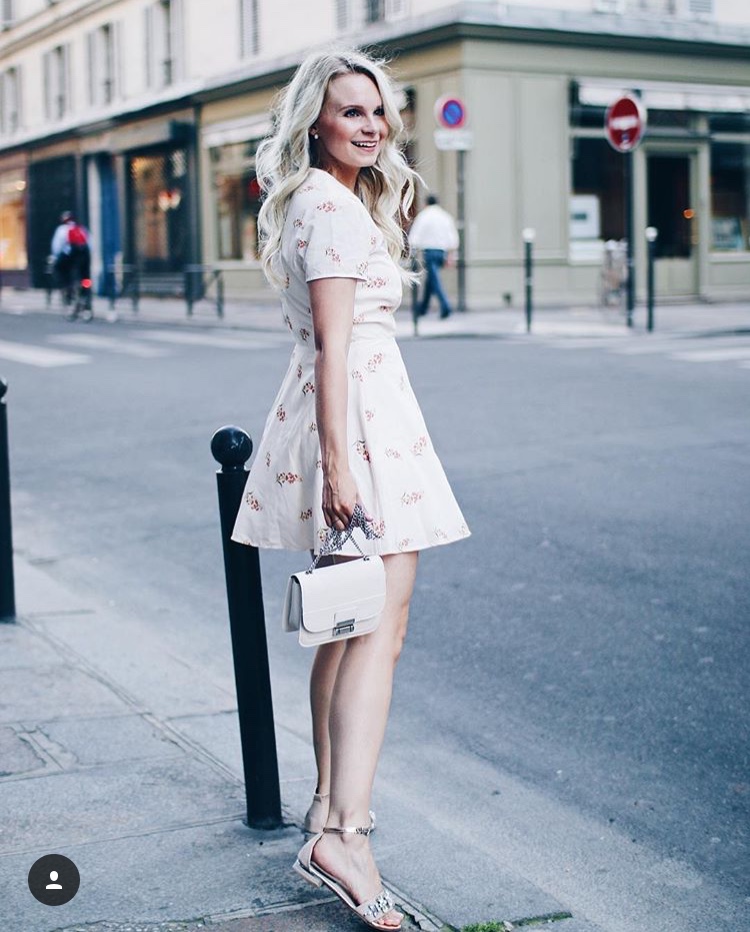 How long will you be living there?

The program Ken is in is a condensed (and super intense) 1 year MBA program. There is a break in the middle for job hunting and internships, which might take us out of France for a short while, but we will be living in France for most of the year. 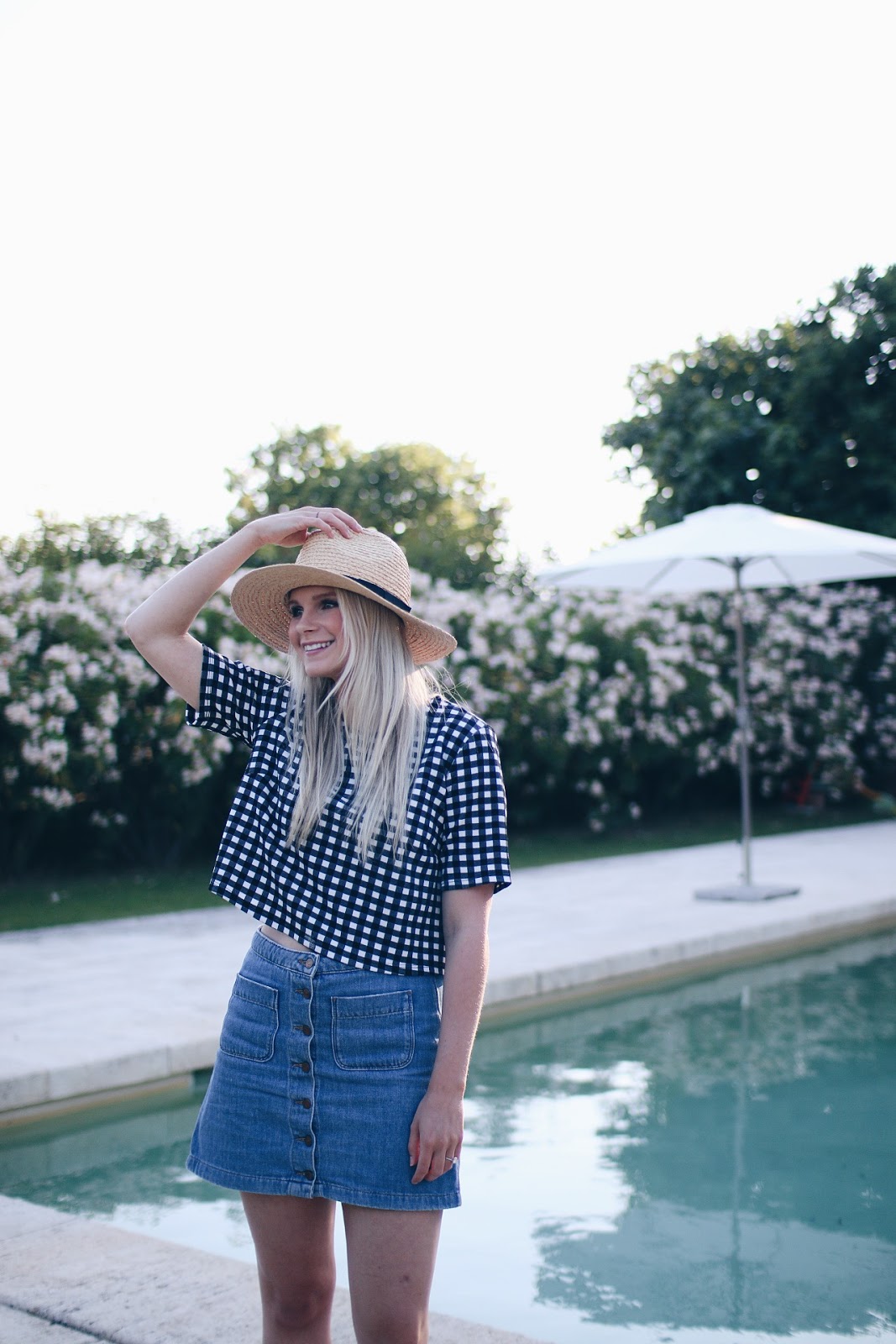 What was the process like? Visas, language exams, moving…

STRESSFUL! Oh lord! One we knew Ken had been accepted into the program – we started looking for accommodation right away. We emailed about 13 different places and only 1 was still available. This was within about a day of finding out Ken was accepted. We did managed to snag the 1 place that was still available – thankfully! It’s a tiny little flat very close to the city centre. It’s perfect! I can’t wait to see it for the first time. Once we had that in place, Ken began studying for his language exams. He had tutors, watched french news and french movies. I was constantly testing him and having him translate things. Everyday at work I would be waiting for the text to come though to say that he passed. I was having a hard time concentrating! Especially because all this was happening just a few short weeks before we were planning to be moving to my moms place – and we weren’t sure if we were going to be able to go yet! Thankfully Ken passed the French exams and we were able to apply for our visas. The visas were also a bit tricky because he was in and out of the country (London, New York, Toronto) for business meetings. So we had to wait until he was going to be home for 10 days straight while his passport was in with the French consulate. It was all a very tight timeline. Once we got a go ahead on that – I was able to let my work know that we were likely to be leaving (assuming my visa went though ok), give notice on our apartment, sell everything we owned, and move into my moms! So although we knew he has been accepted into the school before our wedding in July, we weren’t actually certain we were going FOR SURE until a few weeks ago! It’s been a roller coaster not knowing if we were leaving the country or not but we are SO happy it’s all come together. 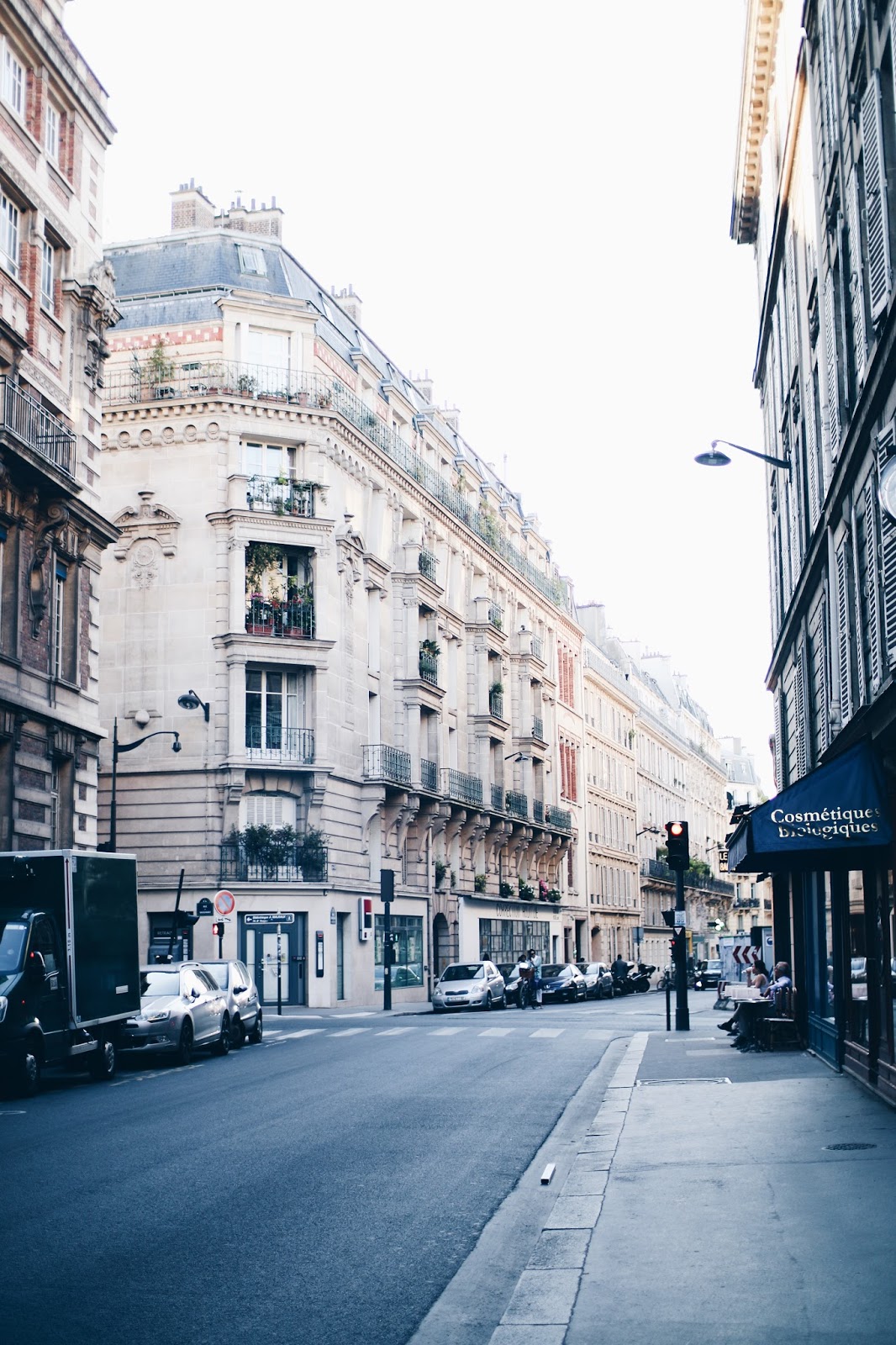 Although I took French in high school and I can make my way through a menu – I wouldn’t say I speak French at all. However, because Ken had to get though both oral and written French exams before we were officially going, he is pretty darn good at it. I would consider him nearly fluent but he would never say that – haha. I do plan to take french lessons during our time there and I HOPE that eventually we will be able to hold a simple conversation in French or even get through a dinner in French – Wishful thinking? I hope not! Do you have an apartment there?

YES! We do! As I mentioned above, I started to sweat when we couldn’t find a single thing! But thankfully our place came up – we signed the contact and we will be there in the new year 🙂 We will be sharing the place initially on my Instagram (@aandreaclare) if your interested in seeing the first few sneak peeks of our new home 🙂 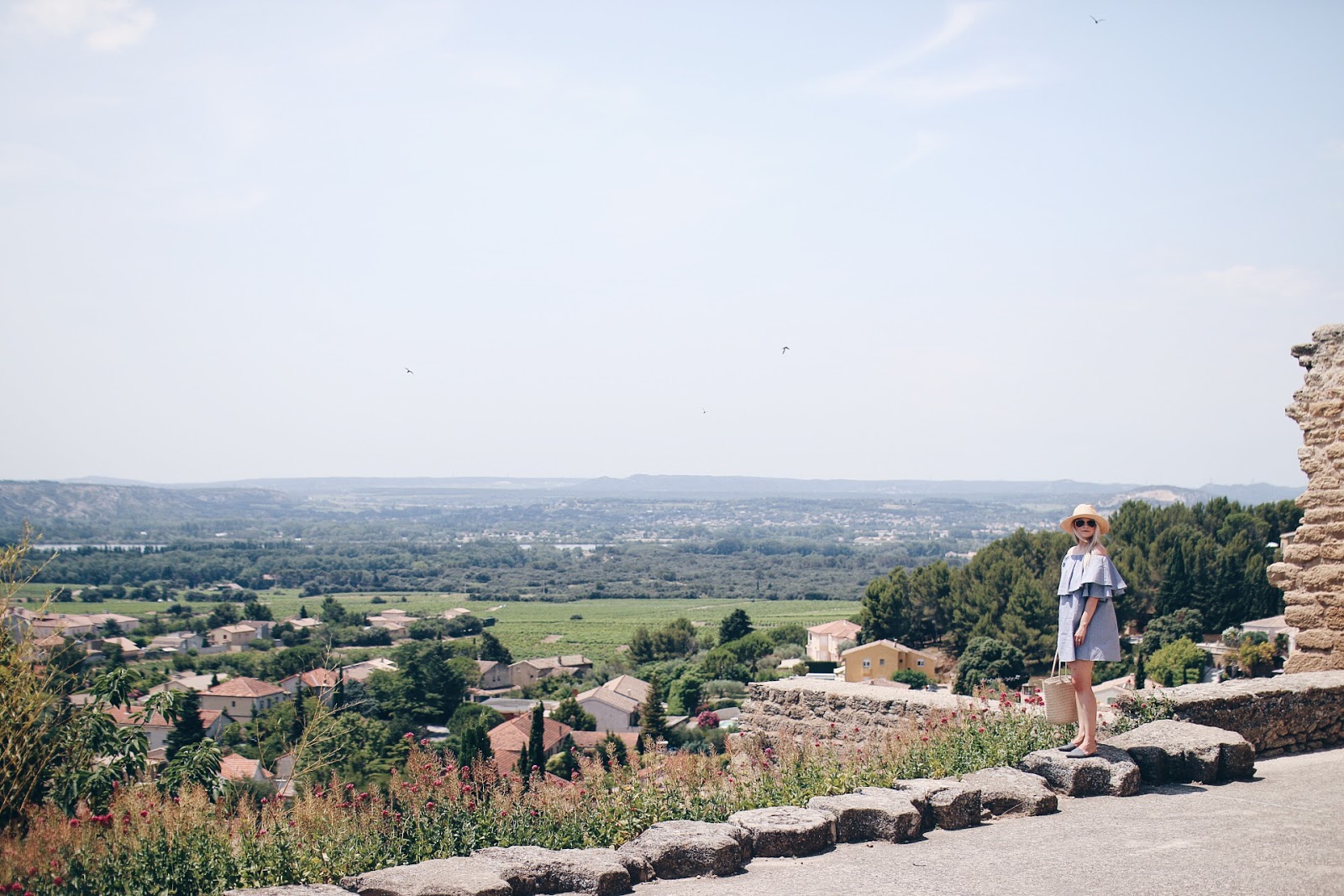 YES! Super nervous. We are moving to a country we have only been to a few times, I don’t speak the language and I have never been to the town I’m moving to! It’s madness! But super exciting all at the same time. We also have no idea where in the world we will be living after the program so we are truly flying my the seat of our pants right now. Nothing is set in stone and nothing is certain. It feels a bit like free falling at the moment but we wouldn’t have it any other way. I can’t wait!

I hope you guys are excited to follow along on this adventure! As I said many times – Instagram is the place to follow us for the first few weeks. We will be sharing our travels there, our time in Paris, arriving in our new town and our new apartment! It will all be over there before anything makes it to the blog.  So I will see you over there!