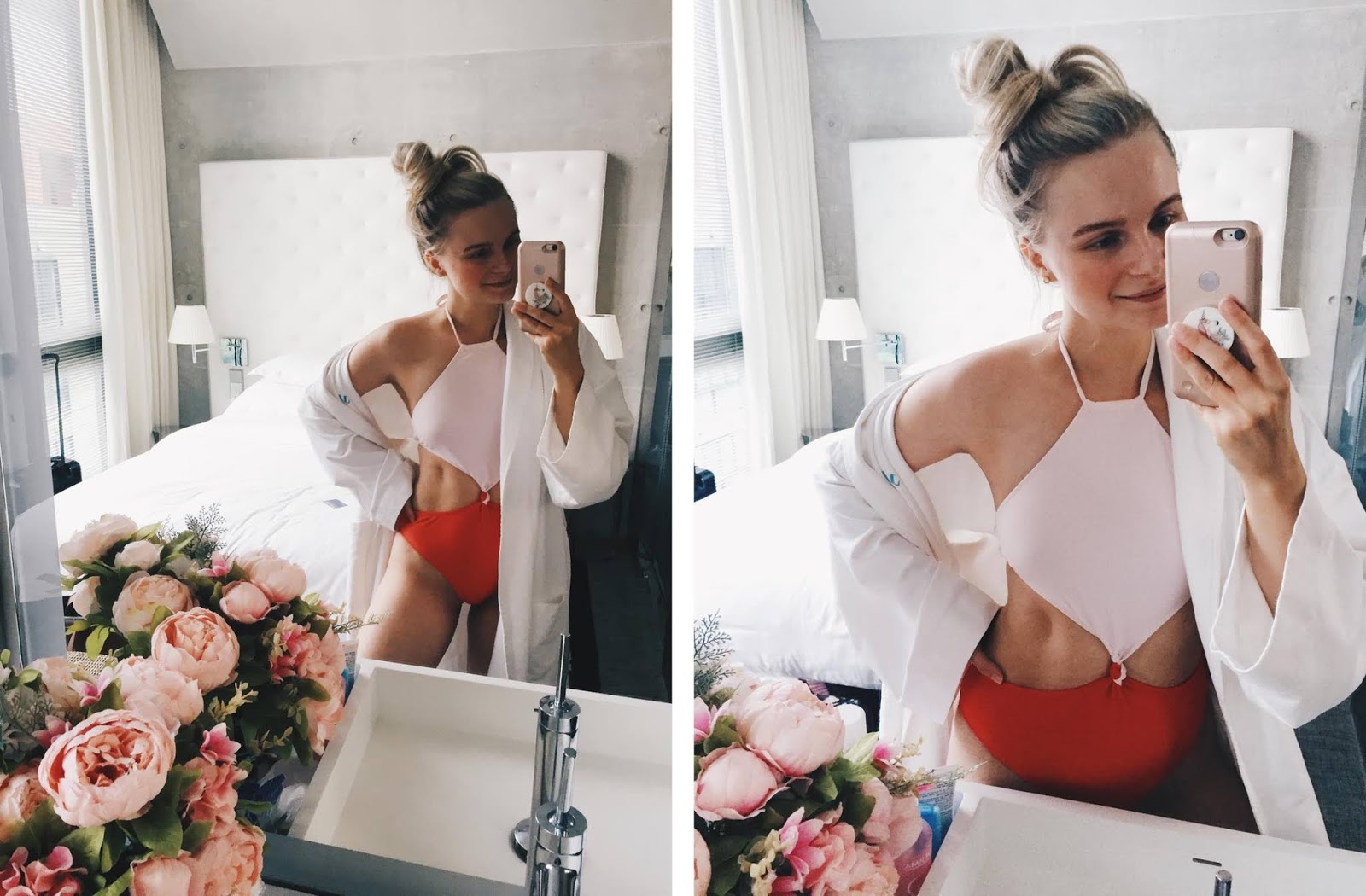 Let’s hope this is my first and last time living in a hotel. Although it was lovely, we would have MUCH preferred being able to move into our new place right away. The hotel was an added expense that we wish we could have avoided but it was either that or be homeless for a week – haha. 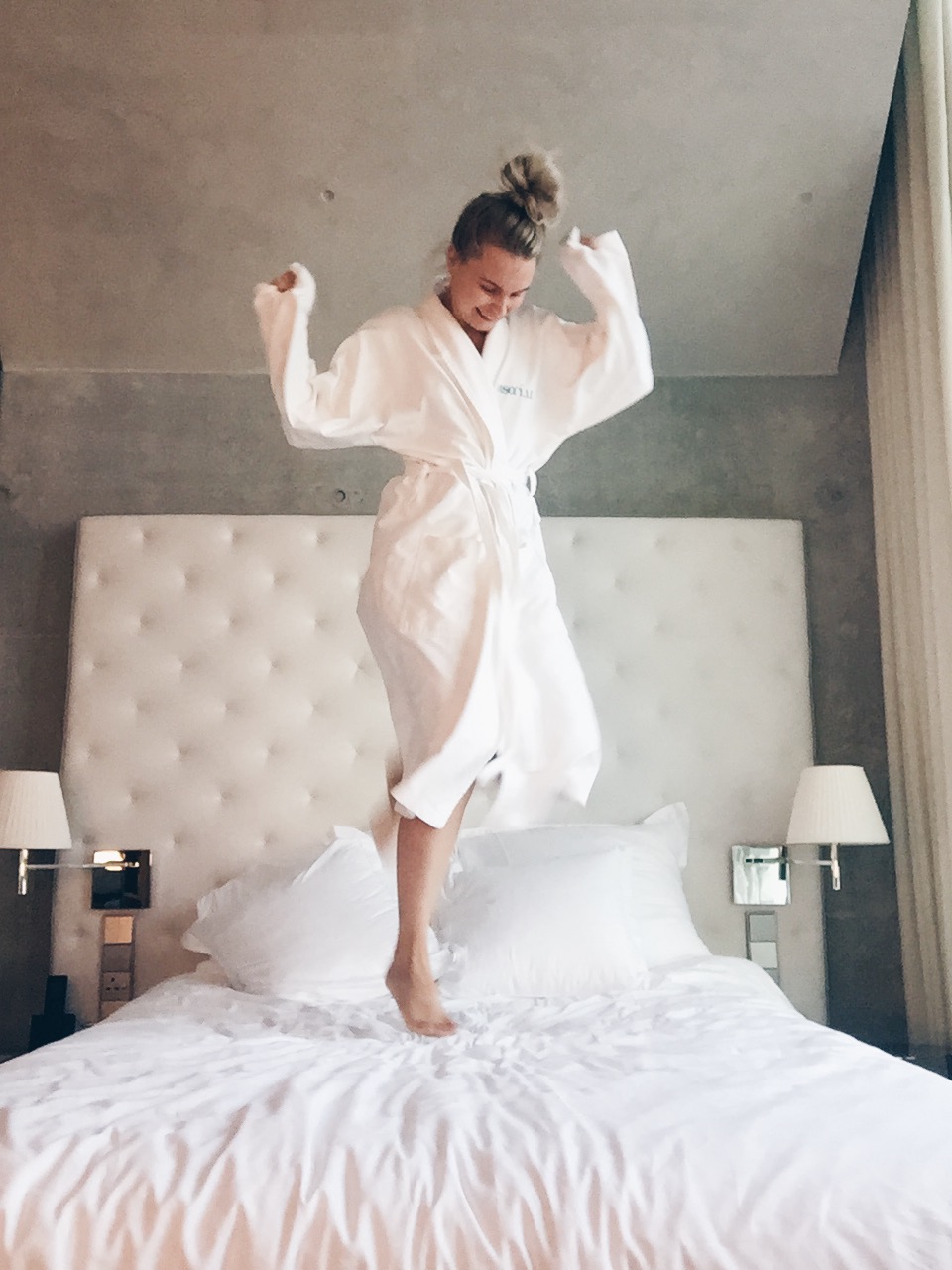 So the story is, we had a LOT of trouble finding an apartment to rent for this leg of the trip in Singapore. Apparently this is a big problem for the students of INSEAD that want to do this exchange program in Singapore and I really think the school should try to help to situation because it was SO stressful. It felt like there was a lot more help to find accommodation in Fontainebleau, France than there was in Singapore. 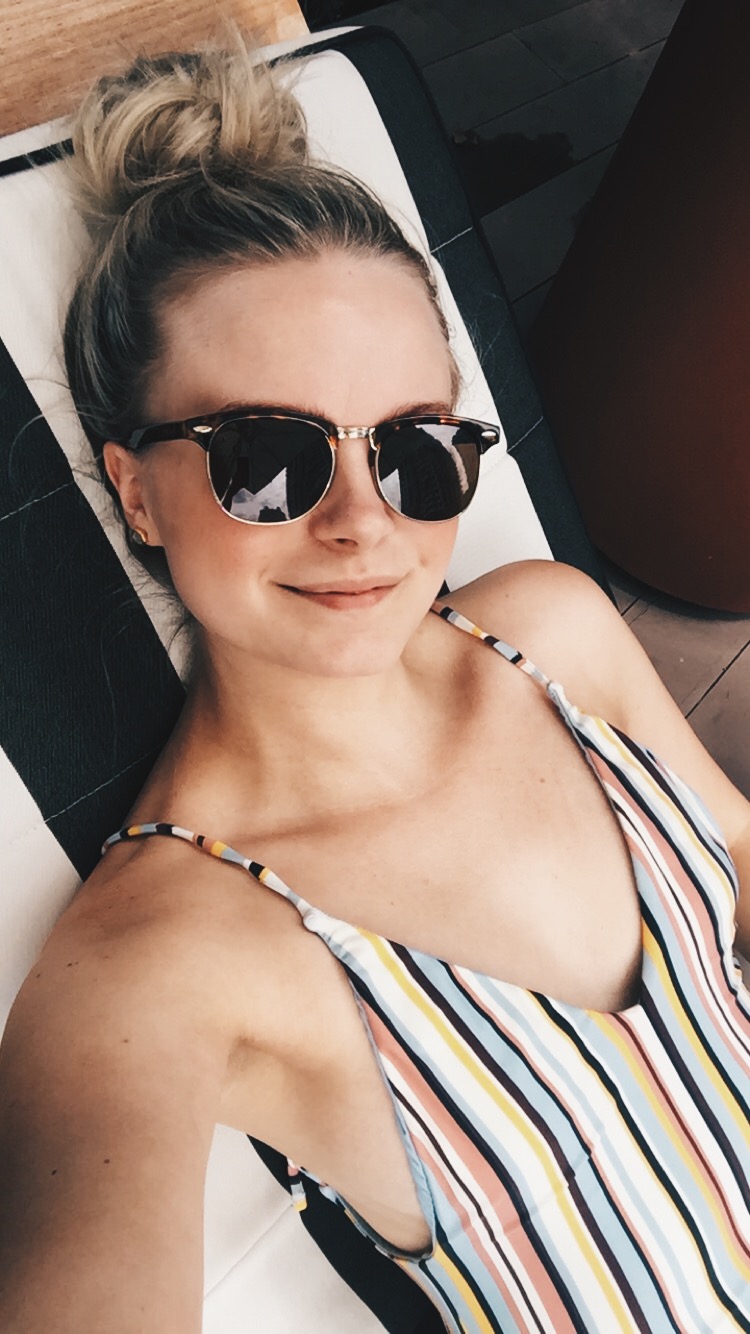 There was one point in the search that we considered changing Ken’s classes back to the Fontainbleau campus and try to find an apartment back in Fonty. This was after MONTHS of e-mails out to places in Singapore and getting told “NO” day after day. Almost no one here in Singapore wants to sign a short term contract, most want at least a year. We even tried to find a place that would allow us to sign for the year and then sublet the remainder of our contract but we had ZERO luck.

I left NO stone unturned. I spend days on end (no exaggeration, 9-5 at my computer) sending e-mails and messages out to anything I could find. Air BnB is also illegal here so that wasn’t an option. 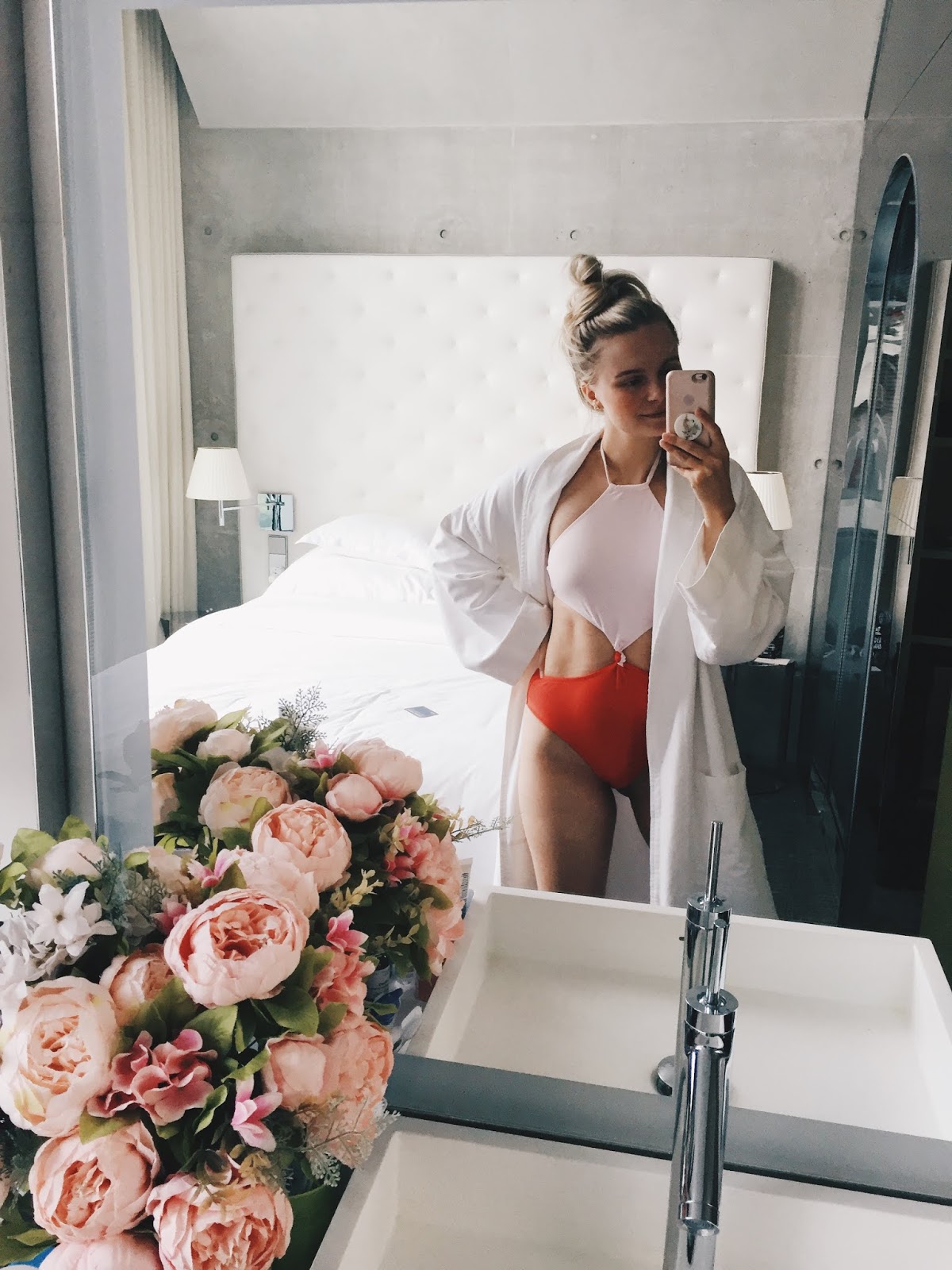 I even sent e-mails to places with NO windows, looked like a hole in the wall, a crappy futon for a bed – begging them to take us! And all I heard was NOPE, we want a long term contract. A lot of other people have had the same problem, so we were all starting to panic as the moving date got closer and closer, our flights were booked, visas were done, classes were scheduled BUT we had no where to live. 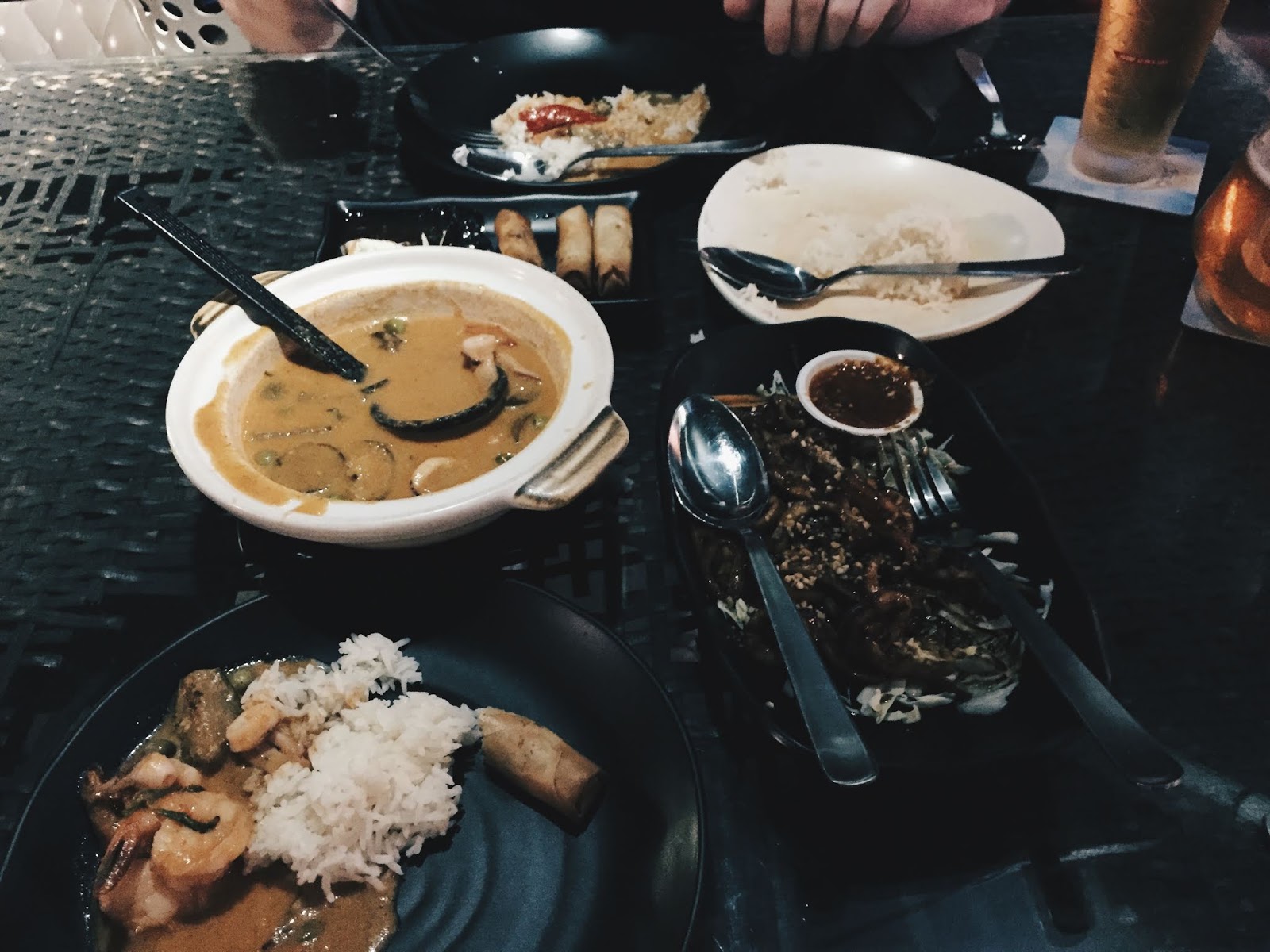 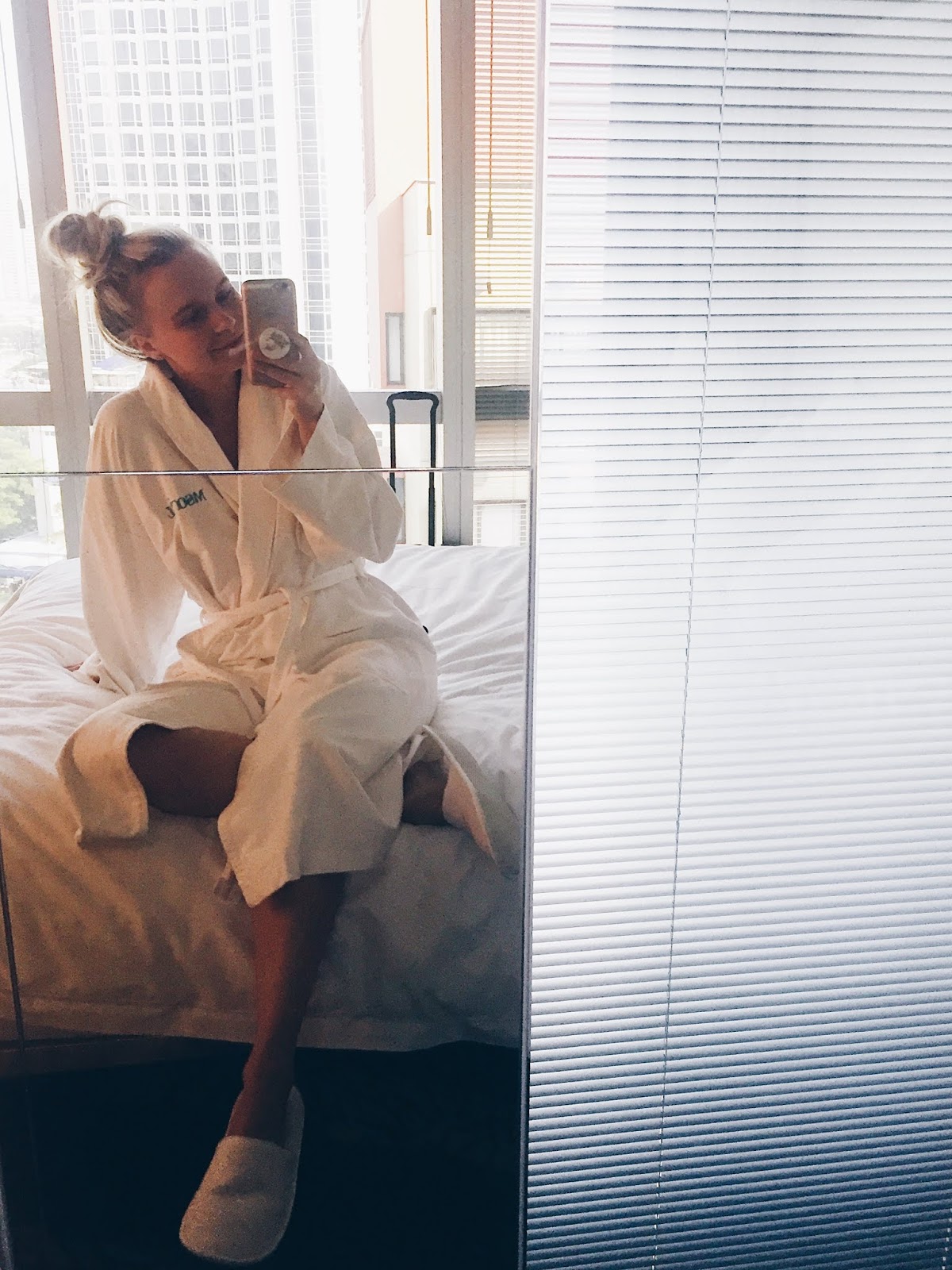 We were down to the last few weeks before the move. Ken was working 20 hours a day and didn’t even have time to check his phone or eat – so it was all on me to get this organized and HOPEFULLY get us moved to Singapore. I really didn’t think it was going to happen. I even started to look at the website where we found our Fonty apartment to see if anything was still available in France. It was that close! 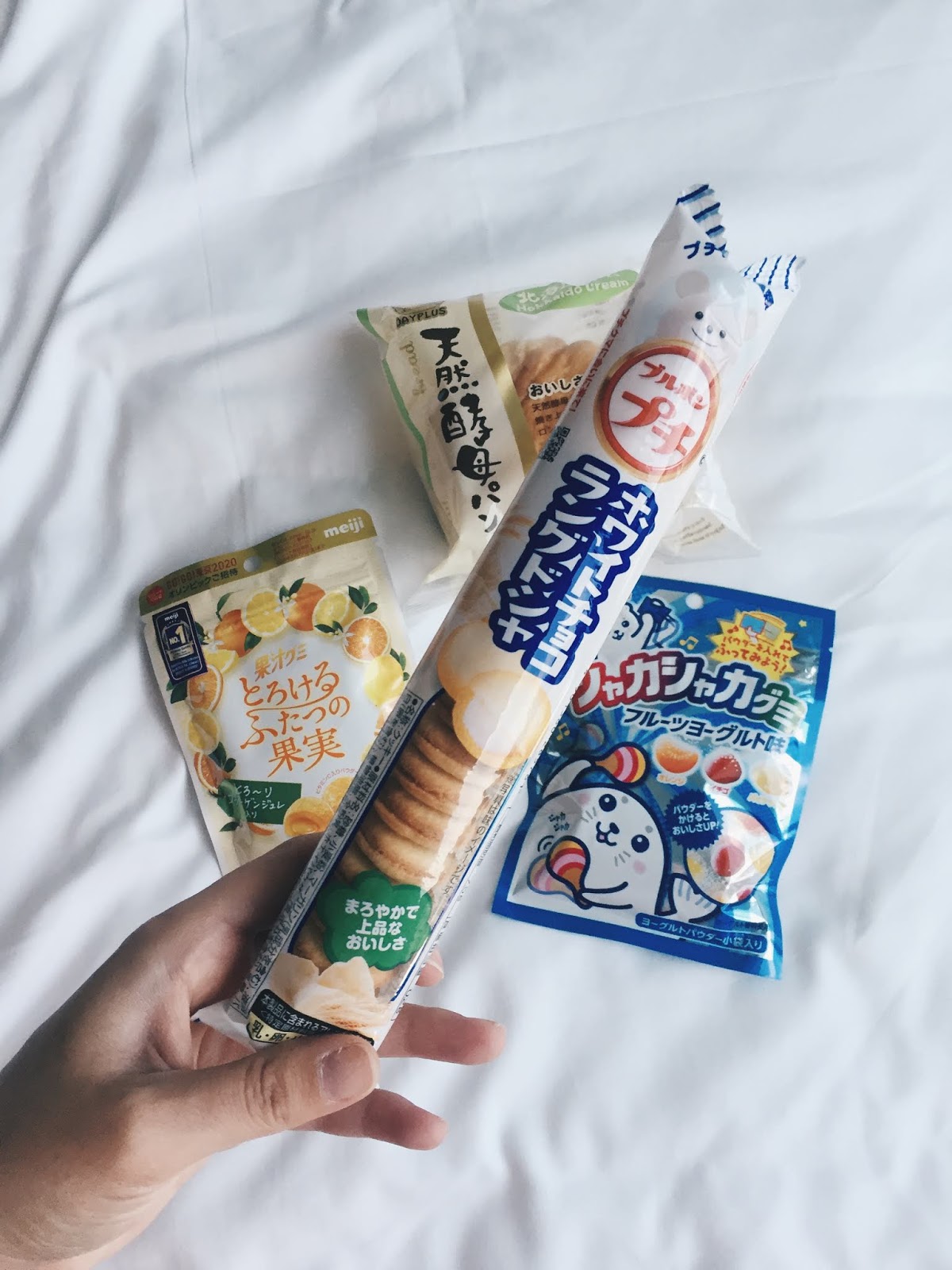 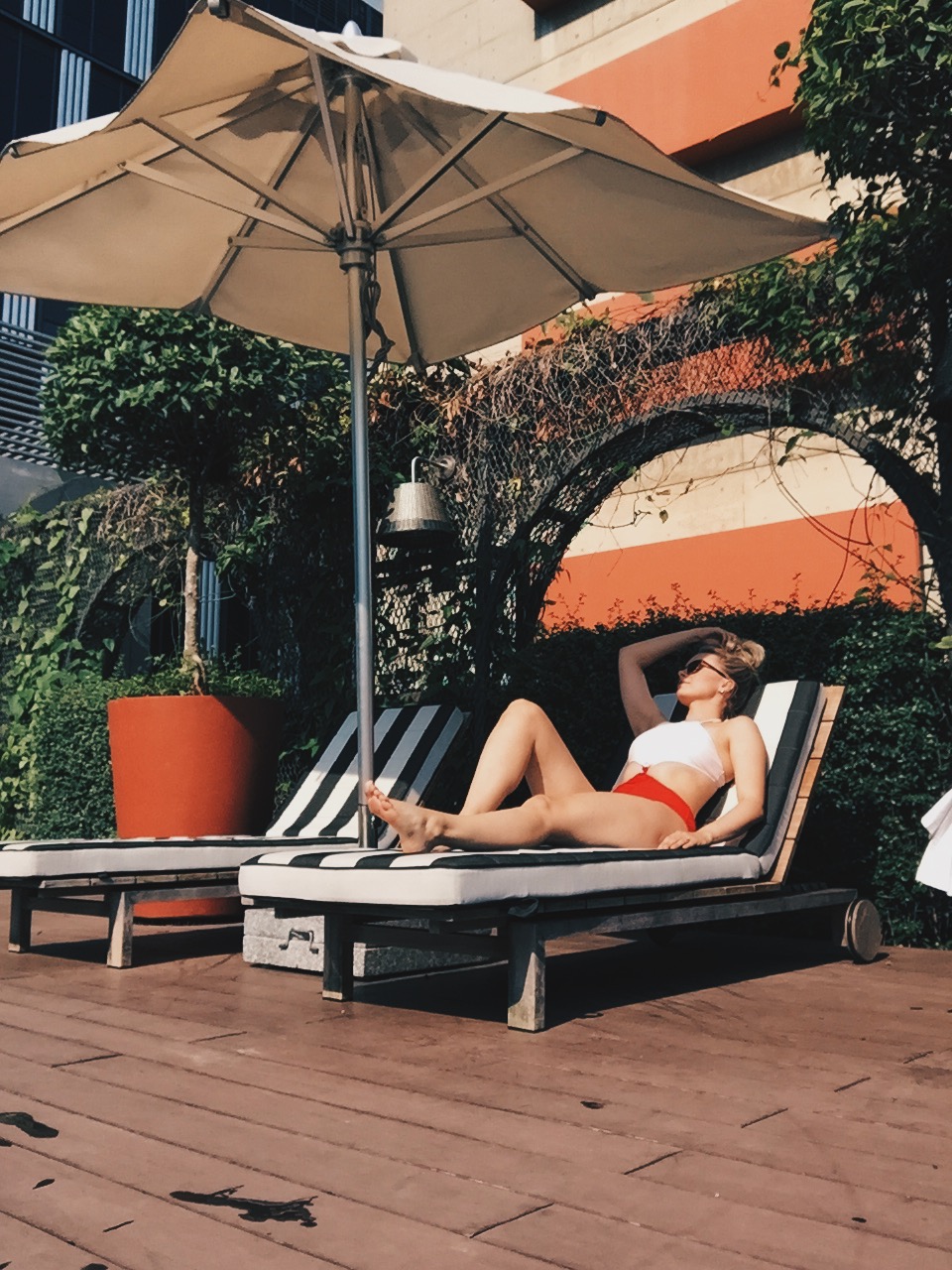 Just as we thought we were hooped, a very friendly real estate agent came to our rescue. When I first contacted her, she said there wasn’t anything available and she didn’t know anyone that had anything available.

BUT, a few days later, she messaged back asking if we were willing to bump up our budget a bit because she just had something come up. YES, YES, YES – the answer was yes! We will take it – haha.

We had no idea where it was, what it looked like but as long as it had 4 walls and a bed – we were happy to call it home. 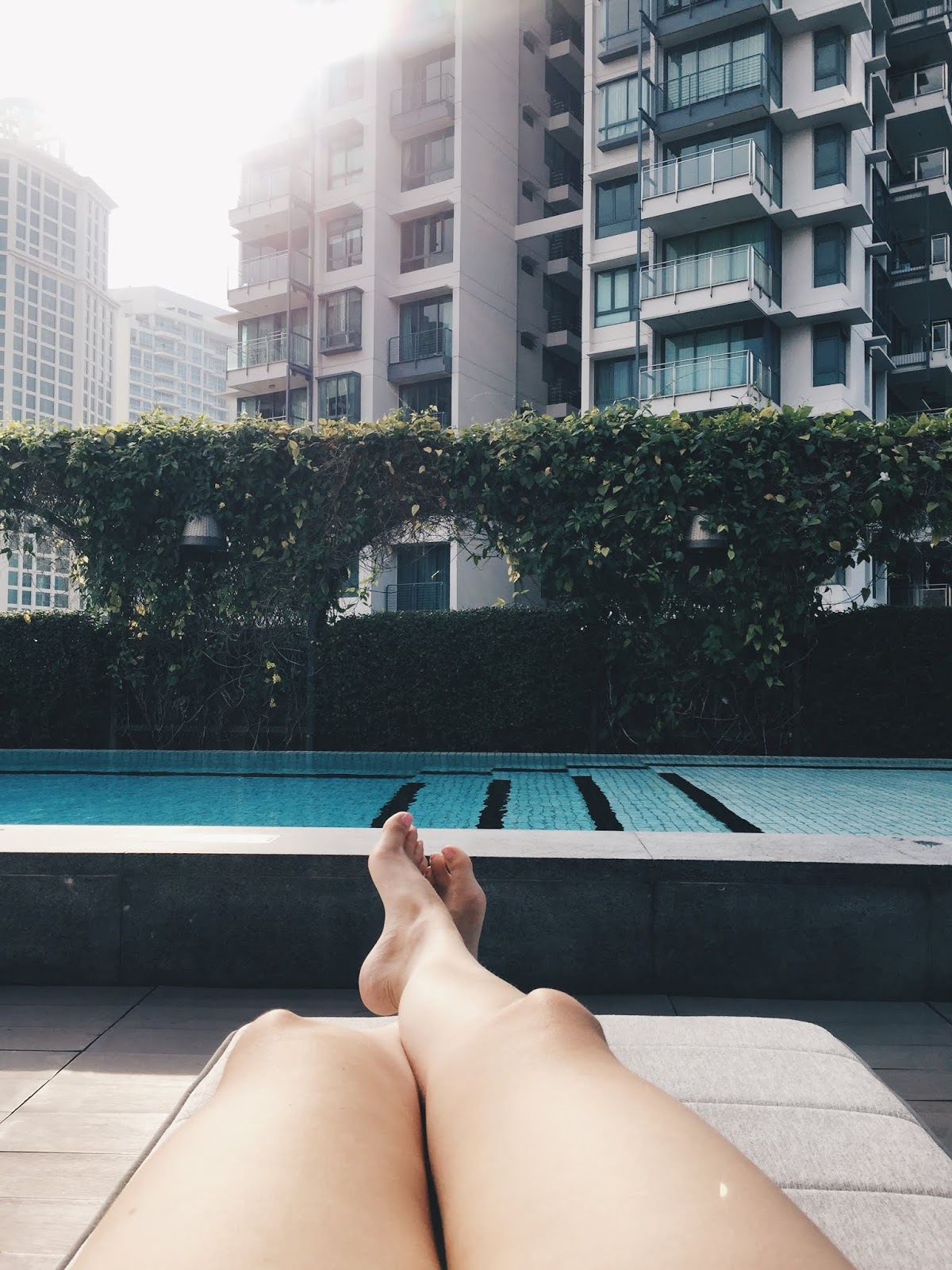 I’m sure I was super annoying those first few days because I was hounding her for the contract so we could be sure we were locked in. It took a few days of wondering whether it was going to pull through, so I was still franticly messaging other places just incase the ball dropped.

2 days later, the contract came through, we signed, paid the deposit and we were MOVING TO SINGAPORE BABY!

We were SO lucky to find what we got. SO SO LUCKY.

And it all came about from sending countless e-mails and old fashion word of mouth. The place we ended up with wasn’t listed anywhere, she just happened to know about it. 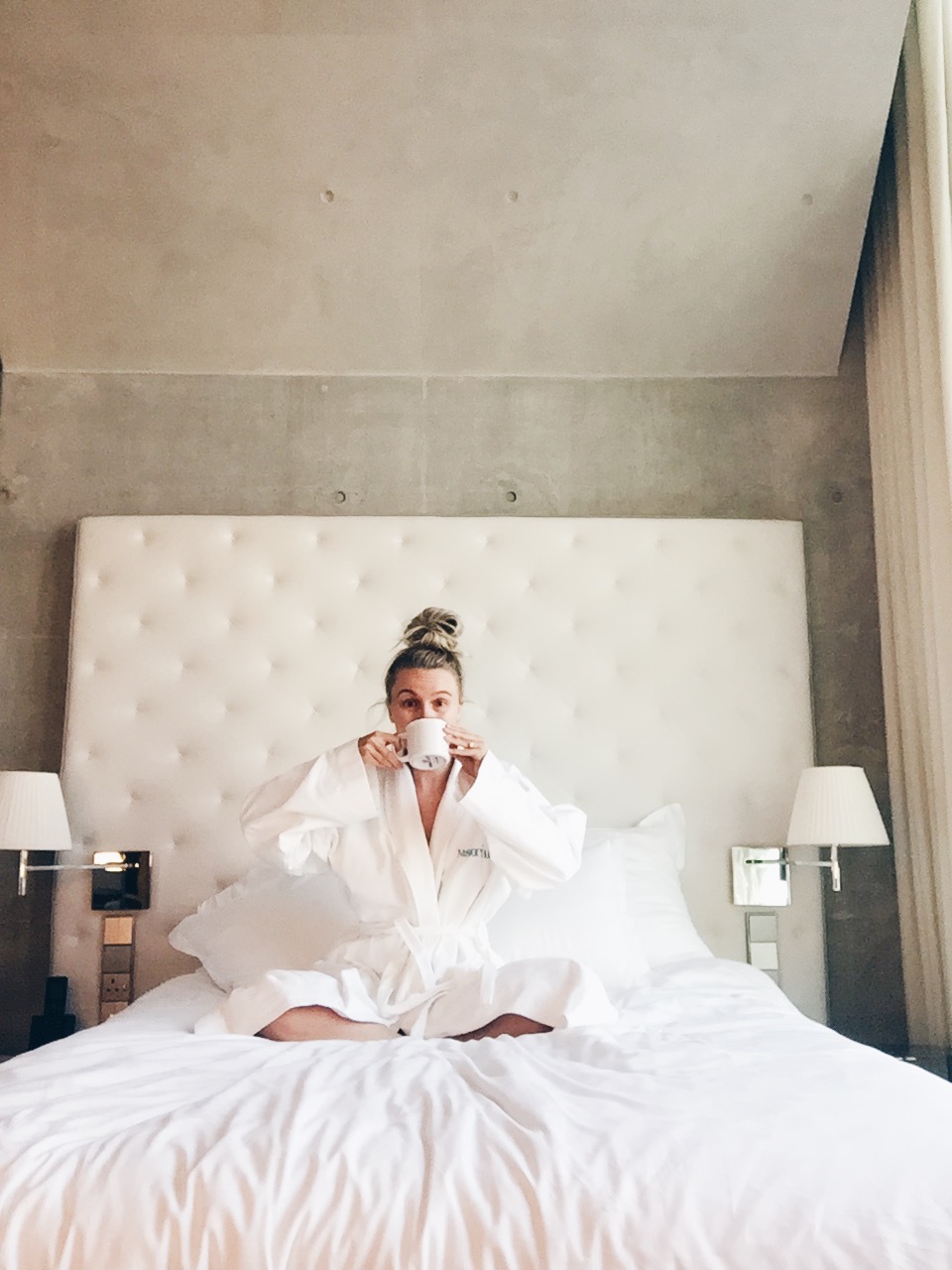 The only catch was that it wasn’t available for a week after we landed in Singapore. But after all the work that went into finding the place and thinking we might have to cancel and move back to Fonty, it felt like a small bump in the road.

So, we ended up living in a hotel for a week. We went from the airport with all our belongings, to the hotel and Ken started school the next day. What a whirl wind!

I think the housekeepers must have thought we were totally mad with all the stuff we had in that room (you can see how packed the room was in a recent vlog HERE). There was hardly any floor space, we were jumping over bags for a week, wearing the same clothes over and over to avoid digging through suitcases. 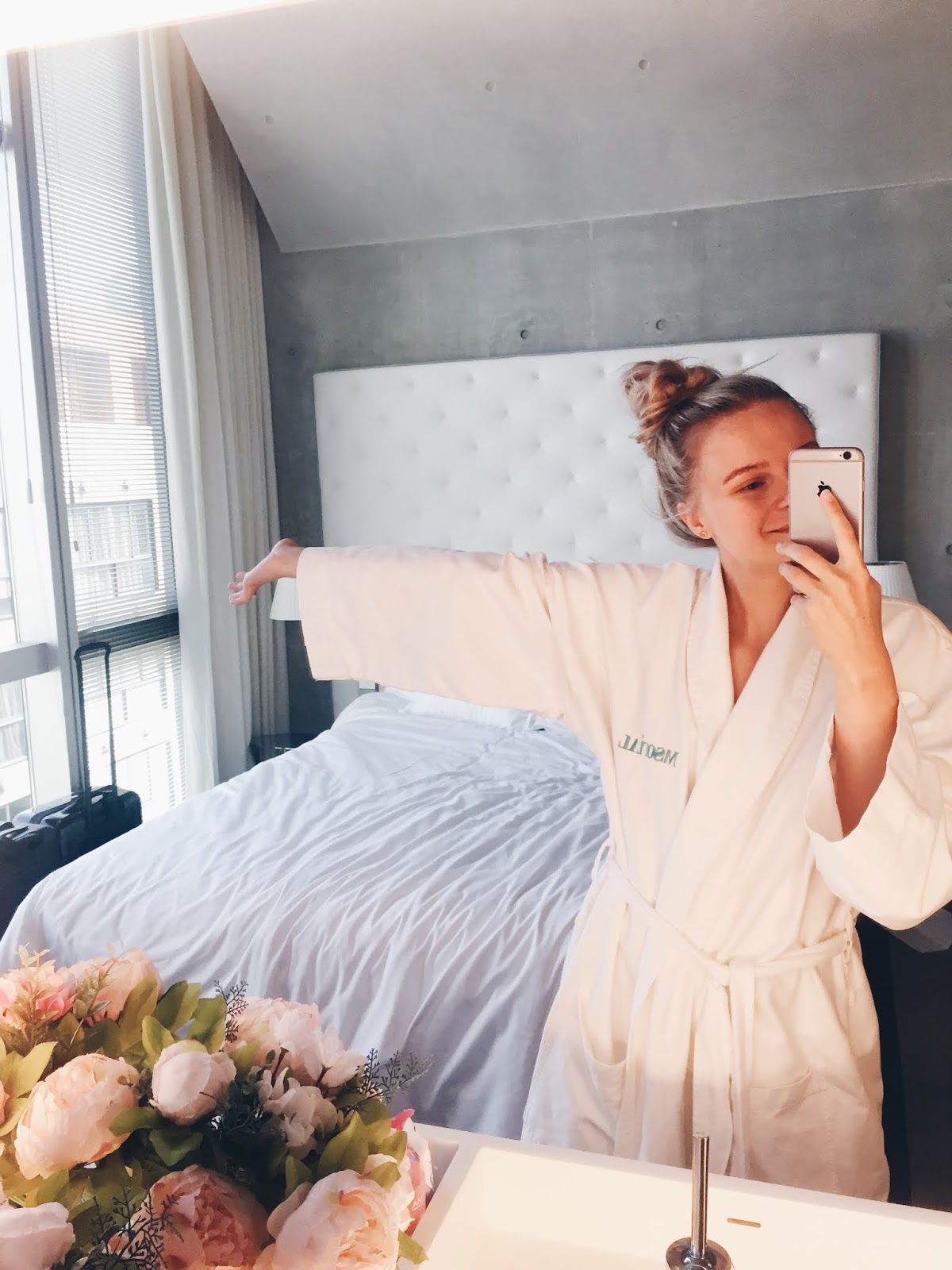 I even brought my silk flowers with me and put them in the kleenex holder to make the room a little nicer – haha. They MUST have thought I was crazy bringing silk flowers on a trip to Singapore lol. I was really tempted to tell them we were moving and not just on vacation and THAT’S why I had flowers with me. You can see them in the mirror in the pictures in this post.

So that’s why we were living a hotel!

We stayed at the M social and really loved it. Not a bad way to spend a week in Singapore. We would really recommend it. Make sure to check out my recent video to see much more of it HERE. 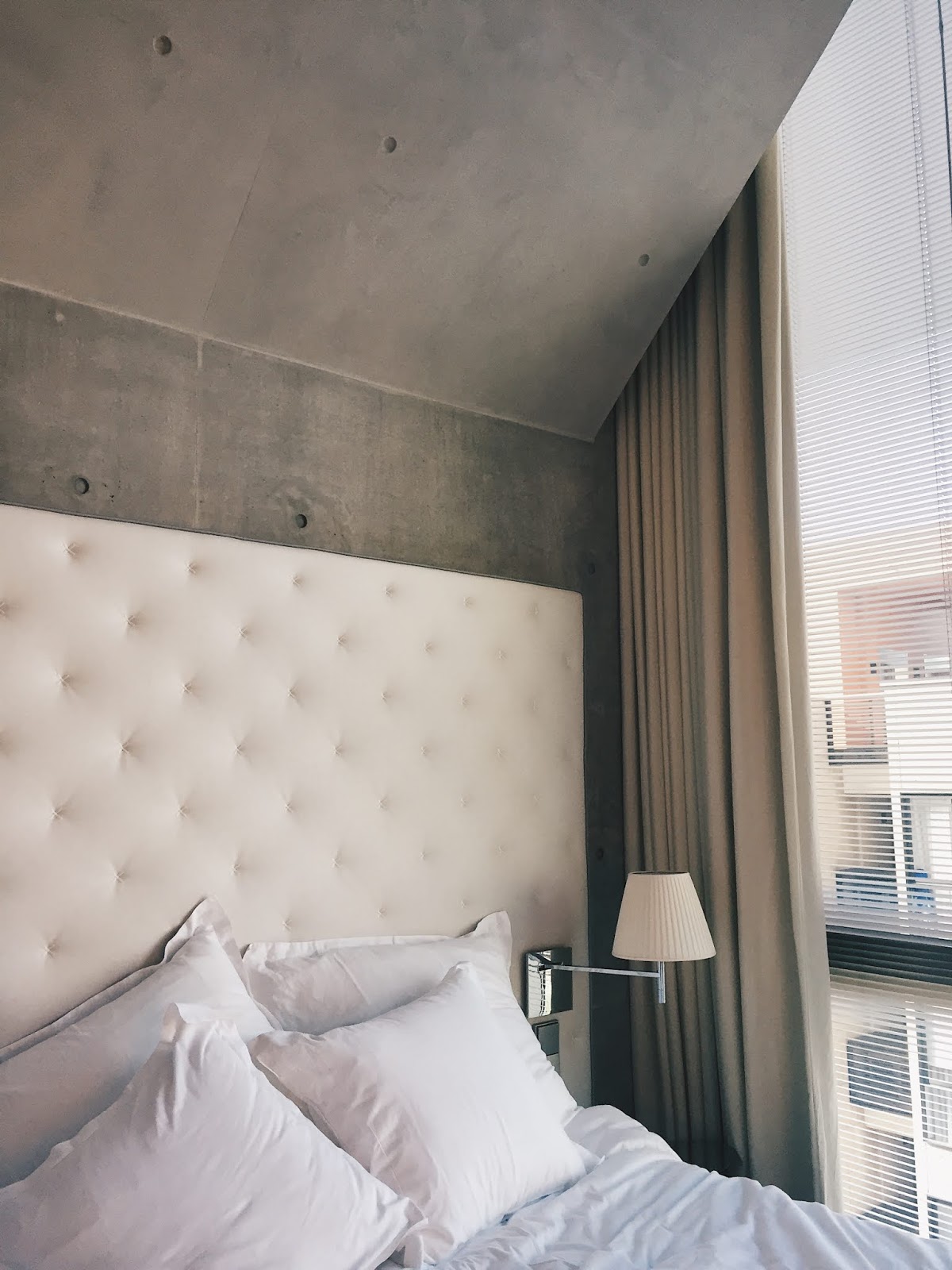 The journey is a little more up to date on my youtube channel so make sure you’re subscribed over there so you don’t miss anything – and follow on Instagram for daily bits!